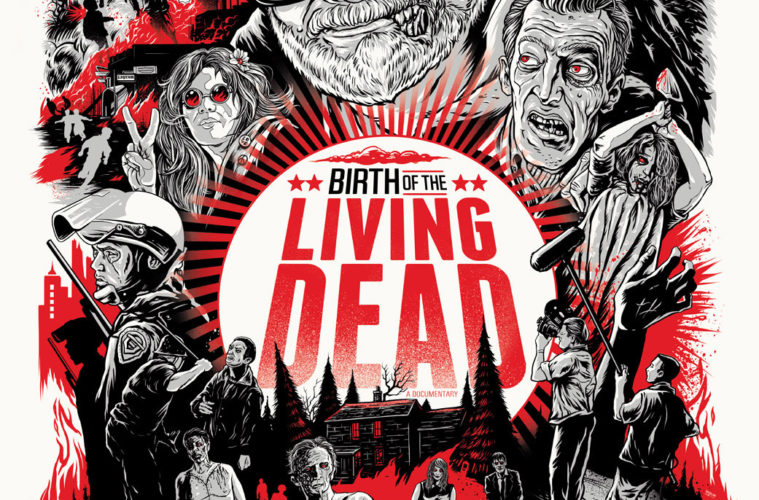 [Review] Birth of the Living Dead

Night of the Living Dead might never have happened if it wasn’t for children’s television pioneer, Fred Rogers. In the 1960s, college drop-out George Romero got his start in film when he was hired to produce educational shorts for Mr. Rogers Neighborhood. The gig resulted in the formation of a movie production company, then to commercials, then, finally, to his seminal zombie work. The connection is one of many pieces of trivia presented in Birth of the Living Dead, a thorough documentary that takes viewers from the film’s origins to its present influence. The first feature from Rob Kuhns uses conventional techniques, including one-on-one interviews and archival footage, to tell the story of how a “tiny little movie in Pittsburgh” went on to become an iconic, genre-changing work. Over the course of 76 tightly edited minutes, many of Night’s most memorable aspects are covered, from the significance of its African-American leading man, to its discomforting, bleak tone. Birth also looks at the undeniable influence the film and its creation – the zombie – has on every pop culture medium from comic books to TV.

Romero spends the most time in front of the camera as he explains the process of making and distributing his film outside the studio system, and the public reaction that often read it as a reflection of Vietnam-era cynicism. Despite the appearances of several experts, among them Pictures at a Revolution author, Mark Harris, and indie horror director, Larry Fessenden, the Bronx-born filmmaker remains the most compelling figure with his frank attitude and self-deprecating humor. “It looks like shit!” he says of a blood-filled clay hand he made for one scene, and the exclamation becomes a rare moment of criticism amidst the praise surrounding his celebrated amateur effort.

While Birth offers an intimate and appreciative look at one of cinema’s triumphs, its short length and structure often felt a bit limited. As each segment explored a different area of Night’s development, the experience felt more like an episode of Independent Lens than a theatrical documentary, an aspect that made more sense when considering Kuhns’ previous work in television. Even with its many talking heads and visual aids (the animated sequences are a nice touch), Birth adds little fresh insight to a film that has already generated decades of discussion.

Viewers will feel most rewarded, however, by Kuhns’ dissecting of Night’s production, which provides a colorful and inspiring portrait of guerrilla filmmaking from a pre-digital era. Throughout his commentary, Romero reflects on the film’s unorthodox shoot, much of which was made possible by community support and good old fashioned risk. Whether it’s the story of how actor/producer Russell Streiner won the sound mix in a chess game, or how one investor built a bridge for the crew, the graphically violent, “emotionless” zombie movie becomes strangely life-affirming as a labor of love not just for its creators, but for the city of Pittsburgh.

Birth of the Living Dead is now on VOD and in theaters. Check out the trailer above.