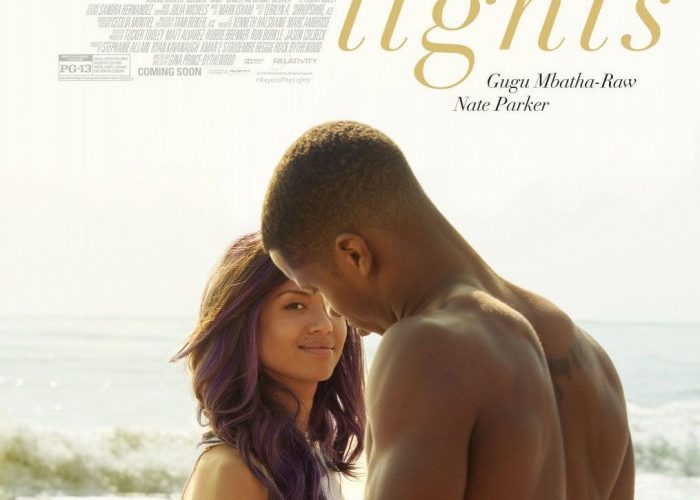 [Review] Beyond the Lights

The heady, emotional lyrics of Nina Simone’s Blackbird keep rising up under the skin of Gina Prince-Bythewood’s Beyond the Lights, revealing the earnest, striving soul beneath the glitzy glam surface each time they appear. Simone’s jazzy requiem burrows down into baggage accumulated by prejudice and disconnection, and when Prince-Bythewood’s protagonist, Noni, sings out, “If you’d only understand dear, nobody wants you anywhere” for the first time as a child, neither she nor the audience initially grasp how much that sentiment will haunt her life.

On the outside, Lights is a carefully calculated romantic drama that spins out the usual manifestos about the music industry devouring pretty young singers yearning for acceptance. Inside, Prince-Bythewood’s mastery of human relationships and her understanding of the way people connect with each other transforms this Gypsy-lite story of a mother unwittingly exploiting her daughter’s talents into something both entertainingly truthful and poignant. Make no mistake, though, like the director’s strong earlier work, Love and Basketball, Beyond the Lights excels at delivering the kind of satisfying on-screen romance the target audience came to see. In Gugu Mbatha-Raw and Nate Parker she’s also been gifted two performers that don’t wallow in their chemistry, but use it to spotlight and express their characters underlining desire to truly be ‘seen.’ Being seen is a simple enough concept, and in a film like this one—that starts with the young version of Noni (India Jean-Jacques) doing that first rendition of Blackbird, only to have her mother (Minnie Driver) make slight of her accomplishment—it would be all too easy to turn that idea into sentimental, faux-therapeutic rubbish. Instead, Lights specifically uses its genre as its greatest asset, hewing closely to a familiar structure that gives it the latitude to express its ideas in visual and emotional shorthand. When we catch-up again with Noni, she’s now played by the effervescent and formidable Mbatha-Raw, so good earlier this year in Belle, playing another woman struggling against a system that stares directly at her and sees everything but the person.

Decked out in the sexy accoutrements of modern pop singers and dating a rap star (Machine Gun Kelly), Noni is something of a Rihanna-type celebrity, allowing a bottom-line focused industry to package her up and display her for the masses. What she didn’t expect, of course, is to get lost in herself just as the world at large was discovering her. When she’s dangling over a hotel balcony, ready to end it all, she’s coaxed back by those simple words “I see you,” spoken by the cop on duty that’s responded to the 911 call. This is Kaz, a handsome, unassuming officer that might not yet truly see beyond Noni’s constructed façade, but who can comprehend what it’s like to be ushered into a life that’s been commandeered by an overly ambitious parent. Their blossoming romance goes exactly where you expect it to, but the way Prince-Bythewood curls the narrative around these two and their organic interplay edifies many of the predictable obstacles they will face.

As the parents, both Minnie Driver (Noni’s mom) and Danny Glover (Kaz’s dad) are terrifically effective, and neither is coming at this as the villain or monstrously clueless parents, but as men and women who have strived mightily for something and think they are making their children’s paths easier instead of more emotionally difficult. In fact, given how far it goes in staring down the very real tendency of the industry to reduce its women to consumer objects, it’s rather impressive that Lights refuses to make anyone in particular a real villain. There’s an intriguing sense of cause and effect, action and reaction, at work here that pulls apart the process and sets it next to how it affects the very human people involved. This means the audience isn’t forced into feeling false contrivances, but is encouraged to empathize with the characters. Nowhere is this empathy more strongly felt than in the Mbatha-Raw’s performance as Noni, that deserves an award nomination even more-so than her Belle work, in no large part because this character is more emotionally and psychologically complex. Trying to find that complexity, that real questioning of identity that goes beyond the bruises of sexism or mommy issues, is Mbatha-Raw’s task and she delivers in an unexpected way; she shows us the real Noni from her very first scene, and then unveils the superstar persona. Then, instead of dissolving one in favor of the other, she finds a peaceful way of merging the two. It would be excessively easy for Parker to disappear completely next to her, but he does some uncommonly good supporting work, being the romantic foil, drawing out his character’s own foibles and hang-ups, but also suggesting the sort of nurture and acceptance that Noni has never really been exposed to.

Beyond the Lights delights in being exactly what it is, which unfortunately, is going to something most will dismiss as standard date night fare without casting a second glance. Yes, at one level, it is a very good, yet predictable film perfect for couples looking for something both heartening but intelligent. At another, it delivers to us one of the most compelling and endearing female characters we’ve seen this year, and it turns out she’s hiding right there, beneath the girl everyone has been looking at all along. This is another minor gem in Prince-Bythewood’s directorial crown.

Beyond the Lights is now playing in wide release.