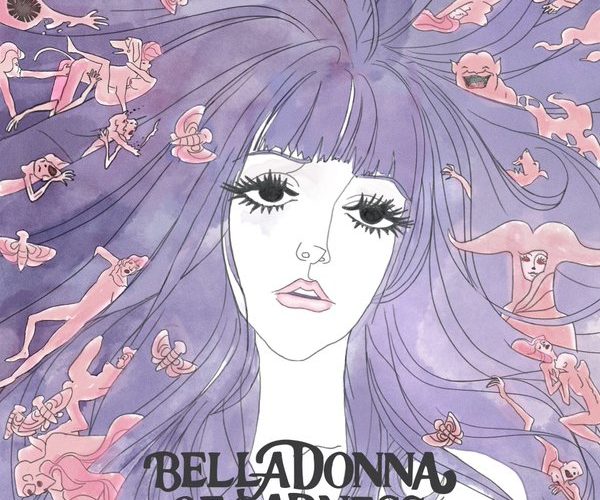 It all begins with Once Upon a Time. Such a simple introduction for Belladonna of Sadness, a 1973 Japanese animated feature whose newfound legacy includes a decades-long disappearance, a dramatic re-emergence, and a growing reputation as a frenzied, pornographic freakout.

The final entry in anime elder statesman Osamu Tezuka‘s erotic Animerama trilogy has remained largely unknown to even the most die-hard cult cinephiles, a fate determined after its commercial failure bankrupted Tezuka’s production company, Muchi Films. That explains why the psychedelic feminist fairy tale fell by the wayside as similar X-rated animated contemporaries, including the T&A fantasies of Ralph Bakshi, lived on to titillate and traumatize poorly supervised video-age kids. Nearly two years after being acquired by Cinelicious Pics, this Aquarius Age curiosity returns in all its fully restored, 4K glory to reclaim its rightful place as a cultural artifact whose explicit themes still resonate today. Directed by Tezuka’s frequent collaborator Eiichi Yamamoto, Belladonna focuses on Jeanne, a beautiful peasant woman whose brutal rape at the hands of a feudal lord enacting droit du seigneur, and subsequent betrayals by her spineless husband, send her running to the Devil (voiced by Ran actor Tatsuya Nakadai), who first appears as a small, phallic creature. As he grows in size and strength, Jeanne resists his advances on her body and soul, even as she’s tempted by promises of power. After suffering constant persecution at the hands of oppressive rulers, she fully gives herself over to this demonic benefactor, who then transforms her into a witch blessed with the ability to heal, destroy, and lure villagers into one of the most mind-bending orgies ever committed to film, where bodies become forever entwined and revelers joyfully shoot animals and fish from their orifices.

Inspired by Jules Michelet’s writings on witchcraft and Satanism, the whole grisly affair unfolds awash in painterly, pastel watercolors. For a Japanese production, its style is purely European, with character visages recalling the work of Vienna Secession painters Gustav Klimt and Egon Schiele. The high-art feel continues through the presentation of static images, where movement is provided by a camera slowly zooming in on figures frozen in one hellish moment after another.

A psych-rock soundtrack by Masahiko Satoh throbs and pulsates over this madness, often defining or heightening the tone with screaming guitars, playful xylophones, and frantic organs. The mostly silent Jeanne’s inner turmoil is also communicated by a chanteuse plaintively singing lyrics so thick with tragic melodrama that they would make V.C. Andrews proud.

As expected, the hardcore displays of dismemberment, plague, and sexual violence – all of which are presented with the brazen assuredness familiar to the down-and-dirty post-hippie era – provoke questions about the film’s intent, especially within the context of the period in which it was originally released. Compared with the shocking exploitation of the aforementioned Bakshi or later works like the puerile Heavy Metal, Belladonna‘s hyper-sexual imagery looks positively progressive as it actively aims to depict a woman’s struggle against a brutal theocracy. The focus does result in one boldly definitive moment, when, after Jeanne takes her true and final form, an awestruck Devil gasps, “You are even more beautiful than God.” After all, would not the greatest affront to a patriarchal religious state be to worship a woman?

For all its overindulgence in depravity, Belladonna stands as both an important forebear to a now-beloved genre and a confused, albeit earnest tribute to those who dare defy authority in order to elevate themselves. The film wouldn’t look out of place in a double-feature with Robert Eggers’ recent hit The Witch, another selection where dark magic looks pretty appealing compared to the thankless, punishing drudgery of piety. Now, if it could only get an endorsement from the Church of Satan.

Belladonna of Sadness opens today at the Metrograph, and will soon embark on a cross-country screening tour.