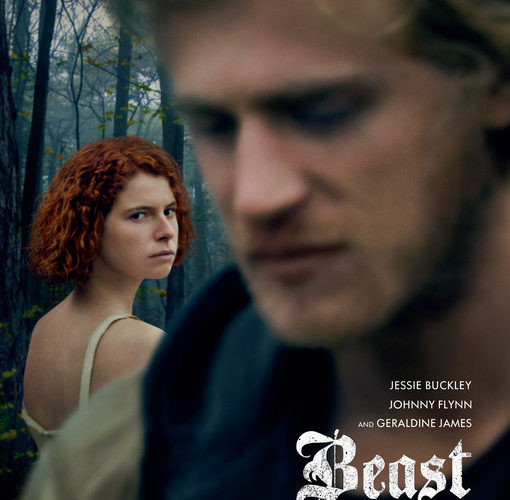 Everything is and isn’t as it seems with Michael Pearce’s genre-fluid romantic thriller Beast. What starts with the template of rich girl falling for local bad boy against mom’s wishes turns to a case of serial murder with assumptions made every second that confirm what we believe is real just as they throw everything out the window. Nightmares point fingers inward, physical evidence out. Love becomes a weapon for hope and understanding as well as a mask for impending horror moving closer to home from the periphery. Pearce delivers numerous environmental and familial causes providing potential reasons as to why these characters might have it in them to kill. But none are more than excuses. They merely complicate matters until the truth exposes that evil needs no motivation.

First comes the war between oppression (Geraldine James’ Hilary Huntington) and repression (Jessie Buckley’s Moll). The former is a commandeering force in her daughter’s life, pushing Moll to the point of tears with every interaction before closing with a, “Now we can be friends again.” It’s understandable that Moll would retreat inward, dutifully watching her dementia-riddled father out of helplessness and why she’d seek to rebel if an escape presented itself. So when her birthday is usurped by sister Polly’s (Shannon Tarbet) pregnancy, the attention shift allows her to leave for a reprieve of booze, dancing, and an unlikely knight in shining armor. That last part arrives as Pascal Renouf (Johnny Flynn), his rifle pointing towards the handsy boy refusing to take Moll’s “No” for an answer. We think we have Beast figured out when Pascal drives her home. He’s the antithesis of everything her family cares about and thus the perfect wrench to throw through their pristine façade. So we laugh when he returns to receive a cold dismissal from Hilary and cheer when Moll leaves her mother’s side to stop his retreat and invite him over. But as soon as things appear to progress as expected, the inevitable chastisement arrives differently. Moll faces her mother’s wrath not about Pascal, but leaving her young niece alone while a killer is on the loose. Suddenly a news program foreshadowing darkness in his past becomes a central plot point. And just as we wonder if he somehow is the perpetrator, Moll earns our warranted suspicions too.

From here Pearce fills in the blanks. We learn about Moll’s checkered past and the guilt she holds. We hear a laundry list of transgressions Pascal committed from a Huntington family friend (Trystan Gravelle’s detective Clifford). And soon both are put to questioning by the authorities about the night they met — the evening the most recent victim lost her life. Pascal has always been a person of interest, but now they have someone from a similar background as the deceased who is close enough to set things straight. But this relationship only blossoms after Moll’s desperation for freedom ignites. She has no allegiance to her class, just this man that she loves. And as fingers point more firmly in her boyfriend’s direction the town turns against both. It’s two pariahs against the world: a bullied, meek tour guide and the misunderstood townie who protected her stranger from rape. They are built as “beauty and the beast,” love burgeoning as a bigoted town looks on with paranoia and an unquenchable thirst for revenge. They are the innocents caught in a cesspool of fear and entitlement, scapegoats in a witch-hunt that had yet to bear any tangible fruit. Or had it? Are Moll’s dreams a manifestation of her terror as a young woman under threat or broken memories of her own actions performed in some kind of fugue state? Is Pascal’s temperament a byproduct of his constantly being on the defensive for crimes he didn’t commit or an example of exactly what he’s capable of doing?

Eventually we become as skeptical as the bloodthirsty horde. We start to accuse them too, shifting the blame back and forth between them until the realization that both could be guilty arises. Each step forward either supplies confirmation or deflects our gaze elsewhere. The whole becomes a psychological study not only about these two troubled characters, but also an audience too quick to judge and forgive. We let the joy of what’s formed between Moll and Pascal to cloud logic and allow the speculations of alternative vantage points to stories already told to damn them via heightened emotions. Buckley and Flynn keep us on our toes, their darkened malice turning to teary-eyed contrition until we’re left hopeless as far as figuring out which is more real.

Every corner delivers a surprise, each act of defiance transparent enough to harm more than help. Pearce tells his story of a serial killer through the peripheral what-ifs of a couple as believably uninvolved in the carnage as its possible creators. Love is shown to be a means towards salvation and misguided denial, the anger and passion within Moll and Pascal exposing their true selves regardless of what they have or haven’t done. Even if we discover they know nothing about the crimes, it’s hard not to wonder whether they’d be capable of worse. Truth is revealed as lies of faulty perception, monsters like Hilary staunch defenders of the innocent and taskmasters seeking to reform the fallen from their evil. Hate and love transpose, each a proven liability.

The end comes into focus only in the moment, its potential infinite thanks to a point-blank question and admission that might be yet another game within a pitch-black mystery pitting socio-economic fractures against psychological imperfections. Anyone can kill — the act pretty cut-and-dry when stripped of moral complications. In some instances we can only know whether or not we’re killers in the aftermath. Do we see the result and freeze with sickness or reach down to make sure the job is complete? Buckley and Flynn have the capacity to simultaneously embody the look and feel of both, their smiles hiding something sinister beneath any apparent warmth. Beasts present themselves in many forms after all. And between silent complicity, selfish denigration, and cold-blooded psychopathy, Pearce shows the damage always stings.

Beast is now in limited release.