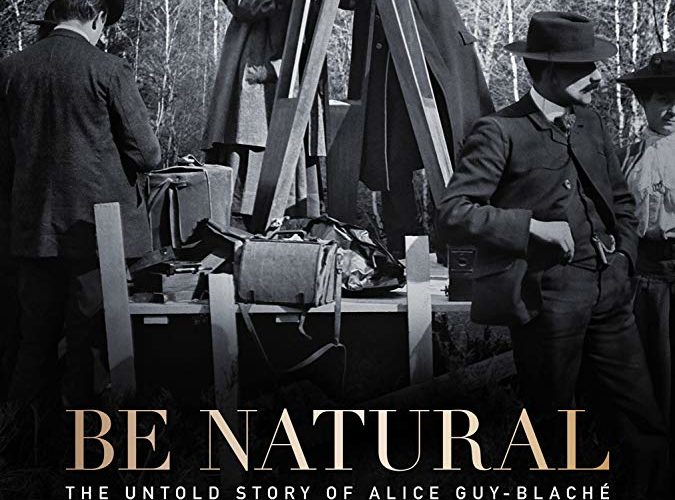 Review: ‘Be Natural: The Untold Story of Alice Guy-Blaché’ Spotlights a Forgotten Master

How does someone like Alice Guy-Blaché become forgotten in time? Director Pamela B. Green answers this question while doing her damnedest to rectify the error in the arresting documentary Be Natural: The Untold Story of Alice Guy-Blaché. Narrated by Jodie Foster and featuring interview snippets from a slew of impressive female filmmakers (Ava DuVernay, Patty Jenkins, and Julie Taymor, among others), many learn about Alice Guy for the first time (!) while others express a limited knowledge of her accomplishments.

Born in 1873, young Alice Guy split her young life between Chile and France, eventually becoming a typist to support her family after her father’s death. She would find a solid gig at Gaumont in the 1890s as a secretary, working directly with those who were experimenting with motion pictures. Green highlights that Guy was there at the “surprise” screening at which the Lumière Brothers presented La Sortie de l’Usine Lumière à Lyon (Workers Leaving the Lumière Factory) in 1895. Inspired by all of this, Guy began directing short films for Gaumont, expanding the form with both narrative structure and aesthetic manipulation. Consider La Fée aux Chouxa (The Cabbage Fairy), her first film. In it, a fairy snatches babies from a cabbage crop. The imagination here breaks from the straightforward documentation established by the Lumiere Brothers, adding a step to the creative process.

Only a decade later, Guy would marry Herbert Blaché and form Solax Studios, setting up shop in Fort Lee, New Jersey. Green and her team do well in reminding their viewers that early 1900s New Jersey was proto-Hollywoodland. Graphics accent all of the studios (some of which still exist) that came up in the Garden State. At Solax, Guy–now Guy-Blaché–would make some of her most impressive work. A standout is Falling Leaves, a film that’s extremely nuanced for 1912. To say that it holds up is an understatement.

All in all, Green estimates that Guy-Blaché wrote, directed, or produced about a thousand films in her tenure, from first female director to Head of Production at Gaumont to studio owner and operator at Solax. Much of this information is pulled from a couple of mid-1900s interviews with the filmmaker herself, who lived until she was 94 years old. That she had to outlive all of the other male pioneers of cinema to recover her name from the shadows speaks volumes.

With an engaging structure, we literally follow Green as she decides to explore the life of Guy-Blaché, running down leads, from potential family members to old newspaper clippings to recovering past film reels. Consider the tension of an extended scene wherein Green contacts a woman who’s a descendant of a man who may have worked with Guy-Blaché. With each new piece of confirmed information, a new person is contacted to turn over another long-forgotten stone. And while one wishes some of the production quality was a bit better (there’s some tough interview audio here and there), it rarely detracts from the larger mystery being solved. Foster’s narration is also a value add if ever there was one.

An essential watch for cinephiles and beyond, let Be Natural: The Untold Story of Alice Guy-Blaché be the first step in your discovery of a talented artist that had as much to do with the innovation of cinema as those already firmly established in the canon of the craft.

Be Natural: The Untold Story of Alice Guy-Blaché is now in limited release.