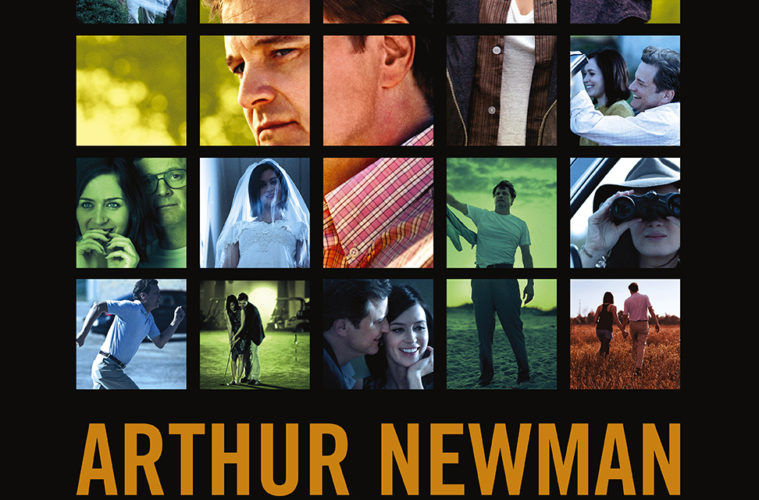 Sometimes you must leave in order to return and accept the responsibility of a family easier to leave behind. Life is rough and it has a nasty little mean streak intent on derailing dreams and aspirations to test one’s ability to cope and prevail. Who doesn’t want to pack up a bag and take to the road with all his problems growing smaller by the minute until they’re erased forever? Who wouldn’t want to hit that reset button to forget regrets and guilt so a second attempt at happiness isn’t marred by the mistakes of the first? You can’t blame Wallace Avery (Colin Firth) for trying to reinvent himself or for his ultimate desire to set things right when escape proves impossible. Just because you excise yourself from the situation doesn’t mean it’s finished. Every relationship includes multiple parties and Wallace has a son (Sterling Beaumon’s Grant) and girlfriend (Anne Heche’s Mina) he’s willing to toss aside. Telling them he’s camping on the beach for the night is all that’s needed to help them believe the ocean took his life so Arthur Newman can be born. With ties to his boring life gone he is free to become a country club’s golf pro far away from his failed existence. Traveling towards that goal, however, embroils him in the affairs of a troubled woman named Mike (Emily Blunt) who proves his yearning to run away isn’t a unique one. Kindred souls on a path towards honest redemption, this odd couple soon discovers the people around them aren’t why they’ve run. It’s the fear they were the ones to let it all go wrong.

Written by Becky Johnston and directed by Dante Ariola, Arthur Newman is an interesting take on the idea of leaving. You hear stories of people with two families or deadbeat parents that walked out on loved ones never to be seen again, but how often do two likeminded characters meet and take their changing identities to the extreme of breaking and entering? Unable to reconcile past truths with unrealistically hopeful presents, Arthur and Mike start living as different people they meet each night to avoid the inevitable end of their fantasies. They follow unsuspecting couples home and when those owners leave swoop in, play make-believe, eat their food, and engage in sexual acts they never would think of doing together when trapped in their own skin. It’s a borderline unhealthy, cathartic road trip towards Terre Haute, Illinois that eventually leaves each lead’s soul naked to the other. Yes their escapades are harmless besides the personal, psychological toll taken, but while they’re cavorting without a care in the world there’s also the ones left behind suffering through the pain of loss. While Arthur and Mike revel in the excitement of his sexual awakening and her thieving to distract themselves from thinking of those they abandoned, his son starts wondering about the time he wished he could spend with his father and her family is left completely alone. Maybe this is better than the absenteeism in plain sight they had provided, though. Maybe knowing they weren’t coming back was better than thinking they didn’t care.

These are captivating themes that work at times when juxtaposing Mike’s breakdowns and Arthur’s nebbish docility against their giddy, rapturous affair as well as when showcasing Grant and Mina’s newfound friendship in their mourning of Wallace. Unfortunately, the film seems less intent on dealing with these concepts than it is in creating the farcical comedy Mike and Arthur’s relationship unavoidably falls into. Sure there are serious rough patches when their charade is found out by outsiders they had hoped to dupe, but any issues created are their fault. They’re caught in a self-destructive pattern only broken by hitting rock bottom; their ability to live under false names only possible if they can forget their pasts. I think the abrupt tonal shifts from laughter to crying simply ask too much of us. With that said, the performances doing the shifting are quite good. Firth evolves from start to finish as his inhibitions and insecurities melt away to expose a man unafraid to live life for himself. Forever under the pressure of everyone around him, he worked a desk job and lived inside a monotonous set of routines because it was the only way to cope. He shied from confrontation, accepted the perceptions of others as truth, and really was a man imprisoned. Let free by the mercurial Blunt, her mood swings and promiscuity provides him a person to care for and one to let loose with. While physical, their relationship also teeters along the line of father/daughter as they give the other what they’ve always coveted—someone to attach to without obligation.

The same can be said for Beaumon and Heche once their Wallace Avery loved ones club of two meets at his now vacant home. Both kept Wallace at arm’s length and now regret not having made the time to know him better. They furnish each other with a sounding board to vent frustrations and reveal the hole his absence left. Their emotions are genuine and their interactions believably awkward, but the bond formed can’t help coming off cold and detached. Using one another to move closer to the idea of Wallace makes any connection together moot as they yearn for what’s missing. It’s the complete opposite of Arthur and Mike filling that void to ignore what created it. Despite authentic portrayals from all, the way their actions unfold onscreen sadly can’t quite live up.