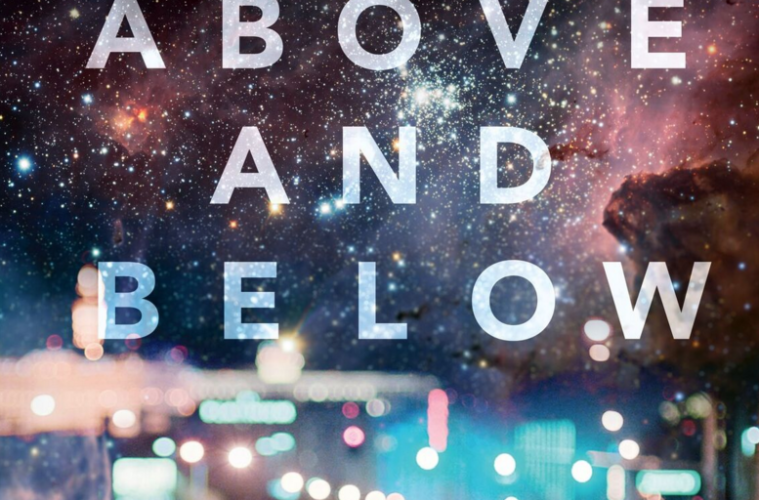 [Review] Above and Below

Writer-director Nicolas Steiner’s graduation film has nothing to do about moving on to new stages of life. Above and Below, his dramatized documentary, rather hones in on lives in stagnation.

The title and the connection between his subjects are contained within one gorgeously constructed shot about three-quarters through the film, moving from an upside-down April, trapped on another planet in a Mars simulation, down to the desert with David stuck right there on it, before dissolving beneath the dust to the small hovel tarpaulined off in Rick and Cindy’s sewage tunnel and culminating in the Gollum-like blackness harboring Godfather Lalo.

While the camerawork often frames whichever of the five happens to be on screen in some sort of isolation, either within the confines of a costume space helmet or the tight circle of a drain pipe, the people in the frame have different levels of community. The desert superficially connects the subjects (David in California; April in Utah; Rick, Cindy, and Godfather Lalo beneath Las Vegas) but past the surface, these people have interior lives too different to be effectively combined.

April, the non-homeless Army veteran who dreams of being one of the first visitors to Mars, always seems the odd woman out. A homeless exploration, following the cycle from cause to effect to the survival techniques that simultaneously keep them going and keep them down, stands still when we come back to a woman with the luxury to dream of space travel. The thematic relationships between her and the others are never quite established, leaving us with two interesting halves of a documentary, ineffectively combined. Its two hours become overwrought with cutesy flashes that flit along the edges of the honest, hardscrabble tales Steiner has unearthed.

Eschewing the forms of documentary early, the film constantly toys with the viewer’s perception of truth in its narrative, bouncing between artistic talking heads and indie film-style musical breakdowns. These extended musical montages are some of the liberties taken with Steiner’s subject matter, along with the addition of visual metaphors to bridge the gaps (such as the life cycle of ping-pong balls from play to litter) between otherwise unrelated points. These sloppy transitions feel off-center from the laser-focus found when profiling born-again ex-trucker David or Rick and Cindy’s tumultuous but utterly necessary love in the face of their rainstorm-threatened tunnel home.

These stories of capturing intimacy are where Steiner excels — intimacy between the tunnel dwelling couple; between April and her dreams; David, his land, and God; and between Godfather Lalo and the respect-driven underworld. This intimacy extends beyond the scope and scale of standard civilization’s picket fences and apartment buildings. Cinematographer Markus Nestroy’s use of hostile, unnatural light conjures forth images of urban horror similar to Katsuhiro Otomo’s manga Akira. However, many of the cuts and interplay between subjects seem like filler rather than commentary; the lightshows of LEDs and flashlights dancing off the dank walls of sewers reveal no more than a flashy visual sensibility.

Though focusing in on one too many subjects, this superficial harshness, that of the edges and recesses of the world, softens with Steiner’s loving introduction, reflecting our routines in their static embrace of poverty.

Above and Below opens in limited release on Friday, April 15.