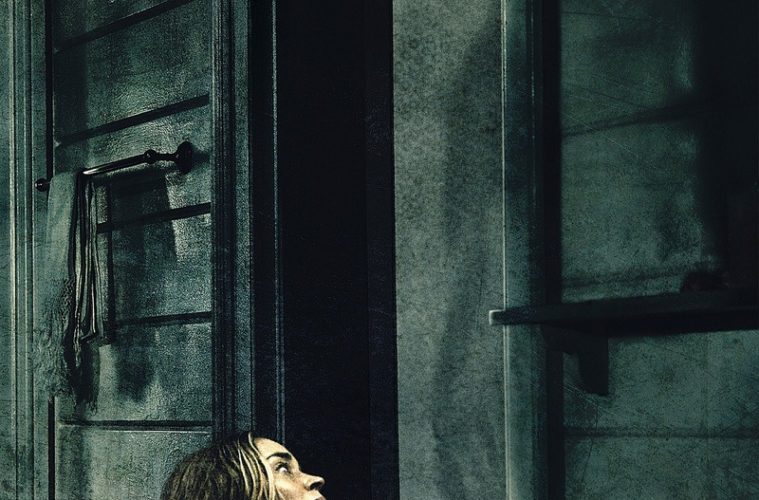 Review: ‘A Quiet Place’ is a Spielbergian Thrill Ride Powered by Genuine Fear and Emotion

The world is terrible, and full of monsters. So says the core of solid dread within John Krasinski’s A Quiet Place. Informed by more than just his multi-hyphenate skills and assured suspense chops, it’s macabre storytelling that taps into an ever-evolving anxiety around safety, stability and overall control of our circumstances. In a thinkpiece-ready age where almost every film seems to be viewed against the current climate, Krasinski’s creature feature could veritably stand-in for the anxieties of the now. Thankfully, it prefers to remain a ubiquitous commentary, and a lean, mean Spielbergian thrill ride to boot.

The film’s appealing low body fat stems from Krasinski’s excellent handle on efficient (if on-the-nose) exposition. We’re introduced to the not-too-distant apocalyptic future populated by scant survivors and blind predators via blunt headlines and lingering shots on Lee Abbott’s (Krasinski) obsessively culled research. He knows more than we do about the world he, his wife Evelyn (an A-game Emily Blunt) and their children inhabit, but not by much. Wading through loss, and expecting a new baby, they live their lives in a silence thrust upon them in order to survive, and are barely figuring it out ahead of us. Such is the scope of the film: a tight simplicity wound only tighter with every passing minute.

The Abbott’s dynamic is the film’s foremost competency. Throughout, Lee and Evelyn tackle the seemingly average task of raising their children (one of whom is deaf, Regan, played by Wonderstruck‘s Millicent Simmonds), via chores, homework, etc. One could almost imagine a straightforward and serviceable Americana yarn – were it not for the bloodthirsty beasts lurking just out of frame. The ensuing thriller built on these core relationships invokes the likes of Close Encounters, Jurassic Park or, more recently, War of the Worlds. However, Krasinski’s hand is deft enough to make A Quiet Place feel entirely his own, alluding rather than aping. Abrams or a Duffer brother, he is not. While it may very well be secondhand Spielberg, it works like gangbusters in an incredibly satisfying way. The entire second half unfolds a string of set pieces that are familiar enough to prompt some warm feelings of inventive homage, but mostly feel new, and exclusively at home here.

The mounting tension is saddled onto the four (and essentially only) leads, all of whom do more than their fair share. The film’s narrow scope allows the room for each member of the family to complete natural and compelling arcs, but the cast’s ability to anchor the emotional stakes is a feat in its own right, and an area where most other films in this arena go off the rails. Between Blunt’s casting and Krasinski’s multiple credits, both of whom are new(ish) parents, you’d be forgiven for thinking this a mere navel-gazing vanity project about the woes of parenting. The two, however, are so perfectly up to the challenge, that any notion of a vanity project is of great disservice, if not outright incorrect.

Their collaboration results in an increasingly rare gift: a concise bit of popcorn thrills with a finger on the pulse of an evergreen fear. Read in the moment, or even a generation from now, A Quiet Place muses on a world of chaos and nurture, with purpose and hope to be found in between. It asks us to be tough, but warm, because the world is terrible, and full of monsters.

A Quiet Place is now in wide release.