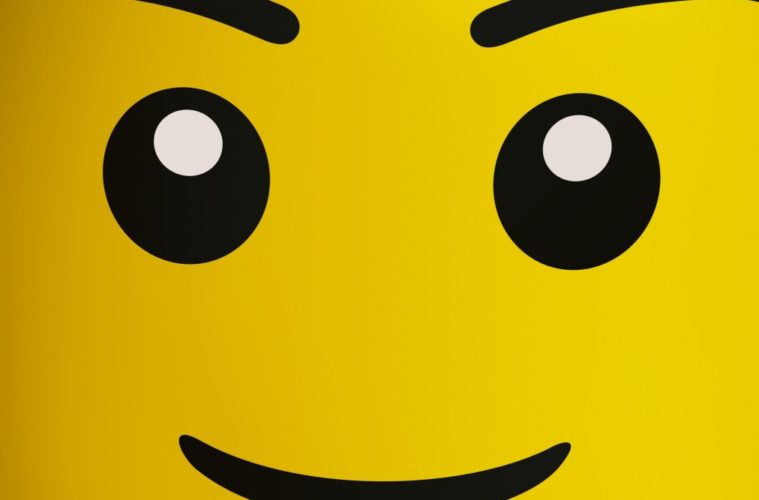 A LEGO Brickumentary is a business move, not a movie. Everything that was indeed awesome about the company’s eye-opening The LEGO Movie, including the goodwill it garnered, is spent by this poorly-punned documentary, which boasts the mandatory fun of a corporate event. In an earlier era, this kind of project would end with Tone Lōc rapping about building LEGOs; in our world now, it wheels out the likes of guitar-playing shaggy dog Ed Sheeran to talk about how he likes playing with LEGOs, and features a throwaway end credits track from DeVotchKa. (Cool dork and NBA star Dwight Howard also appears for good measure to throw in his endorsement.) Forget the tentpole projects made from whatever is dumped out a toy chest, this is a bleaker result from the modern blockbuster movement that is toy cinema.

Oscar-nominee Kief Davidson and Oscar-winner Daniel Junge are the directors contracted to convert outsiders who had their curiosity piqued by Phil Lord & Chris Miller’s 2014 hit. Their honorary speaker is an animated figure voiced by Jason Bateman, who hand-holds the viewer through the company’s history and significance as the company’s own Mr. DNA. Of course, Bateman also offers winking asides about which head piece his character should be wearing. But instead of providing charm, the hired-hand context of this movie gives its riffing of The LEGO Movie’s sense of humor the naturalness of protocol.

A LEGO Brickumentary paints the Denmark-born company as one that belongs to the people as much as its suits, with non-execs creating their own business from the creative demand for the pieces. One guy creates a Mars rover that becomes a finalist to become a bonafide LEGO offering; another entrepreneur makes the type of mini-guns that the Danish-based company will not. As G-rated propaganda for the LEGO cause, A LEGO Brickumentary is sure to recognize the folk who comprise the brand’s culture of creative opportunity. There are the “Master Builders” who dream up new constructions with old pieces, or the fans who attend gatherings like “BrickCon” to compete in various LEGO-based competitions and show off their original creations. The LEGO fan culture even has its own slang, such as the popular term AFOL (Adult Fan of LEGO). Other juvenile abbreviations abound as well for words like POOP, CRAP, and SNOT (Studs Not on Top).

It’s fitting that when this movie initially references The LEGO Movie, it’s at the – spoiler alert – live-action sequence from the third act, in which Will Ferrell and his on-screen son exemplify the movie’s center message about the agelessness of imagination, and the attitude of looking beyond the instructions. It was a narrative revelation when the film played to wide audiences, but is clear now to be part of a company’s entire reinvention, one that was in place within the subculture well before 2014. To see real life examples of this can sometimes be surprising, but it is not enlightening about creativity beyond different applications for LEGO pieces.

While the film’s Defcon 1 nerd alert blares ever so softly and constantly, A LEGO Brickumentary gets worrisome when it comes to that whole equality thing, by the fault of both the talking 99% white men in the film, but also the filmmakers themselves. A man and a woman are used to represent the alternative LEGO users out there, these two specifically bound by matrimony and their brick interests. Depressing, then, that the wife’s importance is relegated to being the man’s “1-by-5,” which is defined by the husband himself as the “rare hot girl in the LEGO community” – the company doesn’t make a 1-by-5 piece. (“I’ve got my 1-by-5,” he says.) To counter this, the filmmakers then introduce a middle-aged woman who makes grandiose LEGO displays. She might even be the best one in the game, but she does not come with the “1-by-5” fanfare. Instead, the inclusion of this multi-award-winning creator (who makes Rivendell from “Lord of the Rings” during this movie’s span) is simplified to what the late cartoonist Tim Negoda would call “The Girl” of the entire pack.

Nonetheless, the significance of a LEGO piece is indeed diverse, with this doc touching upon as many possibilities as it can. When it thinks out the toy box, some leads are pretty curious, like with artist Jan Vormann, who uses the colorful pieces to patch up small cracks in urban landscapes. Or, there’s the professor who wants to compute the possible configurations of five different LEGO pieces, which testifies to their creative possibility. There’s also the toy’s potential as a therapeutic activity, and the doctors who study autism that believe building LEGOs can provide a crucial teamwork exercise.

With all of their different stories, Davidson and Junge are able to cover enough territory to fill a feature length’s running time, but the final product lacks narrative organization. Twice the movie uses the “We’ll get back to that later” storytelling hook. It makes for multiple bookends and false climaxes, in which the story’s main framing device is constantly changed. What’s the main event here? Is it the creation of a life-size X-Wing LEGO model? The events of Brickcon? Or the three LEGO pieces in space that are mentioned in the beginning of the film, but not revealed until the very end? This could be the result of six listed editors for a project (along with two directors), or it might just be LEGO’s ideological greed getting the worst of this project.

Still, there is no problem greater for this documentary than a soulless existence. A LEGO Brickumentary must be karma, capitalism style, for the pure bliss we experienced watching, and re-watching, The LEGO Movie. Now, what is basically a company’s employee orientation video is able to get distribution from a major indie force (RADiUS-TWC, of the Weinstein Company), while taking up scant silver screen real estate from filmmakers of genuine independent expression. A LEGO Brickumentary has no business in theaters outside of LEGOland jurisdictions.