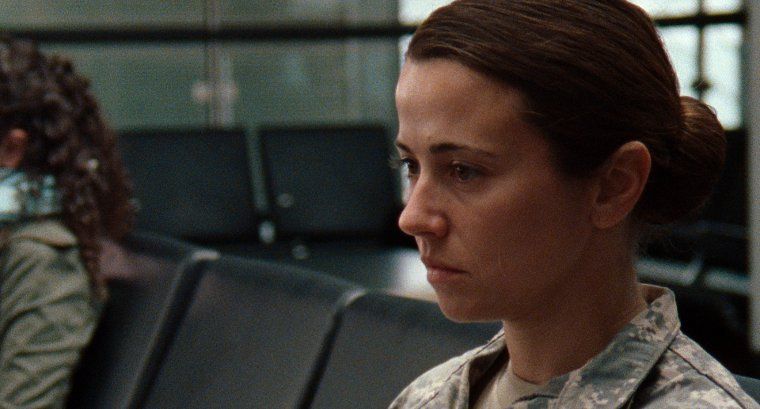 Despite finding success in ER and a few supporting feature roles, I always find it hard to dissociate Linda Cardellini from her iconic lead performances in the short-lived Freaks & Geeks. Her latest film will work to tear away that image further, as Liza Johnson’s Return sees the actress returning home from war and dealing with family life. Michael Shannon co-stars as her husband, in what looks to be a role reversal from his turn as the tormented spouse in Take Shelter. The scale is small, but it looks like a promising drama and we’ll be able to see it next month. Check out the trailer below via Apple for the film also starring Mad Men‘s John Slattery.

When Kelli (Linda Cardellini, Freaks & Geeks, Brokeback Mountain) returns home from war, she expected to slowly but surely settle back into her life with her husband (Michael Shannon, Boardwalk Empire) and kids in the small town she grew up in. But she gradually realizes that the life she left behind is no longer there waiting for her. Depicting Kelli’s struggle to find her place in a life she no longer recognizes, Linda Cardellini delivers a tour de force performance, leading an all-star cast that also includes John Slattery (Mad Men). Return arrives in theaters February 10th with a VOD release the same month on the 28th.