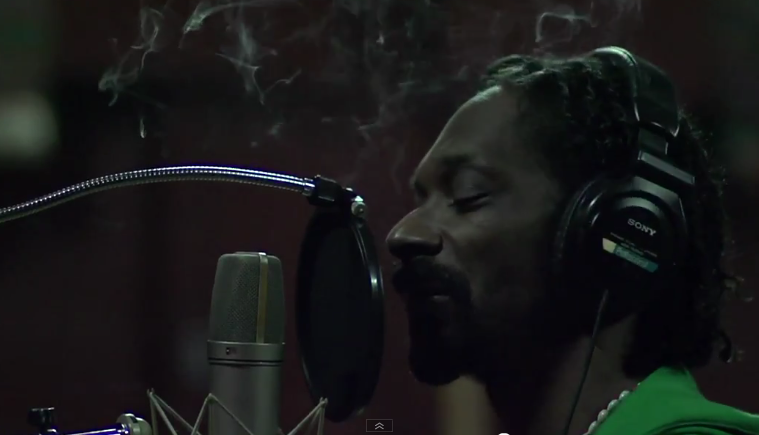 As many rappers come and go, Snoop Dogg always seems to be lurking in the background ready to pounce on a new venture. That has never been more true now, as he has “reincarnated” himself into a reggae star named Snoop Lion, leaving his rap career behind. The star captured this transformation process in the aptly titled documentary Reincarnated, which is set to premiere at the Toronto International Film Festival next month.

We’ve got the first trailer for the film today, which seems to dive into Mr. Lion’s past before heading into his new path. It certainly looks to be on the entertaining side, rather than any sort of hard-hitting expose on his life. As he lights up, it heads into his recording process and leaving a life discussing guns and violence to more peaceful surroundings. It should at least go well with a viewing of The Harder They Come. Check it out below, along with his new single La La La, and follow his Tumblr for more info.

Reincarnated will premiere at TIFF in September.