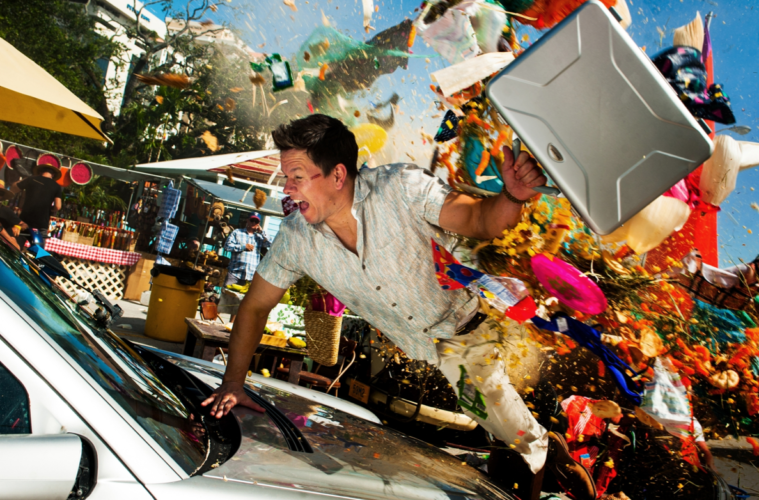 Beginning with his debut feature and ending with his last film — before shifting toward an interest in Hollywood melodrama (five of the ten features made between 1969 and 1970) — “Early Fassbinder” feels like the key to unlocking the director’s major influences. Here we see the teachings of Brecht and Munich’s Antiteater group, the echoes of the French New Wave, the love of American gangster pictures, and more. While not as accessible as major works like Ali: Fear Eats the Soul and The Bitter Tears of Petra von Kant, Michael Koreskyargues in the liner notes that the films are “political and personal, confrontational and moving… bringing to light uncomfortable truths about his country’s legacy and postwar complacency.” – Peter L.

See Also: Early Fassbinder Hits Criterion: A Look at Love Is Colder Than Death, Beware of a Holy Whore & More

Baz Luhrmann’s spectacle-drunk adaptation of The Great Gatsby is exactly what its pedigree and trailers have suggested; a big hot mess that indulges its director’s penchant for lush, decadent imagery and grand romantic pronouncements. Whether you personally consider that a good thing or a bad thing may directly relate to what you think of F. Scott Fitzgerald’s classic novel, and how willing you are to let Luhrmann take you on his visually tasty tour of the roaring twenties. As a Luhrmann movie, it’s all the usual giddy glitz with a dash of cinematic maturity. As a worthy distillation of Fitzgerald, it’s mostly, as Daisy Buchanan might say, “a beautiful little fool.” – Nathan B.

Coming out of Norway and sporting a Foreign Film Oscar nomination, Joachim Rønningand Espen Sandberg‘s Kon-Tiki is a handsomely-made action-adventure film that feels, for the most part, like a relic of Old Hollywood. Featuring beautiful cinematography and simple characters, Kon-Tiki tells the true story of Thor Heyerdahl, the Norwegian explorer and writer who, determined to prove that South Americans had settled in Polynesia, crossed the Pacific Ocean using only a wooden raft. – Dan M.

The journey took eighteen years and a number of huge-scale features  — many bad ones, no less — but, finally and fully, Michael Bay has become self-aware. There are many who will, understandably so, take Pain & Gain as more of the same from one of American cinema’s most infamous living voices: gratuitous violence, bracing homophobia, the treatment of women that launches past objectification and into something far more dangerous, a sense of humor in tune with that of a 12-year-old, and a meatheaded view of incident, all of which dialed so high that any worthwhile critical discourse has been almost entirely cast off. Pain & Gain “has” all these things, yes, and it certainly embraces what that would be expected to entail; in another sense, the nature of their inclusion, the characters who partake, and the extent to which they’re carried finds these pieces doubling back into a self-reflexive, hugely satirical view packaged inside his most formally accomplished work to date. Somehow, Bay understands. – Nick N.

To Be or Not to Be (Ernst Lubitsch)

One of Ernst Lubitsch‘s most heralded films getting the Blu-ray treatment from The Criterion Collection this week with a new, restored 2K digital film transfer. Following Jack Benny and Carole Lombard as a husband and wife duo who use their acting skills to outsmart the Nazis in an occupied Warsaw, as expected, the release is packed with excellent special features. We have Pinkus’s Shoe Palace, a 1916 German silent short directed by and starring Ernst Lubitsch, along with Lubitsch le patron, a 2010 French documentary on the director’s career, plus much more. – Jordan R.

Rent: At Any Price, A Company Man