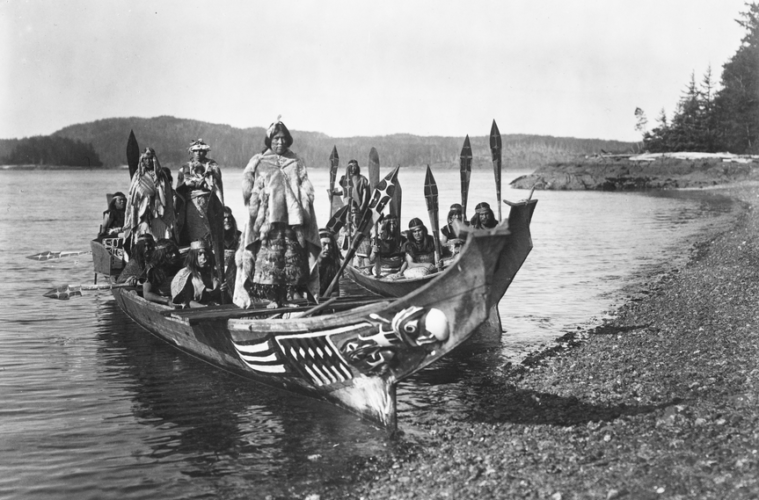 Race and The American Movie: Uncovering, Redeveloping, and Rethinking History

Last month, film criticism cautiously acknowledged one of the canonical centennials of film history: the release of D.W. Griffith’s 1915 epic The Birth of a Nation. The undoubtedly controversial film — a romantic epic spanning the civil war, reconstruction, and the rise of the Ku Klux Klan — has remained a “problem picture,” to say the least. Griffith didn’t pioneer many of the aesthetic techniques often credited to his name (they should more likely go to his Biograph shorts, not to mention countless other filmmakers lost to history), but he did implement them in a way that turned the film into a cultural lightning rod. It inspired both praise for cinema as “art” and protest for its offensive portrayal of African Americans. It became the first picture to be shown in the White House, and also led to a revitalization of the Klan throughout the South.

Within our contemporary reception of Birth, a certain question always arises: can we separate the film’s narrative form from its content? If Griffith’s epic remains within the canon, it must be on the merits of the artistic achievement, and to do so is to talk about the hows instead of the whats. I was struck, however, by the essay from Ignatiy Vishnevetsky, writing about Birth‘s centennial for The AV Club and posing an essential question: What if Birth’s aesthetics are inherently tied to its ideology? As he claimed, “Many will tell you that a movie can be well made and still be bad. I’m not sure that’s true; how an image is made is directly related to its subject.”

A year before The Birth of a Nation, anthropologist Edward S. Curtis traveled to the Pacific Northwest to document the Kwakwaka’wakw using new technology to archive what he believed was a dying culture. His resulting effort, In The Land of the Head Hunters, from 1914, is a remarkable document of its time. But who is it really documenting? The film has just been reissued in a phenomenal restoration done by UCLA’s Film & Television Archive and Milestone Films. It is also inherently tied up in the question of the troubling relationship between race and aesthetics.

The progressive Curtis followed in the footsteps of other anthropologists who were convinced that documenting Native American tribes — with sound, with photography, with color, and, most of all, with the moving image — was the only way to preserve cultures of a dying world. But as Brian Hochman explores in his recently published book Savage Preservation, this question was built from a myth. Curtis, along with other anthropologists, often considered the tribes they were studying to be essentially primitive, less developed than their own cultures. To them, it was only part of natural evolution that they should leave their old ways, and thus ancient songs, dances, and rituals would disappear. And so they took to new developments in sound and image. Hochman writes, “Despite indigenous assertions of agency — or perhaps especially because of them — ideas about human difference gave turn-of-the-century anthropologists and writers cause to authorize the technological changes that surrounded them […] race produced media, in other words, even as media produced race.”

Hochman’s work thus looks at how the invention of modern media and its implementation by pioneering anthropology was often coded in subtle forms of racism. Frustrated by his attempts to write and depict the Native American sign languages that many cultures used to cross-communicate with each other, Garrick Mallery turned to the photography experiments of Eadweard Muybridge as a way to capture the physical gestures. Unable to conform Native American languages into phonetic Western spelling, John Wesley Powell used early phonographs as a solution. And, in the cinema realm, the Flahertys pioneered a special type of color photography for their film on Samoan culture, Moana, to make sure they could accurately show audiences that their race of study was not necessarily black, but not quite white either.

Curtis was part of this tradition as well. Trained as a photographer and based in Seattle, he first came to popularity through photographs of Native American tribes, and joined up with a scientific expedition through Alaska to document the land around him. Eventually he was hired by J.P. Morgan to continue photographing Native American tribes, which led to the collection The North American Indian as a depiction of a “vanishing race.” Eventually he also took film cameras with him, deciding to document the Kwakwaka’wakw and capitalize on the growing phenomenon that was the feature-length dramatic film.

When looking at Head Hunters‘ original text, Curtis’ conception of the project becomes more specious. “The native dwellers in this land are sea-going people whose character seems in harmony with their gloomy, forbidding homeland. In warfare they are headhunters with small regard for life, and ceremonial cannibalism is not unknown.” The film thus uses the “plot” of American melodrama — a young tribal leader who must rescue his wife from a warring tribe — essentially to stage sequences of Kwakwaka’wakw life.

But Head Hunters was not interested in complete fidelity, Curtis purchased nose rings in China and gave the actors long wigs in order to hide their now-short hair. Mixed-race individuals were barred from the project for looking too white. Various rituals — dancing known as tamanawas and the gift-giving process of potlatch — had actually been banned in Canada years prior. Because Curits paid the actors a lucrative sum (50 cents a day), they were likely compelled to oblige old traditions — notably the titular head-scalping, a practice that had vanished from the tribe for multiple generations.

Curtis, however, didn’t turn to cinema simply to document the people (the term “documentary” didn’t even come into existence until the 1920s), but wanted to use cinema’s ability to turn reality into drama. And thus many of the rituals he wanted to film — the dances, the battles, the clam-digging — were chosen specifically for their “dramatic purposes.” Curtis is certainly right that there is excitement in watching these sequences, particularly the handheld cameras aboard canoes during battle sequences. And thus the questions of the questions of the portrayal of race in the film are inherently tied up with the questions of aesthetics. Head Hunters would not be cinema without its conflating of the details.

Catherine Russell proposes that there is perhaps a double meaning in the images, seeing the film as a chance for Native Americans to enact their own past myths and live a double performance, and reads sequences like the skull-lair as one of rejecting such savagery. I’m not sure I completely buy Russell’s reading, though she makes great strides to separate the film from the “narrative realism” of Nanook of the North (which became more true of Head Hunters during a 1973 re-edit titled War of the Canoes, offered as a bonus feature on the Milestone release), but her argumentation explains how Head Hunters fits into the relationship between race and the birth of modern media. It was only through the development of the American photoplay drama that the Kwakwaka’wakw’s past became ripe for documentation, allowing Native Americans to perform their own history.

To document this behind-the-scenes story is not to say In the Land of the Head Hunters is a dismissible bad object. In fact, knowing its history makes it an even more essential a document to us. Its lessons, however, must be shifted from those in front of the camera and more toward its creators. Turning to the archive is work that uncovers, redevelops, and rethinks history — not to reject what made it. We can’t entirely throw out The Birth of a Nation, but we can make it work for us in ways that make us think about the past. We can focus on how Griffith’s film uses race to signify and create the basic tenets of American melodrama, use its historical context to discuss the constant anxiety of “white slavery” that is allegorized through Lillian Gish’s role, and consider what part editing plays in the history of aesthetics and propaganda. If we look closer, think clearer, and work like historians instead of cultural consumers, texts tell us much more about our past than simple celebration or denouncement.

Hochman’s book isn’t a series of tweets about how to be offended by the latest cultural outrage, but a highly researched and thrillingly nuanced examination of the founding of modern media and its relationship to race. It uses the archive at every chance to tell its story, to make everything as to how decisions were made in relation to media become self-evident. Savage Preservation is ultimately psychological — it puts us in the heads of progressives who thought they were saving the past — and so, while a critical analysis, I found its “characters” understandable.

Most critics consider reading the press notes as a zenith of research, while others turn to the archive. While cultural critics continued to publish their pieces on the racism of The Searchers, the archive revived our interest in Oscar Micheaux, Julie Dash, and Charles Burnett. They are turning Alice Guy-Blaché, Lois Weber, and Mabel Normand into key figures of the silent era. They are transforming how we think about issues of race and gender, giving us new texts to work through and using documents to turn history into a malleable object.

Perhaps the sad truth is that none of us really want to think. We were all too eager to tweet Ava DuVernay’s snub at the Oscars as a total travesty. But only a few critics bothered to explain what made her filmmaking so essential to Selma’s importance. That film’s use of unbalanced frames, often shoving figures to one side, lent an unhinged feeling to the sly manipulative forces at hand in contrast to the public spectacle its characters wanted to create. Its editing emphasized the power relations in sequences, giving the meat of her narrative — people in rooms talking and planning — a sense of crafted manipulation, which is what the film’s weight of democracy in action ultimately rested upon. But it was more important to simply decry Selma’s snub, provide a few statistics, and leave it at that. We stopped searching but kept writing, using pre-determined nuggets of “wisdom” instead of asking critical questions.

There is a moment early in Head Hunters when the protagonist comes across a skull in a forest. He looks up at the camera in confusion for a split-second before the film suddenly jump-cuts to him moving on from the scene. That absence is the story of two cultures actually meeting, perhaps confronting racial tensions. It’s the moment we can’t have — the missing piece that answers for us the history of our past. It’s easy to ignore it, to only look at the text from the one side that has control of the media and thus examine without thinking. Only by asking what’s not there, by questioning beyond the obvious, can we truly see history.

In the Land of the Head Hunters is now available on Blu-ray.