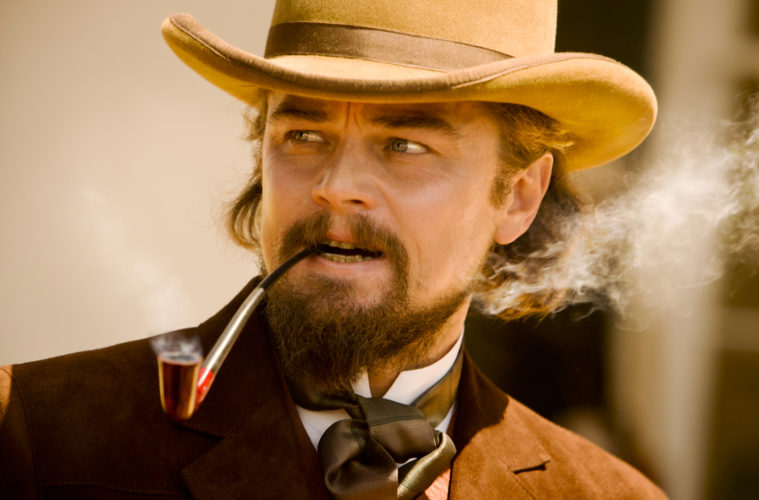 We’ve gotten a batch of character posters and a teaser one-sheet, but now an official theatrical poster for Quentin Tarantino‘s lengthy upcoming western Django Unchained has landed. Featuring our main trio of actors (Jamie Foxx, Christoph Waltz and Leonardo DiCaprio), this takes an eye-catching black and white approach, aside from the blood-spattered red both behind our lead and in some of the font. It’s certainly an improvement over our previous teaser poster and one can check it out below via Yahoo.