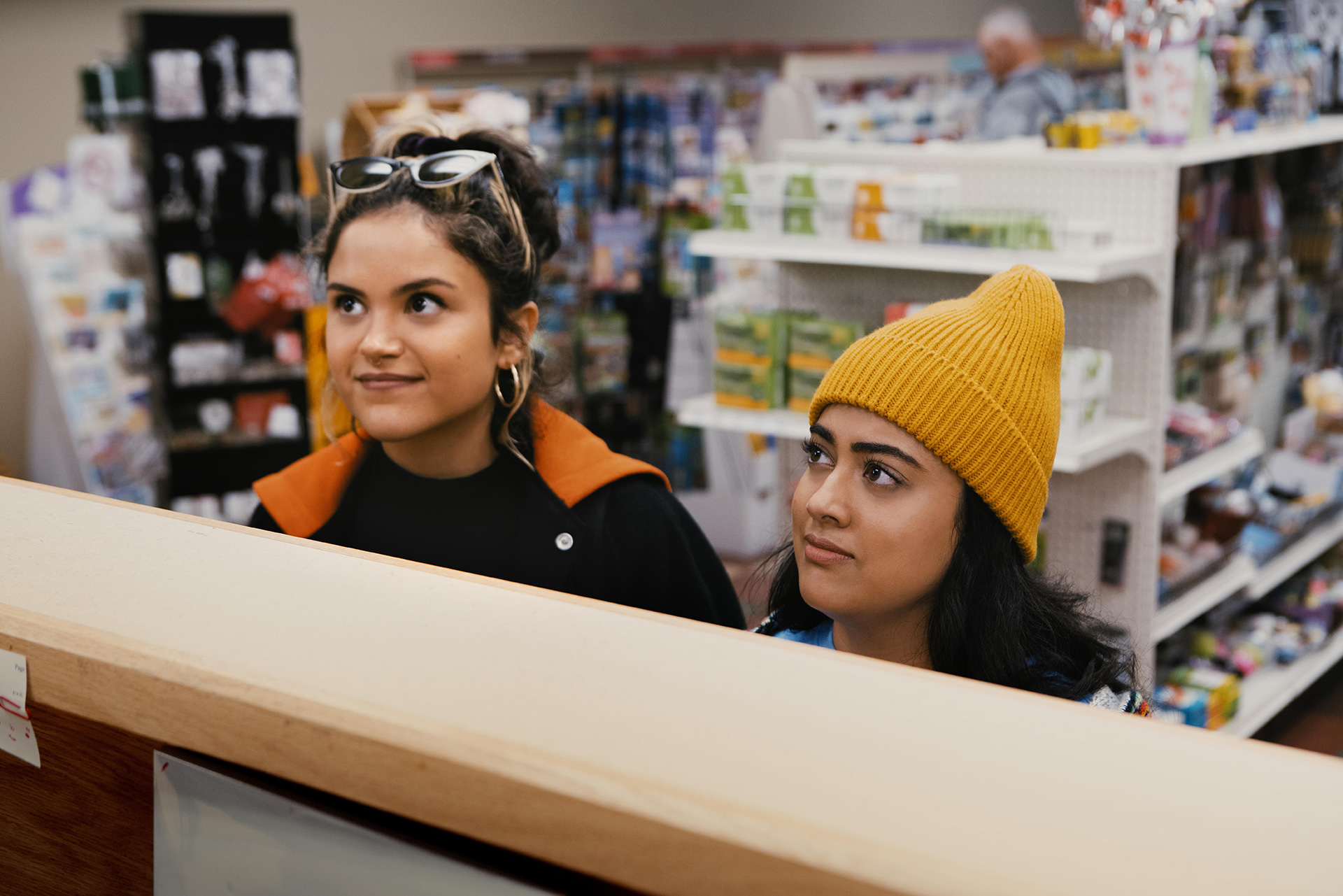 It was about halfway through Natalie Morales’ Plan B (her directorial debut if you go by theatrical release date considering her festival title Language Lessons from earlier this year has yet to secure one) that Jon Hurwitz and Hayden Schlossberg’s producer credits came into focus because it was there that the parallels to Harold & Kumar Go to White Castle became undeniable. If actor-turned-director Olivia Wilde’s Booksmart was created in the Superbad vein, Joshua Levy and Prathiksha Srinivasan’s script was certainly drawn from that of the Cobra Kai showrunners’ breakthrough comedy. And it’s not just because they share having two non-white stars on a drug- and sex-fueled adventure in search of a holy grail. What connects them most is the heartfelt and inclusive ride-or-die friendship at their cores.

Where Harold and Kumar were post-collegiate adults trying to cement their identities both within and without the stereotypical clichés of their ethnic backgrounds, however, Sunny (Kuhoo Verma) and Lupe (Victoria Moroles) are high schoolers traversing the adolescent landscape of puberty. So rather than be mired under the weight of career choices, these two teens are seeking a path through the monotonous clichés inherent to our ingrained desire to be liked while balancing culturally specific expectations at home. Sunny wants to shed the notion that she’s some sexless bookworm whose one goal is achieving the title of “successful Indian student” that her mother (Jolly Abraham’s Rosie) demands. And Lupe looks to break from her Pastor father’s (Jacob Vargas’ Pedro) Catholic conservatism to live a truth in conflict with it.

They are outliers who see themselves as outsiders thanks to the catty rejection of their school’s status quo despite conversely proving to be the type of outliers that their surplus of white and affluent classmates should aspire to become. Because while Megan’s (Gus Birney) entire vapid life orbits whether or not she can throw a party and get drunk enough on the weekend to catch a cute boy’s eye, Sunny and Lupe are engaging with the complexities of changing what it means to be “the other” to their advantage. And a lot of it comes down to confidence because most of that cattiness is probably steeped in jealousy. And those cookie-cutter “cool” kids they’re too afraid to talk to? They’re probably more afraid to talk to them first.

Why? Because they have to both muster the courage necessary to talk to someone different than them (and thus a lot more interesting) and do so against the indoctrination that demands they automatically become a pariah to their clique for the trouble. I think one of the best parts of Plan B is Morales’ ability to let her cast react accordingly to situations that demand these two worlds collide. The shock on Megan’s face when Sunny dares to talk to Hunter (Michael Provost) is only outdone by the shock when Hunter dares to smile and reply. Add a hilarious stand-off between Sunny and Doug (E.L. Losada) to highlight our tendency to let fear amp up our aggression and boundaries are getting broken all over the place.

That’s what’s important here and it goes hand-in-hand with the premise of finding a morning after pill in red-state South Dakota. Talk about a timely boundary with a recent spate of “heartbeat” bills. Here’s a medication that exists to help women avoid abortions and yet Sunny and Lupe are forced to crawl through Hell just to try and secure one at seventeen. That’s what happens when you allow pharmacists the right to deny medication on “moral” grounds and governments the power to make the only alternative (Planned Parenthood) a far enough drive away to discourage its use. While the boy (Mason Cook) in this equation wrestles at home with “God’s forgiveness” towards his pre-marital sex, Sunny contemplates impossible scenarios for a fraction of that same peace of mind.

And what else does this potential pregnancy mean for her? There’s Mom’s disappointment and thus Sunny’s decision to take her car while she’s away so it can all be over before her return. There’s the shame of the boy she had sex with not being who Lupe thinks it was and the embarrassment of having to correct the discrepancy. There’s the toxic branding of “slut” that looms large where it concerns other classmates finding out as well the crush she hopes she hasn’t alienated like Ms. Flaucher’s (Rachel Dratch) archaic sex-ed video threatens. It’s all on her to solve what’s happening despite the act itself having two participants. And the resulting stigma is hers alone to bear simply because she’s a woman in a country that worships double-standards.

Like most of these buddy comedies, though, Sunny’s experiences are merely one half of the subject matter. Lupe is not a supporting player here even if the adventure she’s on is a result of her friend’s need. It’s a little trickier to speak about her desires and shame considering the film pushes them into spoiler territory, but the twenty-four-hour roller coaster ride she’s on is just as formative and emotionally draining. For someone who appears to be calm and cool when it comes to relationships and sex (relative to Sunny), hearing how her constant calls to new paramour Logan drip with anxiety and insecurity proves otherwise. Maybe this road trip can kill two birds by leading them where Lupe must go to acquire her own sense of clarity.

That the two find themselves staring into the eyes of a baseball bat-wielding gas station attendant (Edi Patterson), penis of a playground drug dealer (Moses Storm), and crazed, mud-covered visage of a meth-head (Timothy Granaderos) is purely for entertainment purposes. Throw Myha’la Herrold and Jay Chandrasekhar into the mix and the list of friends and foes sprawls until such labels become reductive depending on the circumstance and prejudices within. Regardless, Verma and Moroles stick together even when things get too crazy to believe—each ready to take a bullet for the other if necessary. Their comedic timing is only outdone by their authentic, heartfelt terror about the unknown. Never let your fear of what others might think outweigh the fear of letting it dictate who you become.