Fantasia Review: Giving Birth to a Butterfly Mixes Melancholy and Anxiety with a Lynchian Touch 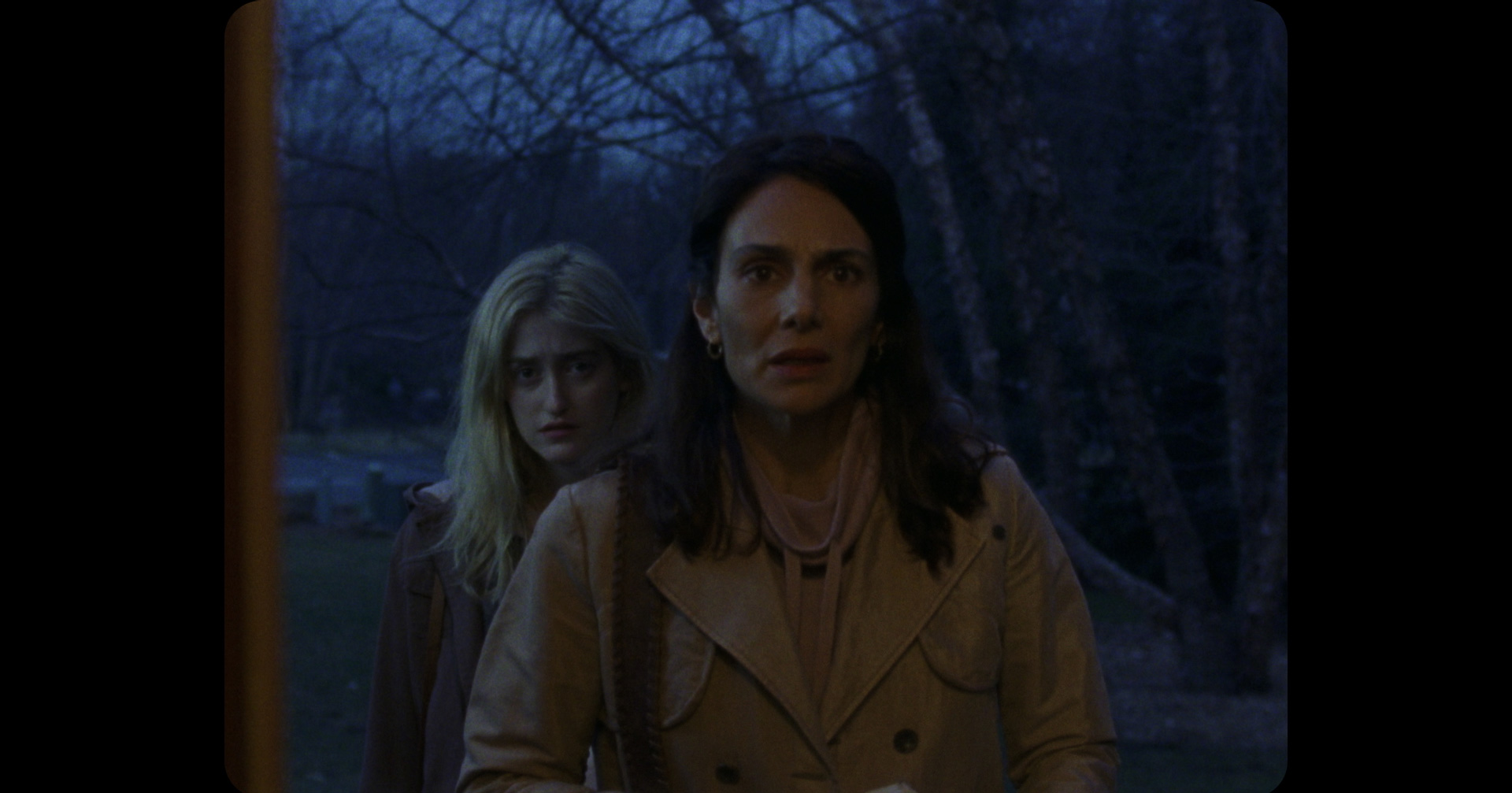 We meet Diana Dent (Annie Parisse) readying matching wedding gowns soon revealed as not her own. She’s mending them to sell online—a necessity considering her bull-headed and controlling husband Daryl (Paul Sparks) is hell-bent on putting their life savings towards a dream of creating his own restaurant. That means no money for Drew (Owen Campbell) or Danielle’s (Rachel Resheff) college. No money to stop working extra hours at the pharmacy. No money for anything besides his selfish need to break free of a constrained life as if he’s the only one struggling to come up for air. So Diana looks to liquidate what she can while hiding the act in the knowledge that Daryl would inevitably find a way to make her feel bad about doing it.

Director Theodore Schaefer and co-writer Patrick Lawler ensure that we recognize the relatable mixture of melancholy and anxiety. They focus on Diana whenever Daryl talks to show how defeated she is from years of dealing with the attitude and tonal shifts that always turn her into the bad guy in need of chastisement when everyone else gets a smile and pat on the back. It’s a discomforting air only rendered thicker courtesy a newcomer to the dinner table: Drew’s pregnant (he’s not the father) girlfriend, Marlene (Gus Birney). Just when Diana believed she’d been pinching enough pennies to make things work, suddenly there’s another mouth (maybe mouths) to feed. No wonder she fell prey to an Internet scam wiping out their bank account.

This revelation is the driving force behind Giving Birth to a Butterfly‘s forward momentum—Diana recruits Marlene to drive her to her assailants’ address and reclaim her savings—yet my mind couldn’t stop thinking about those two dresses. Where did they come from? Why did she have them to sell? What sentimental value did they possess to make it so Daryl had to be kept in the dark beyond simply opening the door wider for more ridicule? I wanted to forget about them, but pairs kept arriving onscreen: Diana’s co-workers Judy and Trudy, the bogus software being labeled Janus, and the eventual introduction to surreally enigmatic twins going by a single name, Nina (Judith Roberts). The real question became whether there ever were two dresses at all.

In a very Lynchian way, everything we see exists to be taken with a grain of salt. The comedy is off-putting, overlong, and borderline confrontational. Allusions to Greek mythology (by way of The Simpsons) via names and mysteries (the Sirens will provide you want you need) appear throughout (probably more than my years-removed-from-college brain could ever pick out). And the blurred line separating reality from hallucination, waking life from dream, grows wider and wider until you almost have to wonder if anything we’ve witnessed is little more than a mirage. These are people trapped in cages of theirs and society’s making—attractions at their own personal zoos and circuses with the label “melancholic prisoners of life’s cruelly compounded existential weight.”

They’re each a portion of their true selves, a ghost of their potential. That’s not to say Daryl deserves being the chef of his own establishment or that Drew is ready to be a father. It doesn’t mean Diana should have known better than to let a predator steal her identity or that Marlene should have been more responsible when having sex. It simply reveals that they’re human beings saddled by one of the few universal truths our species possesses: the inescapable demand for compromise. Some have it worse—like Marlene’s mother Monica (Constance Shulman) being trapped in a full-blown psychotic break. Some see it as salvation, like Drew willingly giving up the life his parents wanted for him to gift his heart to another man’s child.

Seeing double is therefore seeing that which we’ve lost and are desperate to find (consciously or not). What if Nina has one name because Nina is one person cleaved in two to simultaneously exist under civilization’s rules as well as her own spiritual balance? The dresses still wouldn’t be the one Diana wore, but they could represent a joined hope for love and happiness—something anyone, save Daryl, can see didn’t come true. All that thankless work keeping their family afloat and here she is one mistake from implosion… unless that implosion can also provide a rebirth. As Marlene embarks on a new beginning with a daughter to right her mother’s wrongs, perhaps Diana’s blunder is her excuse to finally fly away.

Schaefer and Lawler pack their rounded vignette of full-frame 16mm film with contradictions, thematic mirrors, and unexplainable phenomena that confounds in its beauty just as easily as it enlightens through its complexity. Three-legged horses are broken and toy trains are real—words and images cryptically presented as puzzles taken at literal face value to make resonantly salient points. Duality abounds from a fish named Homer to a darkened television screen reflecting the version its viewer believes herself to be. And the mysterious light, disembodied and radiating with unquantifiable power, can’t help but warm our hearts despite being completely devoid of context. Giving Birth to a Butterfly becomes a road trip poem of its own reminding us that it’s okay to stop, recalibrate, and change evolutionary course.

The chrysalis is one’s recognition of that opportunity and the courage to take it. For Marlene it’s building a family. For Diana it might be tearing one apart. Neither is objectively right or wrong, but you cannot deny that the way those choices make their choosers feel is beyond compare. While everyone else supplies an off-kilter performance just this side of farce to keep us off-balance and unsure about whether to laugh or lament, Birney and Parisse remain authentic to the point of being out-of-place within the dreamlike setting of sleepwalking life. Only they can see through the veil to confirm a decision already made and one currently manifesting itself respectively. Their path is strange—profound, sad, yet inspiring. It’s a grand awakening of self.

Giving Birth to a Butterfly is playing the Fantasia International Film Festival.