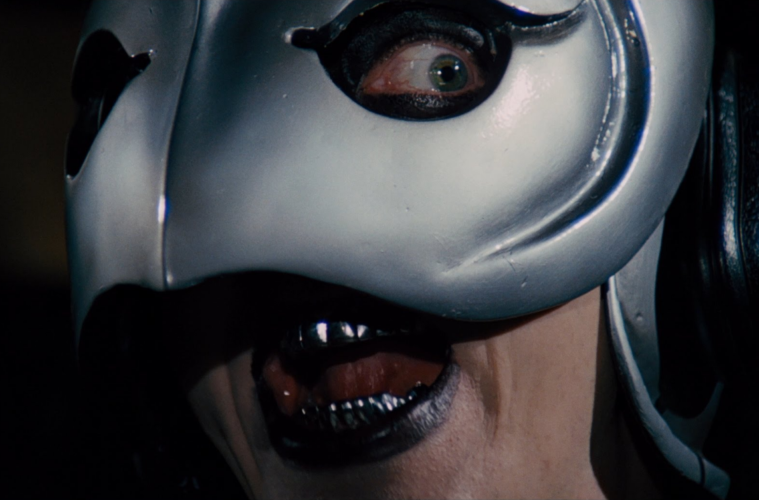 ‘Phantom of the Paradise’: Brian De Palma’s Damnation of the Creative Industry

“We’ll remember you forever, Eddie / Through the sacrifice you made / We can’t believe the price you paid / For love”

After a brief, eerie opening voiceover from Rod Serling, Brian De Palma’s biting 1974 Phantom of the Paradise opens with these lyrics from The Juicy Fruits — a literally named bubblegum nostalgia pop outfit — that combine the easily digestible with the macabre. The song’s musician subject exploits the American cult of celebrity, becoming an overnight sensation by strategically committing suicide for chart success. This mesh of exploitation and idealism peaks as ghoulish producer Swan (Paul Williams) and aspiring singer Winslow Leach (William Finley) do Faustian battle over the fate of music and their souls. In De Palma’s first big-budget film — relatively: it was twice the cost of 1973’s Sisters — the money went to making the biggest, flashiest middle finger to creative industry you could ask for while cementing his meta-fascination with death. It doesn’t wink at the crowd like 1975’s The Rocky Horror Picture Show’s unremitting nudges to camp Gothicism and kitschy excess, but stares right at it, peeling back curtains and skin to reveal accusing mirrors.

Partway through the film, a glam rocker named Beef (who looks like John Belushi’s Joe Cocker impression in drag) is killed onstage to an audience’s delight, leading to Swan’s scheme to replicate this morbid success with the young singer Phoenix (Jessica Harper). An obsession with death is almost irremovable as an obsession with life when industries revolve around producing idolatry, and fans are so desensitized from humanity that loss is just another excuse to consume. The constant imagery of a revolving bird, alternatively dead on its back or alive and upright, is the both mascot of Swan’s Death Records and a symbol of the media spin — the twisted perversion of lives and deaths for profit. As news outlets continue monetizing eulogies, Phantom‘s satire cuts all the more deeply. The film ends with a thronging crowd of youths embracing Winslow’s corpse without a care in the world for his work, just as it opens with the superficial lyrical embrace of Eddie’s memory.

Phantom of the Paradise came in the midst of the youth-led directorial revolution of “New Hollywood” that let its creators run wild with meandering, odd, often unresolved films that spoke to counterculture as much as the money men. And yet, for all the passion projects poking at society (Chinatown, The Graduate, The Wild Bunch), De Palma turned glamorous hyper-reality into art commentary as effective as the more straightforward, incident-driven films belonging to his contemporaries. His nightmare, this disgusted postmodernist pomp, embodies an explosive, gory cynicism that brings De Palma’s previous comedic works and thriller influences into its madness. The music inhabits German expressionistic backdrops, a rock opera encased in Dr. Caligari’s cabinet. Kubrickian in its dystopic design, the film is outside of time with its Clockwork Orange uncanniness while simultaneously shouting its influences from every decorated corner and ruffled tunic. De Palma’s cultural nods are always on his sleeve, from bombing the Beach Boys to a Psycho– / Hitchcock-aping plunger joke. This is the film that first sees him peacock his style to the extremes, and the film loves watching as much as we love watching it.

The main power struggle between the two musicians — slowly becoming one another, fusing together in death — emerges from the blurring of point-of-view. Their loss, their corruption at the hands of those in power that came before them, creates a moral uncertainty both narratively sympathetic and stylistic. Both men are evil and great, lost and talented. We often only see hands, hear voices, or lose ourselves in mirrored confusion, making identity superfluous in the great evil of show business. Show business and pride, Phantom‘s looming evils, came from De Palma, whose perspicacious New York indie beginnings led to an inherent cynicism with the studio system, as well as star and lyricist Williams, whose pop sensibilities brought the bonafides needed for either tribute or satire. But Phantom is no tribute. That Williams brought insight to an industry that has only gone further and further down the hellish spiral of star exploitation since the film’s release contributes to its longevity and depressing timelessness.

The climactic live-television event, blending publicity stunt and murder, reflects a disillusionment and horror with the cyclical desires of audiences and performers. Things must be darker, larger, louder. Vietnam was on everyone’s screen and in the back of everyone’s mind. If this bored people — if war was no longer enough to shock viewers into action — what would the next steps of culture dictate? When a metal-mouthed, mechanically tuned singer commits acts of violence for our pleasure, to what extent must we blame the music industry for a grill-festooned, auto-tuned rapper that collects unregistered firearms? Phantom of the Paradise is not just one of the flashiest, angriest musical films, but an enduring and damning kiss-off to America’s spiraling desperation for entertainment. Whether audience or performer, we are the creators of the Phantom.