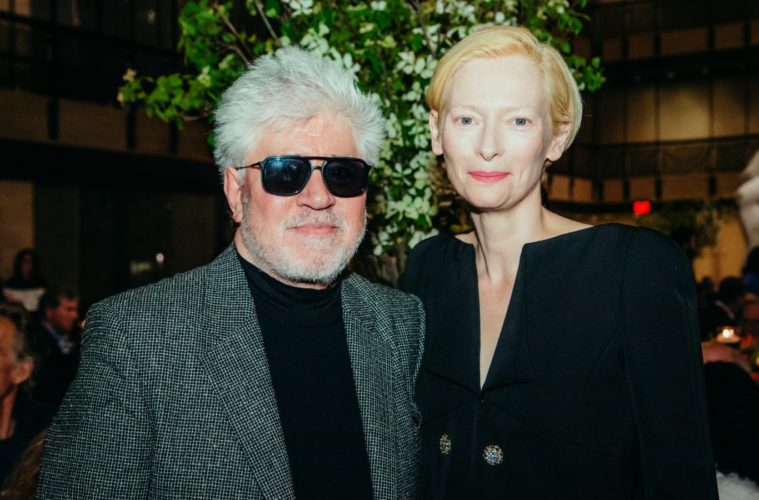 If it were not for the powerhouse that is Parasite, we imagine Pain and Glory might have walked away with an Oscar last night. Pedro Almodóvar’s latest film is a beautiful, heartbreaking, and personal drama, and now the Spanish director is wasting no time looking towards his next projects. Amidst the Academy Awards hullabaloo, they were both revealed last night.

The projects will mark his foray into the English language, IndieWire reports. First up, he’s set to adapt Jean Cocteau’s one-act play The Human Voice in a short film starring Tilda Swinton. It’s not the first time he’s visited this material as an early iteration of his 1988 classic Women on the Verge of a Nervous Breakdown began as an adaptation of this text, featuring a phone call in which a woman attempts to convince their partner not to leave them.

“You need that feeling that someone understands you completely,” he said of the casting. “In the case of Tilda, it was exactly how I dreamed of her. She’s so open, so intelligent. She gave me a lot of confidence with the logic. In the rehearsal, we understood each other very closely.” With plans to shoot the short film–which he considers an experiment as it features only Swinton and her character’s dog–this April in Madrid, we could see it arrive on the fall festival circuit.

This English-language short film debut will be a testing ground for his English-language feature debut, which will be an adaptation of Lucia Berlin’s stellar short story collection “A Manual for Cleaning Women.” A few years ago the director shared his admiration for the author with Vulture, saying, “She was an American writer from the ’40s. She was an alcoholic. She was everything. Sometimes she had to work by cleaning houses. It’s incredible, funny, and sad. The reality she’s telling is very sad.”

With the collection featuring 43 stories, the director will focus on five stories from the book for his feature film, taking place in Texas, Oakland, and Mexico and with a mix of English and Spanish. As we await more info for both projects, pick up the late Berlin’s collection here and read our feature on Almodóvar’s films here. Plus, listen to our discussion of his latest film below.