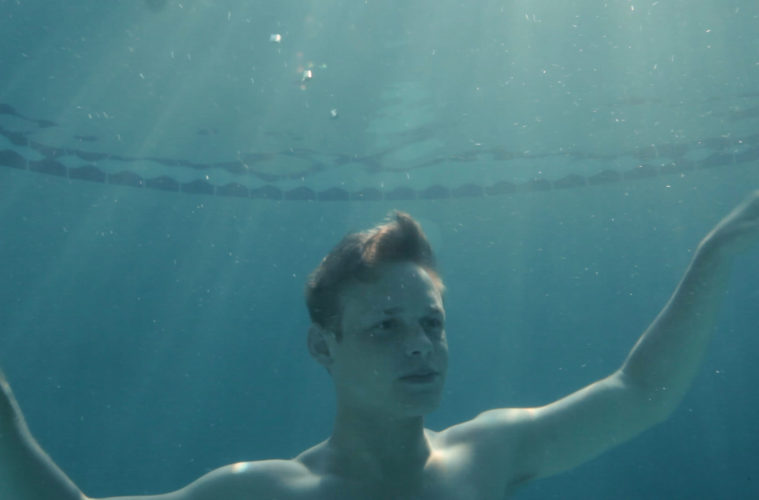 Last summer, we told you about the imminent start of Stephen Cone‘s (Black Box, The Wise Kids) next feature, Henry Gamble’s Birthday Party, a coming-of-age picture dealing with sexual confusion, social tension, and “the theme of identity in middle America.” Though lesser-known than some independent contemporaries, the writer-director has earned a wealth of acclaim with his two most recent features, and what initial peeks I’ve had at the next indicate very fine things. With that, why not take a look at some first images?

Less than a week before Birthday Party‘s premiere at the Maryland Film Festival (buy tickets here), Cone has kindly granted us exclusive access to several stills from the film. You can find looks at the ensemble — Cole Doman as the eponymous lead, Pat Healy as his preacher father, and a cast that’s been described as “Chicago’s best” — as well as the helmer’s careful eye for composition and lighting. Expect to hear more about this endeavor as its festival run — — hopefully one that soon brings a theatrical release — continues in the coming months. If this lives up to the immense promise, Henry Gamble’s Birthday Party will be something to keep an eye on in 2015.

Henry Gamble’s Birthday Party will premiere on May 7th at the Maryland Film Festival.