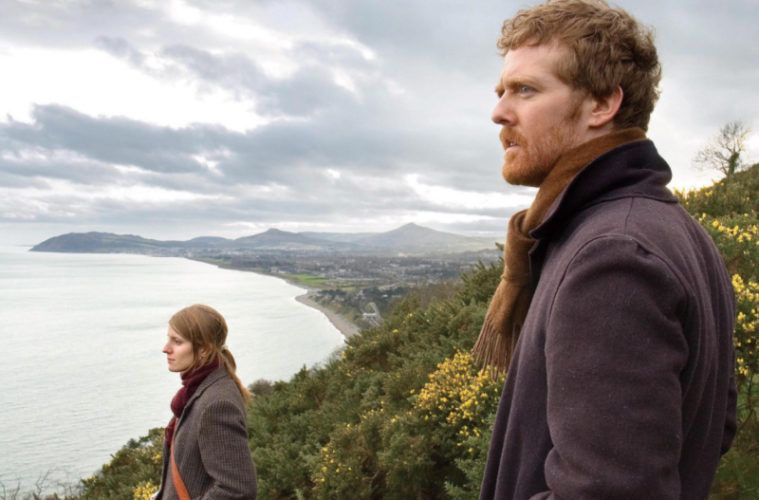 ‘Once’ Embodies the Musical Form with Uncommon Purity

How much can you strip away the widest-known conventions of a genre before people will stop calling your film what it is? Many refer to Once as a “music film” instead of a musical, and it sort of makes sense – the latter label brings to mind Disney movies and Broadway adaptations and other hallmarks of (literally) the old song and dance. No one suspends the rules of reality to express their feelings or thoughts through music in Once, and, with one quasi-exception, all songs are diegetic. But despite the Irish indie film’s low budget and accompanying aesthetic trappings, Once embodies the musical form with uncommon purity.

A story about buskers, part-time musicians, and workaday people harboring secret creative dreams, Once cleverly sets up its characters to turn to song without it ever feeling forced. It carries on the musical tradition of pacing out a song sequence (roughly) every other scene without appearing to fulfill some obligation to do so. When characters sing, you don’t remember that they do it because that’s simply the kind of movie they’re in; it just makes sense that they do. The best example of this is “Broken Hearted Hoover Fixer Sucker Guy,” in which one lead fills in his romantic history to the other in the back of a bus by pulling out his guitar and playing a wryly humorous minute-long explanation. This is a purely expositional bit, but it doesn’t scan as artificial at all. Of course he would use a (possibly improvised) lighthearted song to wave off his past heartbreak.

Every element of Once exemplifies a pared-down philosophy. Director John Carney shoots it in a steady, consistent, simple way: handhelds, often with long lenses from afar. It’s the way you’d record a street performer who’s impressed you – with a bit of distance, not wanting to be a distraction. The acting is similarly low-key. It’s not quite mumblecore (which was gaining steam as a movement when this originally came out), for its dialog often favors straightforwardness over purer realism, but the performers tackle their material with few overt flourishes. Since most of them were in fact non-actors, it’s a tremendous showcase in harnessing amateur talent for nuanced effect. Most of the characters don’t even have names – Glen Hansard’s Irish singer-songwriter is just “Guy” and Markéta Irglová’s Czech immigrant is just “Girl.”

Those two, who don’t even share so much as a kiss onscreen, have one of the best cinematic love stories of this young century. Like many of the best romances, it’s not meant to be – she’s married, he feels his art pulling him somewhere else – thus intensifying the wistfulness of what could have been that’s borne of their collaboration. Hansard and Irglová can stuff more longing into a conversational pause than many romantic films can through their whole running times.

But when the two musicians by trade sing and any actorly stiffness melts away, Once is goosebump-electric. Hansard is an extraordinary belter, so emotional when he sings that you sometimes might have to avert your eyes to avoid the full force of his intensity. Irglová is much gentler, singing many of her lines almost with a lullaby cadence. Either alone is entrancing; together they are unforgettable. I remember first hearing of Once when Hansard and Irglová were promoting it on a late-night talk show, where they performed “Falling Slowly,” which later won the Academy Award for Best Original Song — one of the Oscars’ best-ever picks. I had no idea what the movie actually was, but immediately thought, “I must see this.”

Once, in keeping with its busker lead, takes place on a figurative street corner in life. It exists where no one is maintaining any status quo, in transitory periods when the future is a thrilling question mark and new meetings are fertile with potential. The Guy and the Girl’s brief relationship is their way to reflect on what’s brought them to this point so that they can move on to the next stage in life – the Guy moving to London to pursue a serious music career and maybe his old girlfriend, the Girl to reconcile with her husband. The pull they feel toward one another is powerful, if unspoken – or unspoken save for one scene, in which the Girl admits her feelings in Czech, but doesn’t translate it for the Guy. That the movie also doesn’t translate her simple statement (Miluju tebe – “I love you”) for the audience is a small but brilliant move. It puts them in the same space as the characters: only able to fully comprehend all the possibilities in retrospect. There’s an aching sense of melancholy there, but it doesn’t override Once’s fundamental joy in making art and facing whatever’s coming next with optimistic assuredness.