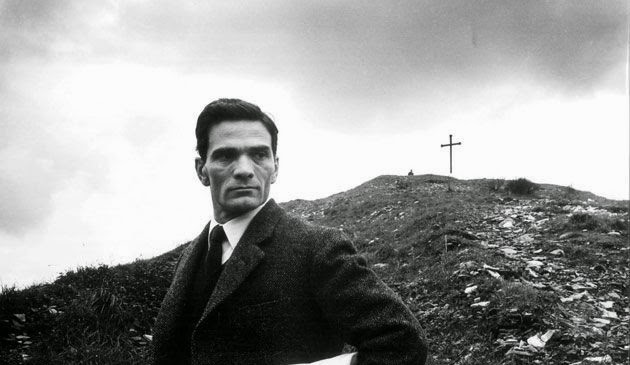 On the Anniversary of His Death, Watch Documentaries About and By Pier Paolo Pasolini

On November 2, 1975, the body of Pier Paolo Pasolini was found by a beach in Rome’s Ostia neighborhood. Being the result of a heavy beating and multiple run-overs by his own car, this death is so ignoble — and so mysterious; despite a conviction, the culprit has never really, truly been identified — that it casts a permanent pall over his legacy. (Worse yet, as one below video will show, that Pasolini was still working on Salò, a movie whose controversial status is only heightened by the murder.) Today marks the horrible occasion’s 40th anniversary, but it doesn’t necessitate mourning. If anything, now is a time to honor the man who always forced us to consider things we might not wish to acknowledge — our desires, our vices, our limits, our connections to art, and our relationship with the alternately beautiful and disgusting human body.

Embedded for your viewing pleasure, then, are some documentaries and interviews exploring Pasolini either retroactively or in-the-moment, ranging from precise to off-the-cuff — a quality that (I like to think) befits an artist so alternately ornate and vulgar. If you’re a neophyte, take heed of the attached short documentary, Pasolini and the Form of the City, which he directed with Paolo Brunatto, as well as a link to work that, for you, might be very readily available. If you haven’t seen The Gospel According to St. Matthew, Pigsty — or anything, for that matter — head over to Amazon Prime, where several titles are streaming for free. This is a man and an oeuvre that can never be forgotten.

Update: the first video has been removed.