NYFF Review: The Dam is a Sparse, Ephemeral Mix of the Natural and Fantastic 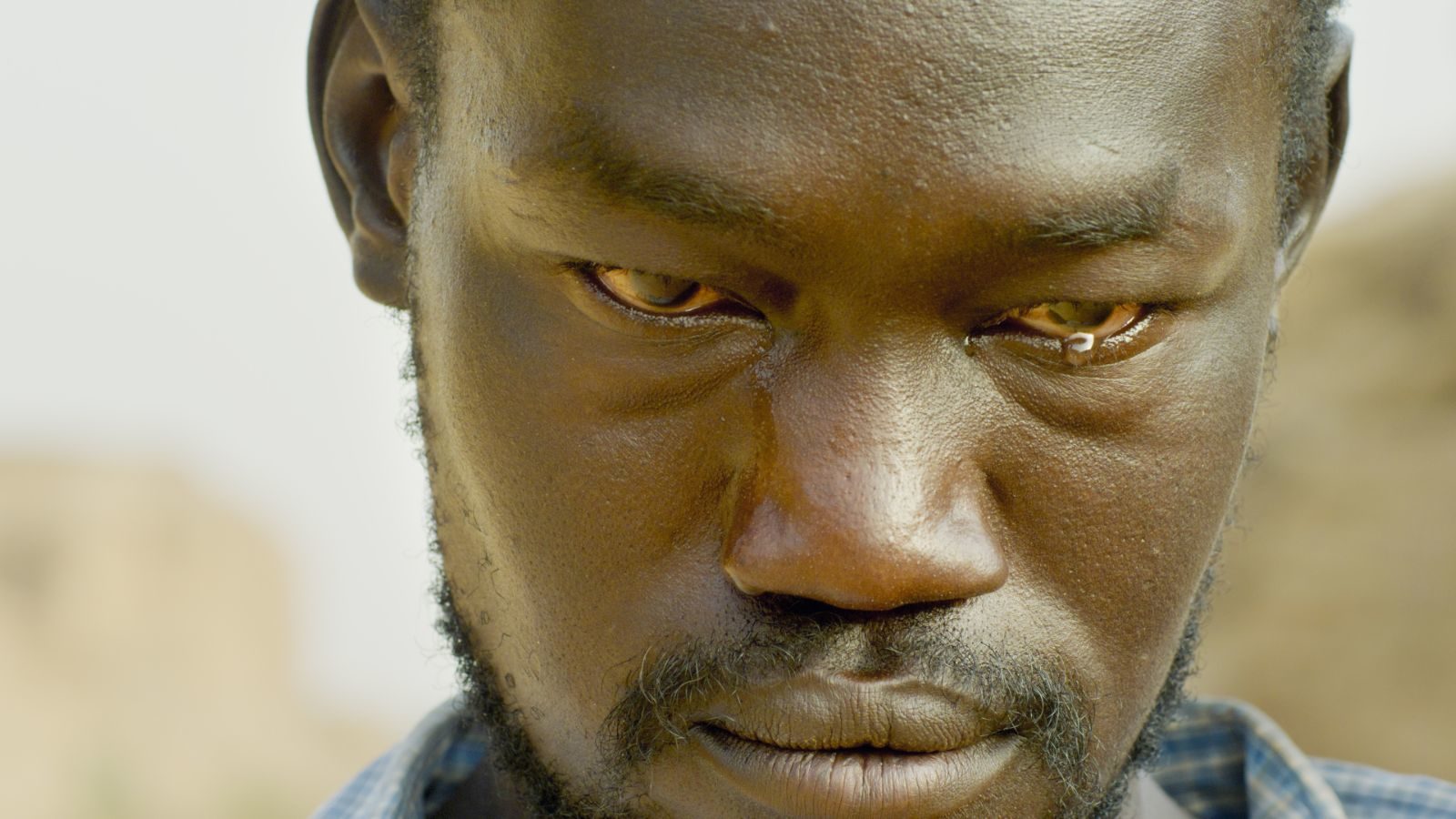 Following Maher (Maher El Kahir), a Sudanese bricklayer, Ali Cherri’s The Dam oscillates between the natural and fantastic. Maher works by the Merowe Dam, a project near the Nile River that displaced nearly 70,000 residents. He goes about his days without much complaint, zombie-like in duty. In his free time he builds a giant mud sculpture—a being that he cannot stop adding to, somewhat alive and somewhat dead.

Maher’s story exists amongst a political, militant coup of the Sudanese leader. Political ramifications play out behind these bricklayers, on radios and television screens, only subtly influencing their everyday life by seeping into their thoughts. So Maher gets away from it all, called to a presence that visits him in his dreams, a pull towards the mystical.

Beautiful in image, yet void of traditional narrative, Cherri’s film drifts towards a semblance of impact. It’s ephemeral in its interest in poetic mysticism, dipping into the spiritual without taking the full plunge.

The mud creature begins to have life. It seems to be breathing, gaining power as Maher loses his own. His skin is peeling, his back becoming scaly, his body almost melting away. Maher’s life doesn’t have much outward meaning, set against a revolution he feels both connected and disparate from.

The vagueness of The Dam both hurts and helps its attempt at meaning. Parallels can be taken with Maher’s everyday thoughts and his sculpture, alongside both the Merowe Dam and the political coup over the last 15 years of Sudanese life. But Cherri has no desire to hold the hands of the audience, to over-explain, or really explain at all. I was left picking up the pieces for a narrative that was cobbled together, unable to derive enough meaning to justify The Dam’s laborious pacing.

The film excels during its dream sequences, dark and misty moments in which Maher stumbles through semi-realistic scenes. They keep a sense of mystery during a long 80-minute film that drags more often than excites. Co-written by Cherri, Bertrand Bonello, and Geoffroy Grison, the script is an amalgamation of ideas—half-concrete, half-baked. The screenwriters hope to say something topical and current, instead leaving too much to the imagination and losing the string along the way.

To his credit, El Kahir gives a standout performance as Maher, a solemn, often wordless role. He embodies this line between the spiritual and the real. He has the impossible task of connecting these two worlds, of these two stories, and if unsuccessful, he does an admirable job. El Kahir is a bright spot, despite being the only main actor in this story: it’s entirely his burden to carry, and he carries it well.

Cherri’s film is sparse in location and story, remaining beautiful to look at and interesting to ponder. Failing to connect the many strands it’s trying to weave, its vagueness becomes more tedious as the 80 minutes stretch on and on. With a strong central performance and gorgeous visuals, The Dam may keep audiences (slightly) entertained enough to stick around for its more otherworldly instances. Unfortunately, there aren’t enough of these to make the film an engaging, lasting experience.

The Dam screened at the New York Film Festival.