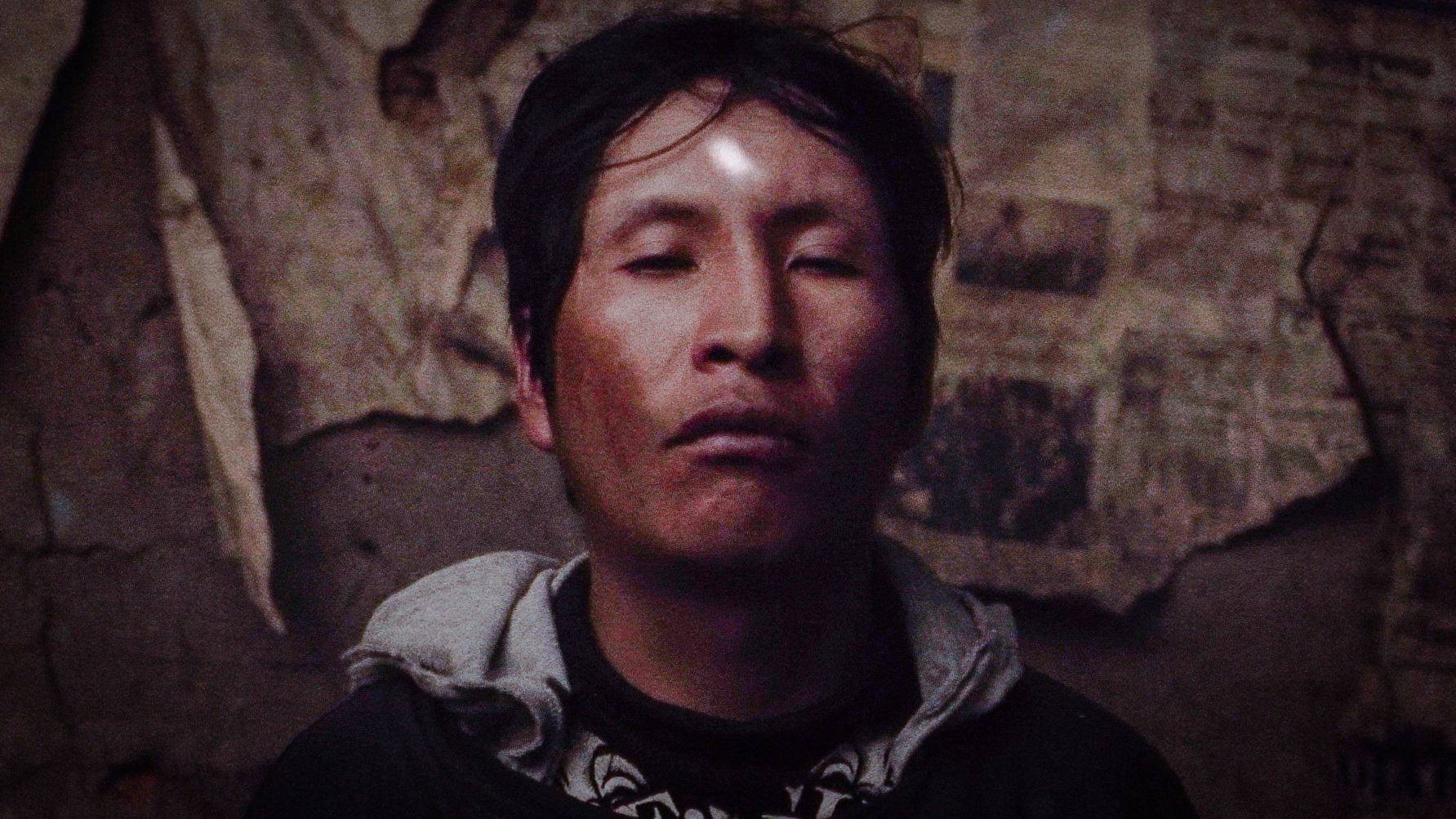 Magical realism, or even history-fantasy hybrid films, serve the narrative purpose of allowing protagonists to transcend their experiential reality and find solutions (or “escapes”) into another world. This generally involves children, whose innocence in times of war and tragedy often lend to creating imaginary situations in one’s mind. In El Gran Movimiento, director Kiro Russo provides a different kind of catharsis in mysticism. While he suggests his central figure, Elder, can transcend his ailments, he doesn’t suggest the cure will work. Or that it is even a cure. What the film instead offers is a pained reality of a life of labor, where escape comes in two forms: stop working or die.

Elder (Julio Cezar Ticona) is a former miner who was laid off and, with two of his friends, is desperate to find work to earn a little bit of money, because a little bit of money is all it pays anyway. Elder is sick, however, and while he and his friends venture to the Bolivian capital of La Paz, he is constantly lagging behind—coughing, panting, gasping for breath. He has a painfully sick look on his face, the kind where one glance will suggest death itself. Julio Cezar Ticona’s face is hardly shown here—generally shrouded by his cap and hood or indiscernible within Russo’s populated shots of the city—but his body movements do all the work. The way he walks, often stepping to the side or placing his foot awkwardly—which tips him just slightly off-balance—really makes you feel the pain without knowing exactly what it is.

The issue is possibly respiratory but never discussed, and it hardly matters because—for one—in the crushing demand for labor under capitalism, nobody’s well-being matters; secondly, Elder’s friends (I should put “friends” in quotes) constantly chide and mock him for his slowness instead of trying to fix the problem. There is a conscious understanding of the cultures in Bolivia, its religious and spiritual beliefs wherein studied medicine and magical forms of healing clash. In La Paz, a homeless mystic comes down from the mountains to barter with street vendors from time to time. This is where Kiro Russo’s film transforms from urban tale of strife into something much more enigmatic, more confounding.

As far as myths and urban fables are concerned, El Gran Movimiento is potent in its intricate link to the ways land and labor are tied, and how what exists outside a system can, in a way, be a catharsis or healing potion for the downtrodden and crumbling within the system. But Russo dabbles in a lot of meandering symbolism here and some peculiarly choreographed dance sequences that play like the movie indulging in affectations to set itself apart. Instead it sort of strands interesting elements here and there. Elder’s issues worsen, and the doctor’s suggestions—less work, more rest—start to be recalled louder and louder as the mystic’s ancient potions have a minimal effect.

Russo’s footage is stark 16mm, every frame like it comes from the dust and smoke of the mines of Bolivia. The surreal sequences evoke a recently unearthed horror film, the dance numbers some lost reel of ’80s music videos. All culminates in a work both fascinating in its suggestions and beautiful in its compositions, but perhaps a bit too meandering in its own weirdness.