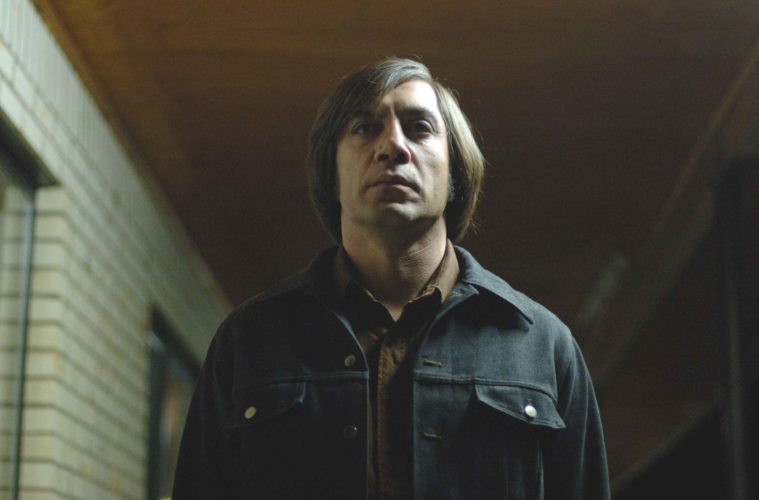 New to Streaming: ‘Wonderstruck,’ ‘No Country for Old Men,’ ‘Lucky,’ ‘Zodiac,’ and More The Age of Shadows (Kim Jee-woon)

Eyebrows were raised when it was announced that South Korea will submit the as-yet-unreleased espionage thriller The Age of Shadows for Oscar consideration instead of Cannes hits The Handmaiden and The Wailing. Premiering out of competition at the 73rd Venice Film Festival, writer/director Jee-woon Kim’s return to Korean-language cinema after a brief stint in Hollywood with the Schwarzenegger-starrer The Last Stand turns out to be a worthy choice that makes particular sense representing the country given how it speaks directly to the national memory/identity. – Zhuo-Ning Su (full review)

S. Craig Zahler is the kind of genre filmmaker who’s making films unlike anyone else in his field today. His 2015 debut Bone Tomahawk pulled together an impressive cast of character actors to make a two-plus hour western/horror hybrid, spending its sweet time building to a repulsive finale. The long runtime, slow pacing, and abrupt tonal shift all worked, though, thanks to Zahler’s memorable dialogue and imagination when it came to horrific violence. Brawl in Cell Block 99 sees the writer-director sticking to the same formula that made Bone Tomahawk work so well, and it’s hard not to blame him. Usually formulaic would be a bad thing, but Zahler is the only one using his particular formula, and the results are just as brutal and entertaining as before. – C.J. P. (full review)

While the legendary Harry Dean Stanton’s passing is more than heartbreaking, his final film, Lucky, stands as a glowing testament to his capabilities as an actor. Along with a towering performance in a career full of towering performances (no matter how small the part), the film feels fitting for the final work of Stanton. Stanton commands the film in a quiet way, something which most Hollywood actors can only dream of accomplishing during the length of their careers. It’s a spiritual journey. It’s a physical journey (landscape is key and something that director John Carroll Lynch uses masterfully). It’s a relational journey. Put precisely: it’s many things. His performance comes across so authentically that one’s heart is bound to break when his does. The assuredness of his script, the fragility of his movements, and the thoughtfulness of his character make for a performance that feels like a culmination of his weathered essence.  – Chelsey G.

Winner of the top prize at South by Southwest Film Festival earlier this year. Jared Mobarak said in our review, “What makes Most Beautiful Island standout, however, is that it isn’t just about desperation. Whether Luciana survives the night pales in comparison to whether she can gain power in the process by peering behind the curtain of paradise’s lie. When you have nothing to lose, why not use your oppressors’ vices to your advantage?”

No Country For Old Men (Joel and Ethan Coen)

It’s hard to believe it’s been over a decade since Joel and Ethan Coen’s No Country For Old Men, their bleakly intense Best Picture winner, hit theaters. Shot by Roger Deakins with no shortage of indelible images and featuring one of the most menacing performances ever, courtesy of Javier Bardem, the neo-western is now available to stream on FilmStruck.

Vine fad “Simply Sylvio” and its film adaptation — more plainly titled Sylvio — by directors Albert Birney and Kentucker Audley offer a tense amalgamation of lowbrow sensibilities and highbrow execution, which the anthropomorphic gorilla then beats into submission. In a film about dualities, it makes sense for Sylvio to tread lightly despite its loud premise, concerning the budding relationship between aspiring talk-show host Al Reynolds and the eponymous gorilla, as well as their fame, derived from the success of a recurring segment on the show in which Sylvio goes bananas by breaking stuff on-screen.  – Jason O. (full review)

The Strange Ones (Christopher Radcliff and Lauren Wolkstein)

One of the more enigmatic, visually striking short films I’ve seen at Sundance was Lauren Wolkstein and Christopher Radcliff’s The Strange Ones back in 2011. Six years later, the duo have returned with their feature-length expansion. Premiering at SXSW Film Festival, where star James Freedson-Jackson was awarded Special Jury Recognition for Breakthrough Performance, we said in our review, “Despite its overall narrative obliqueness, scene to scene The Strange Ones proves to be an engaging, well-made film masking the absurdity of its various levels and alternative realities.” – Jordan R.

“It’s a long story.” So says Una, a young woman with a going-nowhere office job and an emotionally devastated past, when asked about her relationship with Peter — the man she knew as Ray. Indeed it is a long story — a morally complex and cruelly realistic one, too. The debut feature from theater veteran Benedict Andrews, Una is an astonishing success. Anchored by two exhilarating performances from Rooney Mara and Ben Mendelsohn, the film is also harsh, moving, and extraordinarily riveting, one of the more unsettling works to play the 2016 Toronto International Film Festival and undoubtedly among the most provocative. – Christopher S. (full review)

With Wonderstruck, Todd Haynes has created a bold, tremendously original film that I expect will be adored for years to come. It transports the viewer to places that are long, long gone: Manhattan in the 1920s, the down-and-dirty Big Apple of the 1970s. And it tells two stories — separated by several decades — that are as affecting as any in recent cinema. The gentle, heartbreakingly exquisite Wonderstruck may at first seem something of a departure for Haynes. However, he has always been a successful chronicler of the outsider. His adaptation of Brian Selznick’s 2011 book is a gloriously involving tale, one infused with imagination and mystery. And the performances from its three young leads — Millicent Simmonds as Rose, Oakes Fegley as Ben, and Jaden Michael as Jamie — are enchanting. – Chris S.

The most ready-made accolades handed out to our greatest film artists are invocations of other art forms. An artist can be labeled “painterly,” “literary,” or perhaps one who’s “sculpting in time.” (But never “theatrical,” by God. One of the first things you learn on the IMDb Message Boards – R.I.P. – is that a movie is NOT a play.) Such is the lot in life for the vulgar medium of cinema, the runt art that in 2007 was tiptoeing into only its second century. The “architectural” art form is invoked for the most meticulous craftsmen, directors whose camera and sets worked together in sharp straight lines to create worlds that often literally loom over their characters. Usually Hollywood artists, the “architectural” filmmakers include Alfred Hitchcock, Fritz Lang, and have David Fincher as a modern spiritual heir. Fincher’s 2007 masterpiece Zodiac prominently features works of brutalist architecture inside which the hunt for the Zodiac Killer is carried out by a group of obsessives. It is about the flowering and wilting of that obsession in the face of mounting indifference, and the failure to find any closure for the hole that an obsession creates. It’s a carefully brutal film. – Nate F. (full review)

Anatomy of a Murder