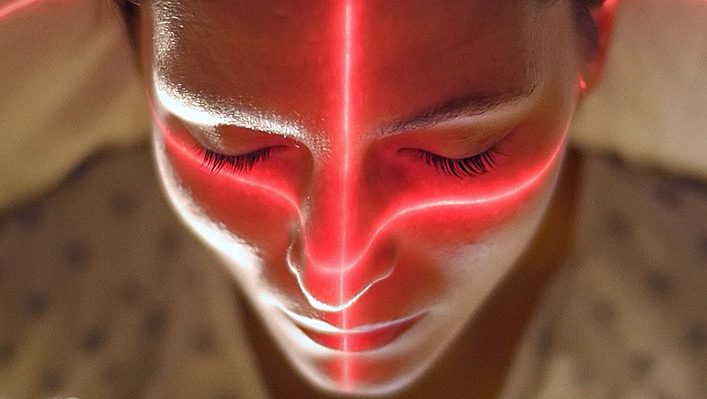 New to Streaming: ‘Upstream Color,’ ‘The Third Wife, ‘Tigers Are Not Afraid,’ ‘Yesterday,’ and More

The Sound of Silence (Michael Tyburski)

What if our happiness wasn’t solely predicated on our fruitful relationships, career success, or spiritual fulfillment, but rather the sounds around us? It’s this idea that drives music theorist and self-proclaimed house tuner Peter (Peter Sarsgaard) to the point of maddening obsession in The Sound of Silence. The directorial debut of Michael Tyburski has a compelling hook as we go on this journey of aural perfection, but the follow-through leaves something to be desired. In terms of its thematic predecessors, The Conversation and Blow Out set an impossibly high bar, but even the narrative propulsion of those classics is lacking here as the story plays out in roughly the same monotone key. – Jordan R. (full review)

Set in a remote village surrounded by flora and fauna where at any minute wild hogs can stroll into your garden unannounced, the film stars Agnieszka Mandat-Grabka as retired part-time English teacher Janina. Although she obviously stays in a lot, Janina seems quite beloved by her young students, fellow townsmen, and especially her two dogs. When said canine housemates go missing one day, Janina is devastated. But more mischief is in the cards as, soon thereafter, important local figures, from the police chief to the mayor, start turning up dead all over the place. – Zhuo-Ning Su (full review) It’s 19th century Vietnam and fourteen-year-old May (Nguyen Phuong Tra My) has just been married to a wealthy landowner named Hung (Long Le Vu). She wears a genuine smile on her face, this next chapter in life as hopeful as it is scary. She has two other women to help steer her through womanhood, motherhood, and sexual pleasure (Nu Yên-Khê Tran’s first wife Ha and Mai Thu Huong Maya’s second wife Xuan) and a future of comfort awaiting her with but one goal: bearing a son. A bloody sheet is displayed to represent consummation; a growing belly to prove no time was wasted for conception. And as the days progress with less and less to do thanks to servants, May’s eyes and mind begin to gradually wander. – Jared M. (full review)

Tigers Are Not Afraid (Issa López) As the Huascas gang runs unchecked through their streets, devoid of morality and always ready to scoop up an unsuspecting woman or child to sell into a human trafficking ring, the orphans created in their wake become their underestimated adversaries with nothing to lose. Kids like Shine (Juan Ramón López) understand what’s happening despite their age. He knows that the same people who took his mother from him also left Pop (Rodrigo Cortes), Tucsi (Hanssel Casillas), and Morrito (Nery Arredondo) to fend for themselves. So he forms a gang of his own, stealing what they can to stay alive while also hiding from the men burning down their homes. – Jared M. (full review)

If Upstream Color doesn’t necessarily reach the jargon-heavy dizziness of its director’s previous film — the 2004 time travel scrambler, Primer — it’s still experimental by conventional standards, and the ability to rewatch scenes and sequences is something that could easily come in handy. (Read our breakdown of the film’s narrative here.) More than anything else, though, the film marks a major step forward formally for Carruth: whereas Primer charmed people with its $7,000, DIY inventiveness, there’s nothing amateur about the construction of Upstream Color, from Carruth’s mathematically precise editing to the award-winning sound design. – Danny K.

There’s perhaps no genre Danny Boyle can’t work within. On the opposite spectrum from his darker works, Yesterday is a flawed yet mostly effective light and fluffy departure, examining stardom in a post-Beatles world in which fledging alt-rocker Jack Malik (Hamish Patel) become the vessel for spreading love, joy, and sonic harmony. While the film provides the kind of comfortable formulaic delight that screenwriter Richard Curtis has built his 40-year career on, it’s not destined to be an oft-rewatchable gem like so many of his previous efforts, such as Love Actually, Notting Hill, and Four Weddings and a Funeral–nor may it inspire younger viewers to revisit The Beatles catalog. – John F. (full review)

Hammett
Rapado
The Death of Empedocles
Scenes From The Life of Andy Warhol: Friendships And Intersections
Starred Up
Maya Dardel