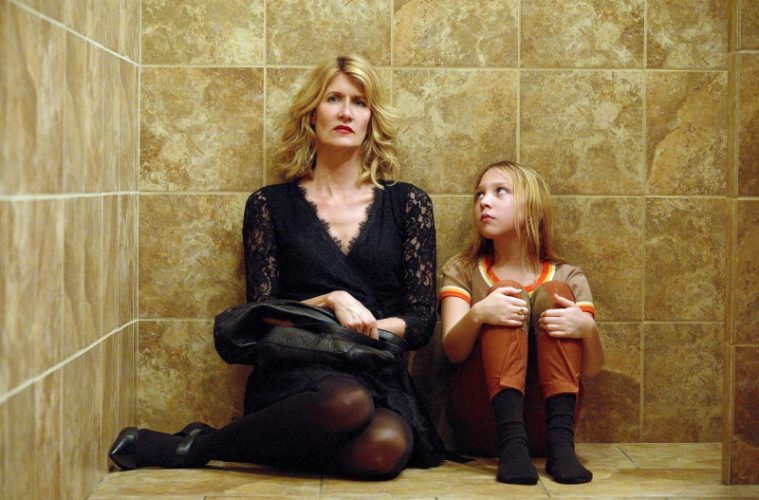 New to Streaming: ‘The Tale,’ ‘Unsane,’ the Films of Kelly Reichardt, and More

The characters populating Ilian Metev’s 3/4 (read: Three Quarters) often walk and talk in pairs, but they are seldom framed together, the camera lingering on each as the separate halves of a whole that never quite comes into being. They are the three quarters of a family enjoying what is likely to be their last summer together: physics professor Todor (Todor Veltchev) and his two children, adolescent son Niki (Nikolay Mashalov), and his older sister Mila (Mila Mihova), a piano prodigy preparing for an audition which, should everything work out, could land her a place at a prestigious German conservatory. Mother is nowhere in sight. Mentioned only during a fleeting early exchange between Niki and Mila, she is the family’s missing quarter, an invisible figure whose absence feeds many of the anxieties dad and kids share but never truly discuss. – Leonardo G. (full review) The tell-all “autobiography” Ecstasy and Me: My Life As A Woman was exactly what Hedy Lamarr’s agent wanted to make quick money. But it wasn’t her life. Whether her ghostwriter’s words were true or not, the story dealt with everything she hoped wouldn’t define her legacy. Sadly she never had the chance to set the record straight with a follow-up of her own creation despite ambitions for one. The former Hollywood starlet became a recluse, barely seen in public and hardly in a position to be listened to or believed. And yet there were rumors — clear-cut facts actually — that Lamarr did much more than act, dance, and sell war bonds. The truth had her being the inventor of a patent with an estimated market value of $30 billion. Hedy Lamarr was a trendsetting genius and no one knew. So of course director Alexandra Dean would want to tell her story — the real story. – Jared M. (full review)

Pixar’s best film in years, Lee Unkrich and Adrian Molina’s Coco does what the studio does best: create rich, human stories with a range of deep emotions and textures. The vibrant story centers on a 12-year old Miguel, a rebellious musical from a family of shoemakers who have forbidden him from playing rock ‘n’ roll. Idolizing music legend and matinee idol Ernesto de la Cruz, he finds himself on the other side of the Day of the Dead in a film about culture, legacy, honor and remembrance. Operating in a similar mode to another film about love and loss, A Ghost Story, Coco is just as rich and striking a deep emotional cord as Miguel traverses time to unpack a forgotten family history. The vibrant land of the dead is matched in the realm of the living with uncanny detail and emotional accuracy, lovely music, and engaging plots and subplots. Its glorious visuals are perfectly matched with first-rate storytelling. – John F.

The Films of Kelly Reichardt

One of the greatest directors working today, Kelly Reichardt’s films are deeply rich in location and character regardless of the genre she’s working in. A quartet of her best films, including her debut River of Grass, as well as Old Joy, Wendy and Lucy, and Meek’s Cutoff, are now available to stream on FilmStruck.

Besides being gay, Simon Spier is a completely traditional millennial teen movie protagonist. He’s played by a 20-something, sleeps in a ridiculously over-designed bedroom, and has musical tastes much older than his age group. That one big difference is both a positive breakthrough for a mainstream film and part of Love, Simon’s emphasis on its title character’s normalcy. Its most laudable quality is attempting to tell a story about a gay person without falling back on clichés around cultural oppression or the misery of the closet. Those elements are still present, of course–to affect a utopian, prejudice-free vision of high school life would undermine the movie’s attempt to hew to social verisimilitude. But it’s most interested in filtering general themes of pubescent identity confusion through the more specific experience of maneuvering one’s burgeoning sexuality through the nightmare of high school. – Dan S. (full review)

What does your life mean if the memories that have defined you are revealed to be false? What if the memories are tied to devastating trauma? For Jennifer Fox (Laura Dern), when letters are unearthed revealing more about a “relationship” when she was 13, she starts to not only investigate in the present-day, but excavates the memories that she’s repeated since the trauma and opens a dialogue with her younger self (Isabelle Nélisse). What she perceived as a relationship was, in fact, repeated rape. Directed by Fox herself, The Tale is an emotionally debilitating drama, the powerful kind that makes one want to scream rage at the events on the screen, but are choked by silence as the credits roll, comprehending the irrecoverable damage caused to the protagonist and the director, as the events are based on her own life. – Jordan R. (full review)

The Last Witness (review)
Tomb Raider
A Wrinkle in Time

It Happened One Night

The Burning Hell
The Ladykillers
Asparagus
A Bad Son
Vincent, François, Paul and the Others
César and Rosalie
Max and the Junkmen

Blue Jasmine
Nick and Norah’s Infinite Playlist
Outside In (review)