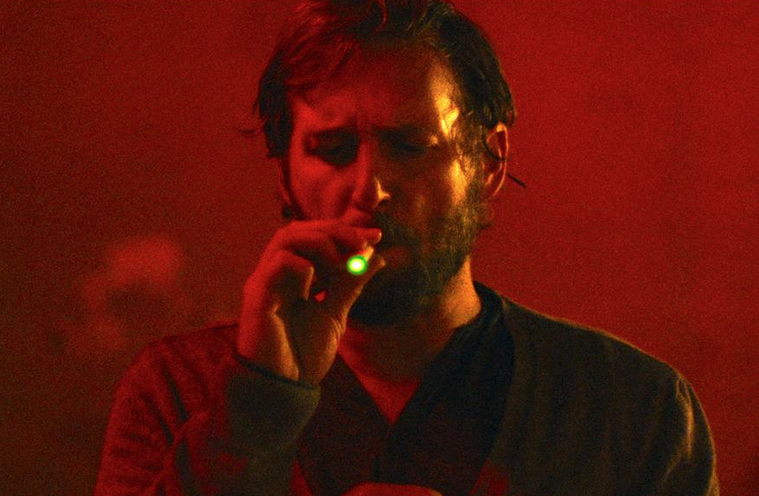 New to Streaming: ‘The Mend,’ ‘The Overnight,’ ‘About Elly,’ ‘Catch Me Daddy,’ and More

The euphoria and anguish of first love has been captured in countless films, but few do it with the level of raw authenticity and intimacy as found in Hannah Fidell‘s latest feature. 6 Years, which seemingly takes place over the course of only a few weeks, tracks a climactic point in the relationship of Dan (Ben Rosenfield) and Melanie (Taissa Farmiga), childhood friends who have been dating for a half-dozen years and are forced to confront major changes as college winds down and their future options open up. – Jordan R. (full review) A few years before A Separation left its considerable mark on the world-cinema landscape, Asghar Farhadi had another masterpiece under his belt. Why it’s been unavailable in the United States for some six years is a total mystery, but that (courtesy of Cinema Guild) has finally been taken care of — and now, at long last, here is About Elly. For fitting the mold of mystery, hangout movie, social critique, and gender-dynamics drama with equal aplomb, this film is the clearest example of Farhadi’s considerable powers. Its 2009 tag be damned, About Elly is one of the best “new” releases we’ve been given this year. – Nick N.

Avengers: Age of Ultron probably shouldn’t work. It’s packed to the brim with characters, and the fact that almost all of them have their own moments to shine — and their own individual journeys — is a testament to writer-director Joss Whedon‘s knack for crafting compelling ensembles. The wheels almost fall off this busy blockbuster, especially in the second act, but Whedon delivers on the sequel to his highly enjoyable (albeit slightly superior) superhero smash hit. – Jack G. (full review)

Even though he’s absent until the film’s final sequence because the estranged daughter he’s hired bounty hunters to find is foremost in our attention, director Daniel Wolfe‘s quote explaining his story as “a man imprisoned by his own narrative” couldn’t be truer. Pakistani mobster—the only label befitting him after experiencing the violence wrought in his name—Tariq (Wasim Zakir) is behind everything from scared Laila (Sameena Jabeen Ahmed) and her white boyfriend Aaron (Connor McCarron) scraping together a trailer park life in hiding to son Zaheer (Ali Ahmad) and his cronies trailing them to the racist pair of muscle enlisted to provide those being squeezed for information pale faces (Barry Nunney‘s Barry and Gary Lewis‘ Tony). Catch Me Daddy is a goad pitting this man’s heart against a reputation not even blood can afford permission to tarnish. – Jared M. (full review)

One of the better directed films one is bound to see this year, David Zellner‘s Kumiko, the Treasure Hunter is a tightly controlled, beautifully-shot oddity with a deeply felt performance from The Brothers Bloom and Pacific Rim star Rinko Kikuchi. Using the true story of one person’s obsession with a fabricated story, Kumiko may be peculiar, but it’s an ultimately powerful and tragic fable of passion. #TeamBunzo, indeed. – Jordan R.

Irritably charming, Les Combattants (released as Love at First Fight in the U.S.) is a warm summer romance destined to be remade by Hollywood. Lacking the sentimentality of Nicholas Sparks, first-time feature filmmaker Thomas Cailley — also the film’s co-writer  — has created an uncompromisingly French portrait of youth wrapped in a slight critique of gender and national identity. The weaker one isn’t all that weak after all, just confused — in fact he’s more decisive than his romantic interest, a women hell-bent upon climbing the military ranks. In a traditional Hollywood narrative the roles might be reversed featuring a scenario that would see a manic pixie dream girl advising the object of her affection to cut loose. – John F. (full review)

Due to their public domain status, literary classics are subject to potentially endless film adaptations. Why make an original work when you can drape a top-rate cast in extravagant costumes and bask in the romantic trappings of a bygone era? As the industry proves, people still adore these films, and they’re a surefire way to garner attention from stodgy award judges. But when are they actually necessary? What could a filmmaker do to draw audiences into a dated world that, while pleasant to look at, may not carry the emotional weight it did centuries ago? Like Vincente Minnelli and Claude Chabrol before her, director Sophie Barthes tries her hand at bringing Gustav Flaubert’s once scandalous tale to a new generation. – Amanda W. (full review)

Against all odds, The Mend is not that sort of film; then again, it’s not really any sort of film. At one turn a comedy centered on two brothers, Mat (Josh Lucas, never more worn-looking) and Alan (Stephen Plunkett), and the dynamics their familiar character molds naturally create — the former’s a degenerate with glimmers of kindness and a hopeful existence; the latter’s an upper-class career man who’s seeing the most important piece of his life fall away, mostly because he’s no less an asshole than his brother, but merely a bit nicer in being so — it also earns the right to be called an existentialist drama for relying as much on, say, the moods a room’s lighting might create throughout a given day as it does the forces of language. It’s a consistently wonderful, occasionally astonishing, deservedly moving piece of film craft layered on top of a screamingly funny screenplay, one that seems to have (rightfully) been designed for the sake of fitting around the muscularity of Magary’s formal expression. (Or vice-versa, perhaps; the dichotomy’s tight enough to make that relationship ambitious.) More than that, though, The Mend is possibly the finest, most significant American film that 2015 has offered thus far, and certainly one of the year’s great pictures, full stop. – Nick N. (full review) Things get weird, and then some, in Patrick Brice‘s engaging and bizarre new comedy The Overnight. As with the majority of Duplass-produced features, we follow a couple (Adam Scott and Taylor Schilling) past their honeymoon phase, but before a level of veritable maturity. Having recently moved from Seattle to Los Angeles with their sole child, they are looking to make friends, which they end up finding at a local playground. Arriving with an over-confident presence is Kurt (Jason Schwartzman), a man of mystery and random knowledge who immediately attracts (or rather, effectively coerces) the couple to come to their house for a night of pizza so their children can bond.- Jordan R. (full review)