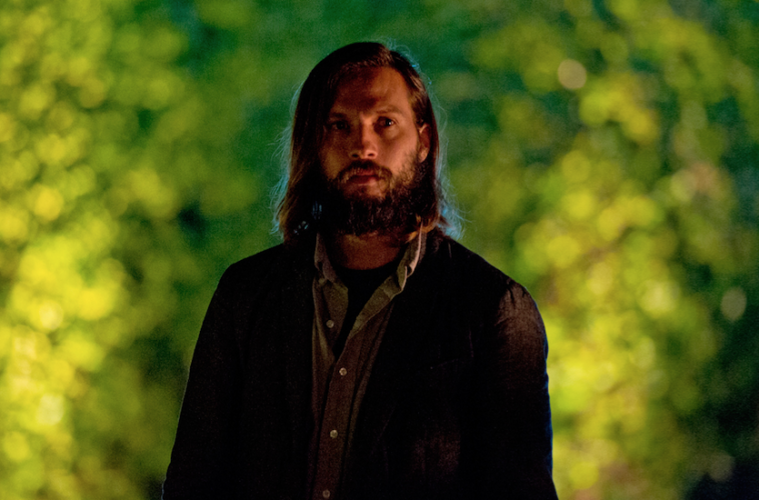 New to Streaming: ‘The Invitation,’ ‘Joy,’ ‘Summer Interlude,’ and More

Christmas time is a lonely time for many; a “time of giving” that reminds more than a few of us what we’ve lost. This is the feeling Christmas, Again wades in, as produced, written and directed by Charles Poekel. We follow Noel (Kentucker Audley), who’s selling Christmas trees on a Manhattan curb for the fifth winter in a row. He’s getting over a recent break-up and working with the younger brother of the friend that used to be his partner. It’s a lonely state of affairs, Noel waking up for the night shift, taking medication, sweeping the pine needles off of the curb, etc. Audley is an extremely talented young actor whose been around for some time now, supporting in fellow Sundance movies like V/H/S and Ain’t Them Bodies Saints. Here, in the lead, he proves vulnerable and endearing, building an authentic character to care about and root for even during these smallest of trials and tribulations. In 80 minutes, you will learn more about the art of selling Christmas trees than you ever wanted to know. – Dan M. (full review)

Don’t go to Ireland or, better yet, don’t go to the part of Ireland where your insane neighbor tells you to stay out of the woods is the moral of The Hallow. Also, when something crashes into your child’s bedroom and somehow slams the door, don’t assume it’s a bird and move on with your lives as if a clear set-up for a horror movie didn’t just occur. Somewhat naive characters and the obvious sense of dread in the introduction implies director Corin Hardy‘s The Hallow isn’t exactly going to reinvent the wheel, but that’s acceptable, considering the final product tells a familiar horror tale notably well. – Jack G. (full review)

Director Karyn Kusama is back this year, returning to her low-budget roots with The Invitation, a taut psychological thriller following a dinner party with many twists and turns that aren’t easily shaken. We said in our review at SXSW, “As the tension effectively builds and pay-off is pulled off with aplomb, The Invitation is a mostly effective small-scale thriller, despite some missteps along the way.” – Jordan R.

Joy is a small-stakes story told with the highest of energy. Over his last few films, David O. Russell has looked further inward, pushing his ensemble screwball sensibility to the forefront, but it’s often at the expense of storytelling. His latest unfortunately still suffers in telling an engaging, clean tale, but it’s not a case of style over substance. In fact, aside from a few moments of that signature swoop-and-swing filmmaking, there’s very little of the dizzying juggling act found in the director’s previous work. – Michael S. (full review)

Sebastián Silva is a director who strives for the unexpected. Both premiering at Sundance a few years ago, Magic Magic and Crystal Fairy are wild movies, often veering into strange and dark territory. Even if the tonal or structural gambles don’t always payoff, it’s refreshing to see a filmmaker take those kind of chances. Silva does that yet again with Nasty Baby, which begins as a great romantic comedy that becomes an entirely different beast by the end. – Jack G. (full review)

For the uninitiated, Samba Gadjigo and Jason Silverman’s Sembene! offers a valuable entry into the canon of African cinema and its founding father: the late, great Senegalese pioneer Ousmane Sembene. Forgoing the liveliness of Alex Gibney’s Finding Fela!, Sembene! finds its own rhythm: part-retrospective, part-academic study in the spirit of the director’s work. – John F. (full review)

Five years after writer/director Debra Granik‘s sophomore effort Winter’s Bone earned four Oscars nominations including Best Picture, she returns to the big screen with a documentary spawned from her experience filming in Missouri. Far from a novice to the genre — she lensed a documentary called Thunder in Guyana before making her feature length debut Down to the Bone — it may still seem strange she’d follow an acclaimed work of fiction with an uncensored look at an old Vietnam War vet. But as she’d explain it, her craft as a filmmaker comes from documentary observation and to see Ronnie Hall isn’t to forget him. Nicknamed “stray dog,” this aging biker readjusting a solitary life to include a new wife is intriguing enough. Adding his tales of what came before makes it a must-see. – Jared M. (full review)

Touching on many of the themes that would define the rest of his legendary career—isolation, performance, the inescapability of the past—Ingmar Bergman’s tenth film was a gentle drift toward true mastery. In one of the director’s great early female roles, Maj-Britt Nilsson beguiles as an accomplished ballet dancer haunted by her tragic youthful affair with a shy, handsome student (Birger Malmsten). Her memories of the sunny, rocky shores of Stockholm’s outer archipelago mingle with scenes from her gloomy present, most of them set in the dark backstage environs of the theater where she works. A film that the director considered a creative turning point, Summer Interlude (Sommarlek) is a reverie about life and death that unites Bergman’s love of theater and cinema. – Criterion.com

Judd Apatow’s latest is a hilarious and seemingly perfectly timed picture that announces Amy Schumer as a force to be reckoned with in the comedy world for years to come. It seems only natural that this vehicle, which she headlines and wrote, would springboard her, but it is also the cast around her and Schumer’s willingness to be anything but politically correct that’s part of the charm and hilarity of Trainwreck. Clearly I wasn’t alone in missing several follow-up jokes throughout the film as laughter echoed through the Paramount Theater. It’s the kind of film that should only gain more traction on repeat viewings and, perhaps unlike other work from Apatow, the pacing is excellent. – Bill G. (full review)