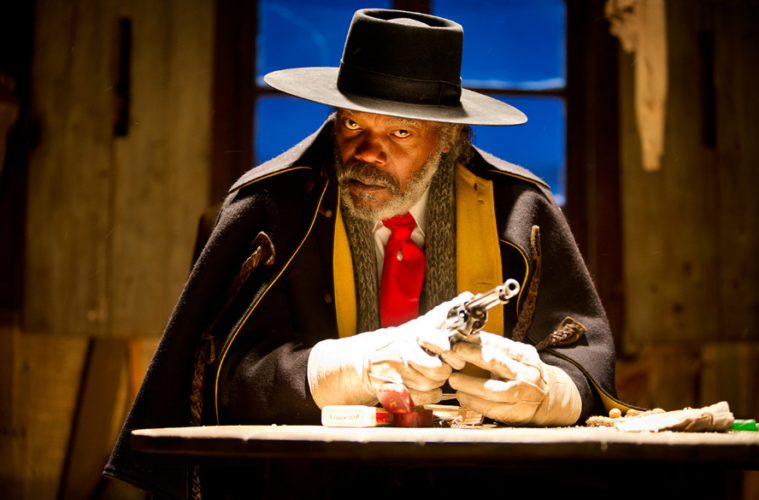 There’s a bargain underlying the whole of Atomic Blonde, wherein director David Leitch wavers between its more cheeky qualities and its adherence to the conventions of generic spy fare. The film is, by definition, “cool” in every sense. Despite some wonky plotting best described as Diet John le Carré and a heavy-handed soundtrack that occasionally gets in its own way, Charlize Theron plows full steam ahead with a taut precision and a physicality commanding every moment with an icy ferocity. Thankfully, this helps you ignore the moments where Leitch employs a somewhat masturbatory, Nicolas Winding Refn-esque tendency to remind you how fucking “cool” it all is. – Conor O. (full review)

If the multiplex horror options are light this year, look no further than streaming platforms to find a sequel to the small-scale, but effective Creep. Director Patrick Brice and writer-star Mark Duplass are back for more unsettlingly personal frights, which should make for a fitting Halloween viewing.

Not only a film about hatred, but a film that has hatred in its bones — for the ways of its ostensible heroes, for the destruction they bring, and, by extension, for the ways that both can be felt in the modern day. (The timing of this release and the writer-director’s recent protests certainly doesn’t feel coincidental when you consider the trajectory of, to name but one example, Samuel L. Jackson’s Major Marquis Warren.) And while Quentin Tarantino’s eighth film isn’t simply a howl into the winter winds — hardly a surprise, since he’s never been interested in such single-minded gestures — it remains capable of startling whenever empathy, gentleness, and grace shine through. (How easy a constant brutalization of Jennifer Jason Leigh’s Daisy Domergue, the sole female lead, makes easy to forget this movie’s willingness to stop and watch her catching snowflakes on her tongue during an ever-so-brief freedom.) With its ensemble cast working in morbidly funny harmony, Robert Richardson helping beautify its battered world, and Ennio Morricone serving giallo-esque musical stylings (better than hats or horses as a signal of what’s being attempted), The Hateful Eight is also a grand entertainment — in many ways the most complete cinematic package of 2015. – Nick N.

With a generation now largely measuring their self-esteem by the amount of likes on their Instagram feed, the veneer of a perfect life is a sought-after badge of approval. Call it a cynical observation, but the rush of personal achievement via double taps is an addicting one, especially so for Ingrid (Aubrey Plaza), a mentally unstable woman filling the lonely void left by her recently deceased mother with social media stalking. Upon reading an article in Elle, she sets her sights on Taylor Sloane (Elizabeth Olsen), an Instagram influencer who gets paid by companies to hawk their latest fashionable products. Using the $60,000 left by her mom’s will, she sets off to Los Angeles to hopefully make a new friend and thus begins the escalating deception of Ingrid Goes West. – Jordan R. (full review)

Closer to an expansion of its predecessor than a true follow-up all its own, John Wick: Chapter 2 offers a fair share of what already worked while ironing out a few rough spots. Which isn’t to say the formula’s been perfected just yet. The basic set-up might hint at this: some unfinished business from John Wick’s last crusade rears its head in an explosive, fiery way. Before you ask, worry not: his new dog makes it through all right, as revealed in one of this movie’s simpler and, tellingly, more clever images, a quiet subversion of where you think things are headed. The reluctant killer now finds himself carrying out an assassination plot, caught in a double-cross, the subject of a big-game bounty hunt, and some other scenarios that, who are we kidding, are the threads stringing us from one action sequence to another and one killing to the next. So, so many killings. – Nick N. (full review)

If Hollywood’s horror offerings this October have you feeling unperturbed and disappointed, a restoration of a classic in the genre will help to provide your spook-filled fix. A year after Frankenstein and a year before The Invisible Man, James Whale directed an adaptation of J. B. Priestley’s Benighted, titled The Old Dark House. – Jordan R.