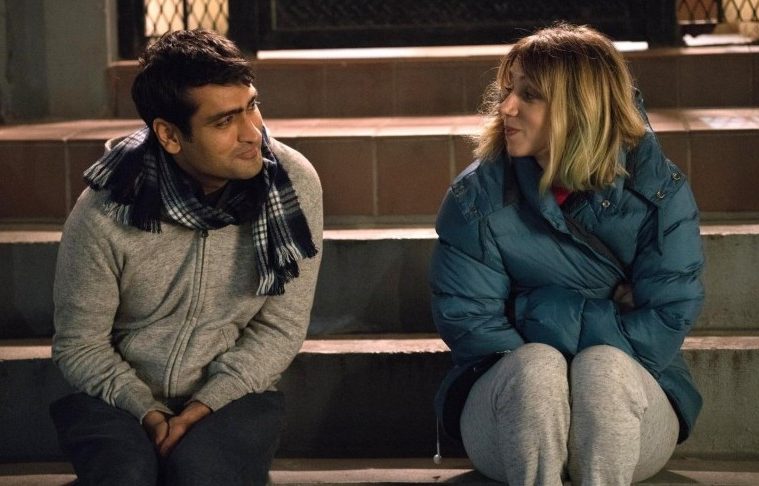 New to Streaming: ‘The Big Sick,’ ‘Paris Can Wait,’ ‘Harmonium,’ ‘Lost in Paris,’ and More

From start to finish, The Big Sick, directed by Michael Showalter, works as a lovingly-rendered, cinematic answer to the dinner party question: “So how did you two meet?” Based on comedian Kumail Nanjiani‘s real life (he co-wrote the screenplay with his wife Emily V. Gordon), we meet Kumail (Nanjiani) as he finishes a stand-up set in Chicago. He becomes fast friends with a wooting heckler named Emily (Zoe Kazan, lovely), and a relationship begins to blossom. – Dan M. (full review)

Much of what tantalizes about the seemingly straightforward drama Harmonium is what makes it so difficult to describe. It is nominally a domestic drama, centering on a family whose normal middle-class existence as owners of a metal workshop is slowly, heartbreakingly upended by the arrival of Toshio’s old friend Yasaka (Tadanobu Asano). However, it holds more than a tinge of the thriller to it as well, and while the film never truly leaves its dramatic vein, writer-director Kôji Fukada’s skill is such that it moves around within this zone, assuming the quotidian and the suspenseful with shocking ease. – Ryan S. (full review)

Despite winning Best Director at last year’s Cannes Film Festival, Cristian Mungiu‘s approach in Graduation will feel safe to many already familiar with the Romanian New Wave, for which he broke major ground when winning the Palme d’Or with 2007’s 4 Months, 3 Weeks and 2 Days. But look past the fact that, yes, this is another moral- and social-crisis drama consisting primarily of extended two-shot conversations and a knottier, more rewarding movie is waiting for you. – Nick N.

I Am Not Madame Bovary (Xiaogang Feng)

A couple of months ago, we noted how it’s been a seriously underwhelming year for Chinese-language cinema – an assessment that stands despite the recent release of Berlinale-winner Crosscurrent. Well, turns out the Middle Kingdom might have a year-end surprise or two up its sleeve after all. Having scored a FIPRESCI prize at Toronto and the prestigious Golden Seashell at San Sebastián, I Am Not Madame Bovary is a healthy return to form for veteran director Xiaogang Feng that, while not exactly hitting the ball out of the park, delivers a genuinely funny, slyly observant diagnosis of contemporary China complete with lush, absurdist flair. – Zhuo-Ning Su (full review)

With a tip of the hat to Jacques Tati, Charlie Chaplin, and Jacques Demy, husband/wife team Fiona Gordon and Dominique Abel’s Lost in Paris is a whimsical, almost silent comedy set on the streets and in the parks of Paris. – John F. (full review)

It took fifteen years of perseverance—acquiring the rights, losing them, and reacquiring them at the behest of screenwriter Jane Goldman stoking the fire—but producer Stephen Woolley finally got Peter Ackroyd‘s 1994 novel on the big screen as The Limehouse Golem. There were some big names attached from Merchant Ivory originating plans to Woolley hoping for Neil Jordan years before developing it with Terry Gilliam. Don’t let this taint your opinion when peering upon Juan Carlos Medina‘s name on the director’s chair, though. Despite being only his sophomore feature, there’s a lot to like as he imbues the proceedings with a nightmarish air of mystery and suspense. It’s a dark Sherlock Holmes-esque case bolstered by a heartfelt desire for justice exactly when it appears impossible to find. – Jared M. (full review)

With her last feature directorial credit being contributions to 1991’s Hearts of Darkness: A Filmmaker’s Apocalypse, Eleanor Coppola is perhaps better known as Francis Ford Coppola’s wife than a filmmaker. Yet, she triumphantly returns this year with one of the sexiest and most joyful road movies in some time with Paris Can Wait. – Jordan R. (full review)

A Dark Song (review)
Down Down the Deep River
Maurice