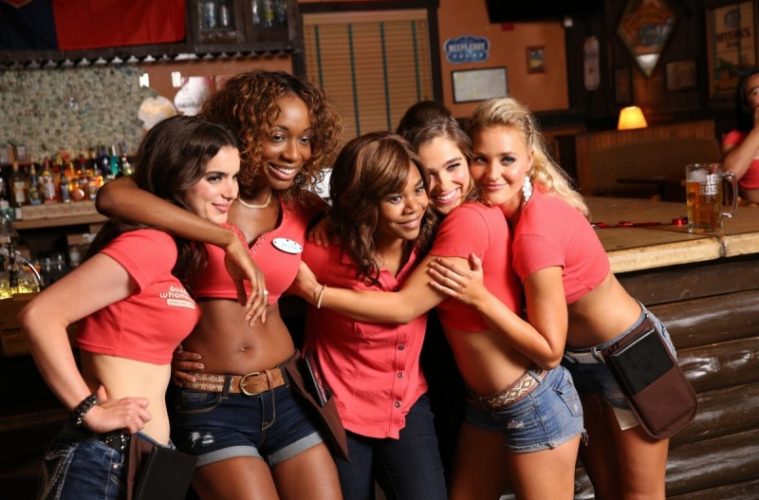 It starts with a London-based rabbi speaking from his heart about the complexities of life. He stammers through — obviously ailing — until collapse. Suddenly we’re in New York City watching a photographer in-session with tattooed seniors. The phone rings and we know. She (Rachel Weisz’s Ronit Krushka) is the daughter of that rabbi and he has passed away. The assumption is that both these worlds will subsequently collide in reunion. Tears will be shed and hugs had. But that’s not quite the case with Sebastían Lelio’s Disobedience. Ronit has been gone for some time and the leaving wasn’t under good terms. Her arrival is thus met with shock, bewilderment, and perhaps some anger. We sense the old wounds shared by all and ready to witness as they’re ripped open. – Jared M. (full review)

Darren Aronofsky must love a good allegory, although making one himself appears to be a different matter entirely in mother!. Starting out as Aronofsky returning to his wheelhouse of paranoia thrillers in the vein of Pi and Black Swan, mother! becomes something much different and flat-out stupid than anything he’s made up to this point. Yes, the usual elements are all here — the mental breakdown of its lead character, the handheld, close-up visuals he adopted since The Wrestler, and the descent into full-blown madness in the final act – but they’re working within a thematic scale around the same size as his biblical epic Noah. The ideas may be big, but Aronofsky’s brain is still as small as it’s always been, leaving mother! as an exercise in watching someone drive their one, ridiculous idea straight off the tallest cliff imaginable. It’s one of the most insane things to grace multiplex screens in years; it’s also one of the most ludicrous. – C.J. P. (full review)

Double Whammy is the kind of roadside “breasturant” that sells escapism alongside their fried food and burgers. They may in fact be a dying breed as those damn millennials are choosing to eat healthy, fresh, local, and artisanal; or as we’re told by Double Whammy’s national competition, Man Cave – millennials prefer booties. This is the kind of place with “big ass” or “man size” beers, big screen TVs, and “cute” young waitresses instructed to flirt with clientele. And it’s the setting for the most mainstream comedy yet from Andrew Bujalski, a founding member of mumblecore. Director of pioneering films of the sub-genre like Funny Ha Ha and Beeswax, Bujalski’s latest film, Support The Girls, is a very funny drama following a day in the life of manager Lisa, as played brilliantly by Regina Hall. – John F. (full review)

As our coverage from the 75th Venice Film Festival continues, if you can’t make it to the picturesque Italian city to see the premieres, a selection of films are now available online. We’ve partnered with Festival Scope, who will showcase 16 feature films from the lineup, pulling from the Orizzonti section, Biennale College, Sconfini, and more. The films will become available on the day of their premieres, but tickets are limited. Through September 3 one can enter our giveaway for screenings, or if you’d like to start watching now, each screening is 4 Euros each, but if you select five or more, they are only 2 Euros a piece–a much better deal than the cost of a flight and hotel to Venice.

A Kid Like Jake
Mary Shelley
Pick of the Litter