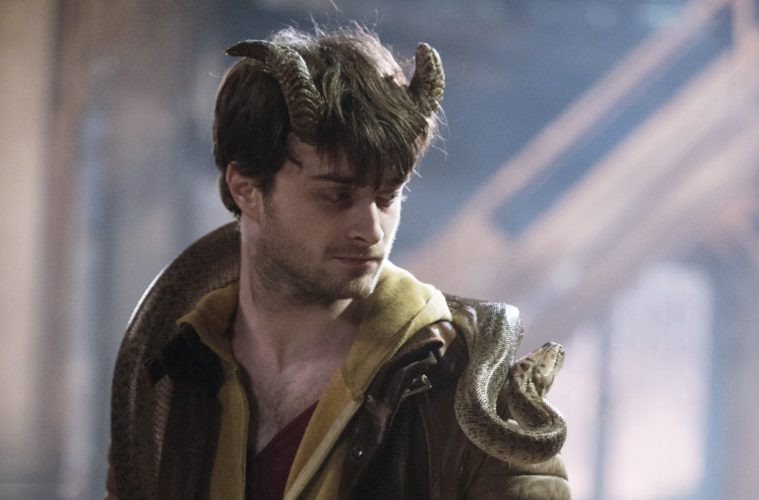 Automata, directed by Gabe Ibanez, does its damnedest to tackle those tried-and-true questions about artificial intelligence from a fresh angle. And with an impressively-layered lead performance from Antonio Banderas, as well as some densely-explored existential themes on humanity, the film hits the right notes some of the time. Unfortunately, the dialogue and the central narrative arc do not live up to the ideas present throughout. – Dan M. (full review)

Where to See: Amazon, iTunes, Google Cuban Fury mostly delivers the kind of funny, silly and delightful comedy as you’d expect from something “based on an original idea” by Nick Frost, best known as the side kick to Simon Pegg’s leading man in Edgar Wright’s “Cornetto Trilogy.” Here, Frost plays Bruce, a self-described “unstoppable salsa machine” with a passion for dance until his career ends in a brutal attack he and sister Sam (Oliva Colman) refer to as Sequin-Gate (he was forced to eat the sparkling decorations bedazzled to shirt by a group of hooligans). – John F. (full review) In 1982 it took a whole movie for E.T. to place a call back to his home planet. He might have found more luck with the trio of kids in Earth to Echo, who always seem to have a surplus of cell-phones and tech gadgets lying around. Echo, a family friendly adventure crafted in the E.T. mold, also features an endearing alien visitor trying to get off our blue rock with the help of a few pre-teen friends. The only new wrinkle in this version is that ever-present technology; this is The Goonies for the YouTube generation, featuring a charming trio of boys who spend most of their time being so self-aware of themselves as stars of a ‘story’ that any genuine moment where they come off as just vulnerable kids is both poignant and disarming. – Nathan B. (full review)

In a film festival climate which often seeks to grab attention through comparison — “it’s this year’s that,” or, just as often, “it’s this meets that” — we, ourselves, can play the comparison game: Horns aspires for Twin Peaks, but ends up as Twilight. It’s not simply a bizarre, supernatural tonal mishmash in the Pacific Northwest — though there is that — but, worse yet, a more-often-than-not strained collection of ugly misogyny and computer generated mumbo-jumbo. – Ethan V. (full review)

Sundance Film Festival is a breeding ground for exciting, new talent, with many budding filmmakers first stepping foot into the short film arena. The latest example comes with writer/director Lake Bell, who premiered her short Worst Enemy at the 2011 festival, and has now returned with her first feature-length effort, In a World…. Diving into the voice talent industry, Bell has crafted a relatable, humanistic small-scale drama, but one that could use another polish. – Jordan R. (full review)

I mostly enjoyed last year’s suspense horror The Purge, despite high expectations for the premise actually going where it needed to prove more than another generic home invasion flick. Writer/director James DeMonaco gave us the graphic brutality its conceit promised through its claustrophobically bottled skirmish between malicious debutantes and an (not so) innocent family trying to survive while also lending the social commentary at its back a voice. I use the parentheses because it just so happened that the Sandin’s patriarch was implicitly involved in the titular cleansing, making money off of the fear so many “true” innocents felt. To survive the government mandated 12-hour carte blanche crime spree you need protection and luck. DeMonaco showed that impenetrable bunkers can’t always save their inhabitants; his sequel presents how it’s even worse for those with nowhere to go. – Jared M. (full review)

It’s likely that you’ll know well ahead of entering the theater whether or not Disney’s Million Dollar Arm is your kind of entertainment. The final product—a well-made, enjoyably predictable, by-the-numbers sports drama—is destined to reward the confidence of those all-in audience members, while drawing a few begrudging naysayers along for the ride. If you find yourself attending Arm this weekend at the behest of baseball fans or relatives looking for a family-friendly outing, don’t worry much. Thanks to the likes of star Jon Hamm, writer Thomas McCarthy and director Craig Gillespie, this underdog story might actually provoke some cheers, even as you try to resist. – Nathan B. (full review) In the 16 or so years that he’s been in the game, filmmaker Joe Carnahan has built his reputation as much on the films he has made as he has on the ones he has not. A very vocal presence online and in the press, Carnahan is equal parts Hollywood studio cautionary tale and creative crusader. His new picture, Stretch, was scheduled to come out in theaters March 21st, only to be pulled by distributer Universal months before release, claiming the film was not worth the money it would take to put it out on the big screen. Now it finds its way to the masses via Video On Demand, a distribution model that’s far less inauspicious then it once was. And though, on paper, Stretch has the makings of an alternative, studio hit – given it’s slick look and jam-packed, all-star cast – one understands the reservations having watched it through. Take note, this is mostly a positive. – Dan M. (full review)

Copenhagen
Dead Snow 2: Red. Vs. Dead
I Am Ali
Kite

A Long Way Down