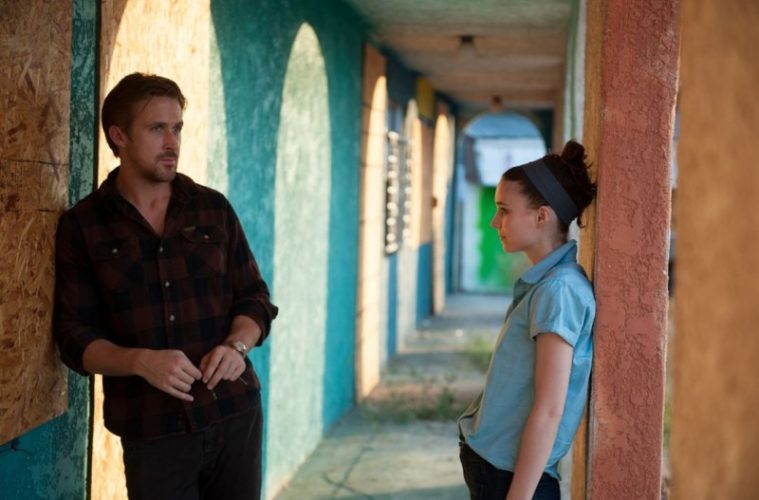 Before David Lynch was a filmmaker, he was a struggling painter, whose lifeblood was to “drink coffee, smoke cigarettes, and paint.” That’s what he dubbed “the art life,” and what an image – as featured in the many contemporary photos seen in this new documentary – it is, the bequiffed 20-something Lynch sitting back in his Philadelphia studio, composing transgressive abstract artwork. Bookmarked by footage of Lynch working on his latest paintings in his Hollywood Hills penthouse, the wonderful new documentary David Lynch: The Art Life showcases the artistic developments of one of America’s most singular directors. – Ed F. (full review)

The Fate of the Furious (F. Gary Gray)

For a franchise that is thematically fueled by little else outside of family, eight entries is an impressive milestone, with two more on the horizon within the next four years. A far cry from the Nu Metal soundtrack and decal laden, souped up cars from the first installment, the crew of The Fate of the Furious are no longer small business owners (remember that?) or night crawling outlaws stealing DVD players. Now they’re globetrotting superspies with access to the government’s highest security clearances and a never ending supply of fast cars — who occasionally like to barbecue. The disparity results from 16 years and and four different directors doing what they can to shake things up. Fresh faces, exotic locales, time-jumping, heists, tanks, planes, amnesia — you name it. No stranger to swapping villains into heroes and vice versa, the conceit of turning franchise pater familias Dominic Toretto (Vin Diesel) into its latest baddie is definitely an intriguing one, but it proves a hard pivot for F. Gary Gray and company to make. – Conor O. (full review)

I Called Him Morgan (Kasper Collin)

Jazz trumpeter Lee Morgan was known for creatively challenging the likes of Dizzy Gillespie and Miles Davis on stage with his style and intensity, a youthful performer who surprised audiences by playing with utter confidence and maturity. For a time, he was considered one of the most important jazz musicians alive. His wife, Helen Morgan, was a forceful woman, who attracted attention with her good looks and delectable cooking. Her home became a hang out spot for struggling New York musicians who needed a warm meal after a rough night performing in the clubs. Morgan and Helen fell in love, becoming quick partners. When Morgan fell into heroin addiction, Helen saved him, pushing her man into rehabilitation. And later, she killed him, shooting him in the chest as he stood on stage, clutching his trumpet. – Tony H. (full review)

It’s Only the End of the World (Xavier Dolan)

In the director’s statement included in the press notes to It’s Only the End of the World, Xavier Dolan says he considers his sixth feature to be his “first as a man.” Manifestly tired of being called a wunderkind, the 27-year-old follows up his Jury Prize-winning Mommy with an adaptation of the play by Jean-Luc Lagarce. The solemnity aspired to in tackling this contemporary variant of the prodigal son parable is evident, and Dolan delivers a strident transposition of the stage piece to the screen. And while he does, to an extent, stifle some of his more adolescent instincts in comparison to earlier films (e.g. Laurence Anyways and Mommy), Dolan generally appears to have mistaken maturity for joylessness. – Giovanni M.C. (full review)

It is the little-stated, undeniable truth that critics are surrounded by nearly innumerable factors when experiencing the work they’ve been assigned to review. Presentation is rarely treated as a basic on the level of form, theme, or auteurist interest, and most mentions will come only if something had gone terribly wrong. This issue sometimes being rather important, I feel compelled to say James Gray’s The Lost City of Z is a rather forceful thing when projected on 35mm, as befits the writer-director’s wishes and with which the New York Film Festival, premiering this picture as the closing title of their 54th year, complied. I can and will compliment the movie for a number of reasons not necessarily pertaining to what material it was printed on and what machine it came out of, so let it be stated upfront that this is most likely the best (only?) way to experience what Gray and cinematographer Darius Khondji, reuniting from The Immigrant, have achieved: a film that will often truly and totally appear to have been made in decades past and just discovered today. – Nick N. (full review)

Pablo Larraín is not finished wrestling with his nation’s psyche. His first three films, Tony Manero, Post Mortem, and No, formed a loose triptych that confronted the trauma of the Augusto Pinochet years from different angles. His fourth, The Club, was a blistering attack against the contemporary institution of the Catholic Church in Chile, which accused it of deep-seated corruption and of collusion with the Pinochet regime. With Neruda he returns to the past, back to 1948, the year the eminent poet and Communist senator Pablo Neruda (Luis Gnecco) went into hiding after the Chilean president outlawed Communism in the country. – Giovanni M.C. (full review)

A dystopian story about a genetically engineered beast with overt anti-capitalist connotations, Bong Joon-ho’s Okja represents a synthesis and an upgrade – in scale as well as quality – of the director’s previous outings The Host and Snowpiercer, confirming him as one of the finest contemporary craftsmen of intelligent, ambitious blockbusters. – Giovanni M.C. (full review)

After Clouds of Sils Maria, Personal Shopper confirms Olivier Assayas as the director most adept at drawing the best out of Kristen Stewart. Here she follows in the footsteps of Maggie Cheung and Asia Argento, actors whose exceptional central performances prevented fundamentally flawed films by Assayas – Clean and Boarding Gate, respectively – from foundering altogether. Stewart’s achievement is arguably even more remarkable considering that for the bulk of Personal Shopper’s running time, her only co-actor is an iPhone. – Giovanni M.C. (full review)

Let’s start this with an inquiry, one that hopefully engenders some consideration and an honest response: what are you seeking when watching a Terrence Malick film released in 2017? I take the unusual tack of beginning like so because it sometimes feels as if questions are the most that his recent work can ultimately encourage, and in particular because the latest, Song to Song — his fifth feature completed this decade, or the sixth if one counts the IMAX version of Voyage of Time, and preceding a sixth (or seventh) narrative film that’s rumored to premiere this fall — seems, no matter its very immediate and obvious pleasures, unlikely to change the current dialogue in any significant way. There are stronger-than-usual whiffs of narrative and a star-studded / -crossed-lovers cast to be found, yes — note how its poster puts those faces front and center while making no note of the auteur in question — but we are once again deep in Malick country, and they may only exacerbate the fact that the director has made one of his most emotionally dense films, and perhaps the most outright restless. – Nick N. (full review)

Ticking off multiple points on the big crowd-pleaser checklist, Their Finest is a romantic dramedy about patriotism set during World War II, with a nice splash of girl-power sentiment thrown in as well. And it has Bill Nighy. Can’t do a middle-brow British prestige picture without that guy nowadays. Whenever it hits theaters (likely around the holidays), it’ll make for a good family outing. Your mom will probably cry – and so might you, but don’t be too ashamed of yourself. – Dan S. (full review)

A Story of Children and Film
Paraíso and . . . And the Pursuit of Happiness
A Hollis Frampton Odyssey
Seance on a Wet Afternoon and The Honeymoon Killers

The Last Men in Aleppo

I Am Michael (review)
No Escape (review)