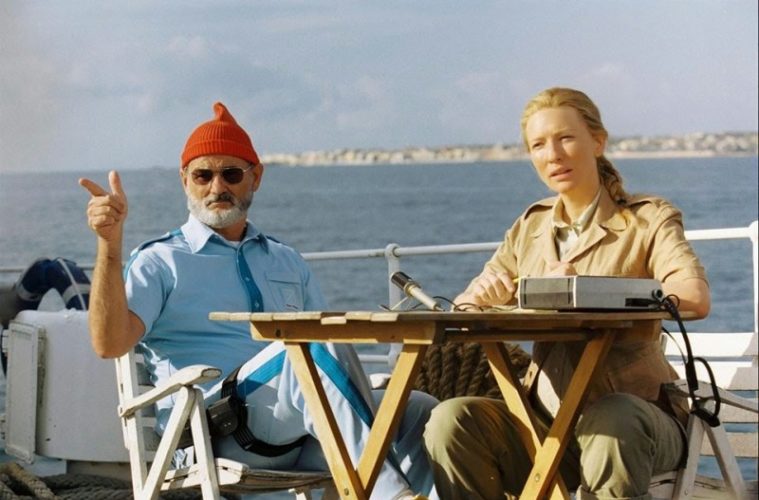 New to Streaming: ‘Right Now, Wrong Then,’ ‘The Life Aquatic,’ ‘The Discovery,’ and More

Osgood Perkins’ debut feature, The Blackcoat’s Daughter – originally known as February at its premiere at TIFF last year – is a stylish exercise in dread, teasing out its slow-drip horrors with precision, and building a deliriously evil presence that hovers along the fringes. However, there’s a thin line between mystery and vagueness in storytelling, and it becomes difficult to decide where a film fits when it only works in the context of a specific structural order. – Mike S. (review)

If you knew what was to come after death, would you live your life differently? Or would you want to live at all? These are but a few life-altering questions at the center of The Discovery, Charlie McDowell’s follow-up to The One I Love, another film which used the backdrop of a science-fiction premise as a playground for exploring universal emotional quandaries. While the director/co-writer’s skill at world-building has expanded, as has his cast, his second film retains a similar, welcome sense of relatability, favoring an emotional throughline over Primer-esque scientific explanation. There’s no greater human truth than death and McDowell uses this to fuel our imagination about what might await, doing so in a way that, like the best sci-fi, stimulates introspection on the part of the viewer. – Jordan R. (full review)

One of the more popular film-related books of the last few years is Mark Harris‘ Five Came Back: A Story of Hollywood and the Second World War, which recounts the experience directors John Ford, William Wyler, John Huston, Frank Capra, and George Stevens had heading to war and then returning to Hollywood to make some of their greatest films. The book has now been turned into a three-part series on Netflix, featuring narration from Meryl Streep and interviews with Francis Ford Coppola, Guillermo del Toro, Steven Spielberg, Paul Greengrass, and Lawrence Kasdan.

Where to Stream: Netflix (note: films discussed in the documentary are also streaming at the link) A breathtaking depiction of the promise and perils of America’s western expansion, Heaven’s Gate, directed by Michael Cimino, is among Hollywood’s most ambitious and unorthodox epics. Kris Kristofferson brings his weathered sensuality to the role of a Harvard graduate who relocates to Wyoming as a federal marshal; there, he learns of a government-sanctioned plot by cattle barons to kill the area’s European settlers for their land. The resulting battle is based on the bloody real-life Johnson County War of 1892. Also starring Isabelle Huppert and Christopher Walken, Heaven’s Gate is a savage and ravishingly shot take on western movie lore. This release presents the full director’s cut, letting viewers today see Cimino’s potent original vision. – Film Struck

The title announces the intent. In recent years, it’s become a trend in pop science and history literature to revisit well-known events from the perspective of the kinds of people usually overlooked by our pop culture and history classes. The book of the same name upon which Hidden Figures is based is one of them. Films about the Space Race have almost exclusively focused on strapping astronauts, steely mission control staffers, and dweeby but dedicated engineers, all of them white men. But the calculations and research done by black female mathematicians were vital to the success of the Mercury and Apollo projects. Admirably, Hidden Figures seeks to correct this imbalance. Disappointingly, it does so via the same frame which every biopic and historical movie to precede it has used. – Dan S. (full review)

If Kung-Fu Master! allowed Birkin to tell her own story to Varda, their follow-up film creates an opposite effect. As the title, Jane B. par Agnès V. would suggest, the filmmaker has crafted something that’s both a portrait — literally, as she “casts” her in famous Renaissance painting recreations — and a love letter to a fellow woman. Just as in the previous film, Birkin mirrors Varda’s peering but sympathetic camera — she seems to constantly bare her soul and dreams, yet her wistful confessions always carry a rehearsed element. She will appear to bare her soul while never truly sharing it. When Birkin explains that looking into the camera embarrasses her, Varda, speaking from behind the screen, immediately requests she stares. – Peter L. (full review)

Taken by many as the first stumble and, to this day, surrounded with the “overzealous failure” narrative (Anderson has expressed regrets about facets of the production), but a touching and playing-unique-without-enervating failure, in that case. Although its hermetic world — complete with Mark Mothersbaugh’s expectedly odd score and Eric Chase Anderson’s unexpected stop-motion sea creatures — would forbid widespread love, even the most deficient of its characteristics have magic to them: career-best work from Bill Murray, here striking the right balance between pathos and drollness; the David Bowie soundtrack, in spite of some too-cute covers it also makes way for; Anderson’s willingness to attempt an action scene, no matter the lack of complete coherence; or the final encounter with Zissou’s white whale — a moment so telling of its maker’s pathology that I’d present as little to someone who wishes to know what makes the man tick. – Nick N.

South Korean auteur Hong Sang-soo has built a formidable career with variations on the same thematic, structural, and formal choices, and Right Now, Wrong Then is another permutation involving his three favorite subjects — film critics, drinking, and pathetic men — but while the films almost always have a playful intelligence in their construction, they rarely feel this deceptively moving. Expertly shifting between naturalism and self-awareness in both its formal choices and performances (Kim Min-hee imbues every line with a crucial conversational purity), it becomes not only a great romantic comedy, but an examination of how we process the experience of watching a film. – Michael S.

How many great filmmakers have been lost as a result of disease and human catastrophe? That seems to be the question on the mind of documentary filmmaker Aaron Brookner in his debut film, Uncle Howard, a deeply personal piece of work that offers both an introduction (or re-introduction?) to the director’s uncle — a once-burgeoning independent filmmaker who died of AIDS in 1989 at just 31 years of age — and a somber meditation on talent lost. – Rory O. (full review)

All This Panic (review)
Live Cargo

Paradise Trilogy
Grandmother
Lighting Over Braddock: A Rustbowl Fantasy
Venus on on the Half-Shell
Death of a Salesman