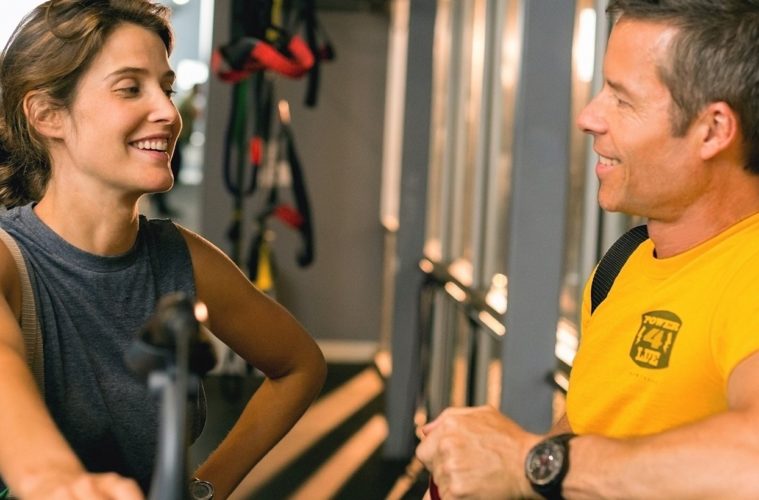 New to Streaming: ‘Results,’ ‘Timbuktu,’ ‘Chappie,’ The DUFF,’ and More The inception and design that goes into creating any artistic work is a marvel to witness. It is this purity of concept that propels director and cinematographer Jody Lee Lipes‘ captivating documentary about a young prodigy ballet dancer, Justin Peck. The film is as much about documenting the creative process as documenting the intricacies of ballet. With its brisk pace and unique style, Ballet 422 is a cinematic delight that encapsulates the passion of two inspired artists: the one in front of the camera and the one behind it. – Raffi A. (full review)

Although their features thus far come from different minds (both on the page and when it comes to the execution), the Oregon-based stop-motion studio Laika clearly has specific, shared preferences. Darker, more daring, and perhaps more meticulously crafted than the average studio animation, following Coraline and ParaNorman, their latest feature feels like a natural next step for the company. Based on Alan Snow‘s 2005 novel Here Be Monsters, The Boxtrolls is set in the secluded town of Cheesebridge, an isolated, dairy-obsessed place occupied by the false notion that little creatures (think Minions with more personality) located in the sewers live only to terrorize the citizens. The only one that doesn’t believe this nonsense is a boy raised by the Boxtrolls themselves, Eggs, who is named after the origins of the obligatory box outfitted to his body, and voiced by Game of Thrones‘ Isaac Hempstead Wright. – Jordan R. (full review)

In 2009, when the sci-fi breakthrough District 9 premiered, it didn’t seem likely, but now it’s looking like a sad, frustrating reality: Neill Blomkamp is basically the new Richard Kelly, the only difference being that Blomkamp works with gargantuan budgets and continues to land big-studio projects. With that comparison in mind, District 9 is the South African filmmaker’s Donnie Darko. His spellbinding debut turned heads and transformed the previously unknown director into an industry star—not to mention, the film gave sci-fi a much-needed shot of independent swagger, made its $30 million budget look like a Michael Bay production, and charged its way into a well-deserved Best Picture nomination. But, like Kelly again, Blomkamp has failed to live up to his debut’s potential in the years since, bricking heavily with the overly plotted yet dull Elysium and once again missing the mark with his third feature, Chappie, a tonally bi-polar disappointment that dilutes an intriguing concept with silliness disguised as superficially “thought-provoking” genre storytelling. – Matt B. (full review)

The DUFF, an earnest high-school comedy that mostly feels like the dried-out, overheated leftovers of John Hughes, wants to deal in “the truth,” using a ridiculous Urban Dictionary neologism to signify the corrupt heart of high-school social systems. This, of course, is not news; it wasn’t in Hughes’ day, or twenty-some years prior to it, for that matter. The DUFF, benefiting from the accumulated weight of nearly four decades of similar films, the gestalt of social media, and heightened awareness of bullying and body issues, still can’t cull any new insight or fresh humor. The only epiphany you’re likely to walk away with is that Mae Whitman is an incredibly charming actress, and deserving of a film that can showcase her clear-eyed charisma. Sadly, this movie isn’t quite that vehicle. – Nathan B. (full review) It was recently difficult to one’s hands on Selma director Ava DuVernay‘s previous narrative features, but thanks to the success of her studio break-out, Middle of Nowhere, which earned her a directing award at Sundance Film Festival, is now streaming on Netflix. Following a woman’s journey of self-discovery after her husband is incarcerated, its shot by her Selma cinematographer Bradford Young and highly recommended. – Jordan R.

Certain movies coast by on the charm of their cast, and that’s pretty much the case with writer-director Andrew Bujalski‘s Results. That’s not to say the film completely rests on the shoulders of the talent assembled, but if there’s one major reason why the film ultimately succeeds, it’s because of this pack of reliable actors turning in entertaining performances. – Jack G. (full review) Abderrahmane Sissako can no longer be called one of the greatest African directors of our time; he has become, simply, one of the greatest directors of our time. With his fifth feature, Timbuktu, Sissako fuses the poetic visual language of Waiting for Happiness with the political urgency of Bamako to bring about a revelatory work, something along the lines of a Howard Hawks jihadi-hangout movie. I mean that as a very good thing. – Peter L. (full review)

Welcome to the Punch (Eran Creevy) Bolstered by a script ranking number three on the 2010 Brit List—a film industry tabulation of the best unproduced British screenplays—Eran Creevy‘s Welcome to the Punch goes a long way to putting the writer/director on our cinematic map. The guy has worked behind the scenes on projects with Danny Boyle, Woody Allen, Neil Jordan and Matthew Vaughn, the latter appearing to be who’s style he most closely resembles. Shooting a ton of music videos and commercials alongside his debut feature Shifty, Creevy has cultivated a brilliant visual aesthetic that unsurprisingly caught the attention of talent finder Ridley Scott, who produces here. With that sort of clout behind him it’s no wonder he secured such an impressive cast for his sophomore effort—one potentially poised to make him a star like Layer Cake did Vaughn. – Jared M. (full review)

Before I Go to Sleep
The People vs. George Lucas
Tracers