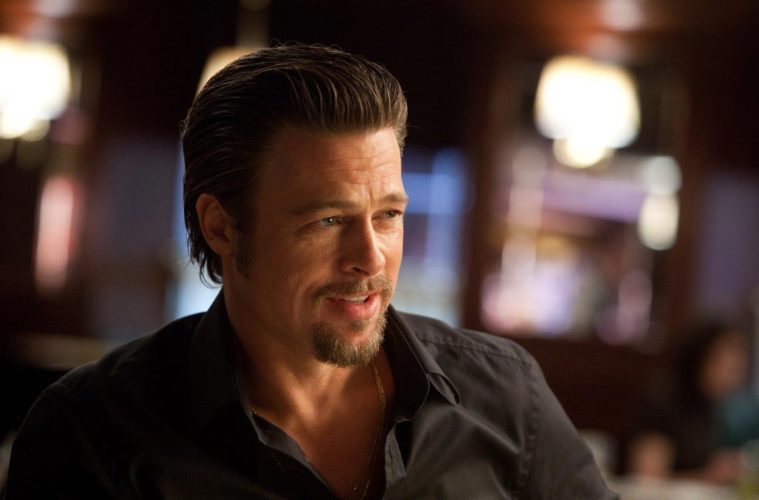 The ABCs of Death 2 (Various) Featuring segments from Rodney Asher (coming off his doc on The Shining, Room 237), animator Bill Plympton, Vincenzo Natali (Splice, Cube), The Last Winter director Larry Fessenden, Cheap Thrills‘ E.L. Katz, and more, The ABCs of Death 2 has returned to kick off the month of Halloween. To coincide with the release, we’ve been provided with an exclusive still from On the Job’s Erik Matti‘s short, I is for Invincible, which can be seen above. Check back for our interview with the director and full review in the coming weeks. – Jordan R. We all know our own flaws, but change can be so devastatingly difficult to accomplish that it can haunt some people. Whether it is alcoholism or other kinds of abuse, or even the mundane like picking your nose or biting your fingernails, we all struggle to turn that leaf. Dan Harmon, creator — and some say, genius — behind Community and numerous other programs (a handful of which never even made it on air) is the focus of a new documentary called Harmontown. – Bill G. (full review)

If one recently tuned into The Simpsons then they were privy to the beautifully bizarre introduction provided by animator Don Hertzfeldt. In the works for a number of years, the the latest film from the Oscar-nominated artist, It’s Such a Beautiful Day, is now available to stream. The final part of a trilogy, this one looks at Bill, who “struggles to put together his shattered psyche.” – Jordan R.

Opening and ending with speeches about these United States and the sameness of our promised land, writer/director Andrew Dominik paints his America with blood and cash and well-worn leather. Brad Pitt stars as Jackie Cogan, a fixer of sorts brought in to handle a problem with a particular underground gambling racket. A well-liked man named Markie (Ray Liotta) runs the game, which is held up by a couple of rundown thugs (Scoot McNairy and Ben Mendelsohn). Unfortunately, this is the second time the game’s been taken, so the boys upstairs want answers. A man Cogan calls “counselor” (Richard Jenkins) serves as the middle man, aggravated at those he serves and how long it takes to get “the okay” for any kind of spending. It is a recession after all, and everyone’s operating at “recessions prices.” – Dan M. (full review)

The most flat-out hilarious film Woody Allen has ever made, Love and Death not only deals with these eponymous themes in an expert fashion, but does much more: after a string of screwball absurdist comedies — but before he went on to make Annie Hall — he capped things off with this must-see examination of philosophical pondering and Russian literary parody. – Jordan R.

Once thought to never see a release due to rights issues, the fine folks at Cinema Guild picked up Thom Andersen‘s 2003 documentary Los Angeles Plays Itself for a release and ahead of a Blu-ray debut, it’s now available on VOD. Tracking the history of Los Angeles entirely through films, the nearly three-hour documentary has been an underground gem in the last decade, but will hopefully rise in stature in the coming years due to the release. – Jordan R.

Nas: Time is Illmatic (One9)

Released twenty years ago this year, Nas’ landmark rap album Illmatic is the subject of a new documentary, one which tracks the journey of artist around the release of the work, as well as its impact and influences. Directed by One9, the film, which looks to mix in recent and archival footage as well as snippets of his concert and a bevy of interviews, premiered earlier this year at Tribeca Film Festival and is now available to stream. – Jordan R.

If you’ve been awaiting the full director’s cut of Lars von Trier‘s anti-erotic opus, then today is your day as all five-and-half hours of Nymphomaniac are now available to stream. Having seen the full undertaking, our colleague Peter Labuza recently wrote, “Sigelman’s digressions into fly-fishing, Fibonacci, polyphony music are at once Bad Interpretation and completely reasonable compared to Joe’s insistence that her acts were truly masochistic. Shot in a weary room in which the walls seem to be dying, the sequences are at once decidedly slow in terms of the two actors’ soft spoken voices, but the shot length and amount of editing is surprisingly speedy for the Tarkovsky-influenced auteur. It’s as if word and image clash: Dreyer-esque stillness against Dostoevskian theoretical debate. East Church Vs West, pleasure vs. pain, male vs. female, virgin vs. whore: Von Trier chooses the biggest targets possible to smash together.” – Jordan R. One of the many films to open with the misdirection of a movie within a movie, Open Windows actually earns it, even if the effort it expends in doing so makes no effort in really separating the layers of cinema fantasy. Because while festival programming guides will like to label it as an update of the Hitchcock–De Palma voyeuristic thriller, Open Windows is, if anything, far more like a Feuillade serial: one cliff-hanger after another — which is perhaps why the film runs 100 minutes, instead of the usual gimmick film’s 80 — including criminal underworlds, wild plot twists, and shifting identities. – Ethan V. (full review)

Stanley Kubrick‘s second studio feature, Paths of Glory, is one of his finest, an immensely powerful exploration of the horrors of war. Adapted from Humphrey Cobb’s novel, Kubrick vividly plunges us into the trench warfare of World War I as we follow a group of soldiers sent into a no-win battle, followed by the Colonel Dax (Kirk Douglas) attempting to defend their retreat. While the director would return to the realm of war later in his career, this remains perhaps his most haunting. – Jordan R.

Whether his characters discuss it or he simply portrays it with the camera, Woody Allen has dissected, admired, and showcased nostalgia in many forms throughout his oeuvre, but never to greater effect than in Radio Days. Narrated by the director himself — who is never seen onscreen — he takes on a whirlwind, enchanting tour of his childhood days with just a radio. It’s a simply lovely journey that will have you digging out your own audio receiver. – Jordan R.

Woody Allen‘s homage to Frederico Fellini is one of his strongest works, but perhaps moreso considering what it was in response to. After crafting the acclaimed Annie Hall and Manhattan, Allen explores criticism, reception, and the artistic process itself. Bitter, self-conscious (seemingly to a fault, for many viewers), I found it not only gorgeous to look at (thanks again, Gordon Willis), but a biting, observant film. – Jordan R.