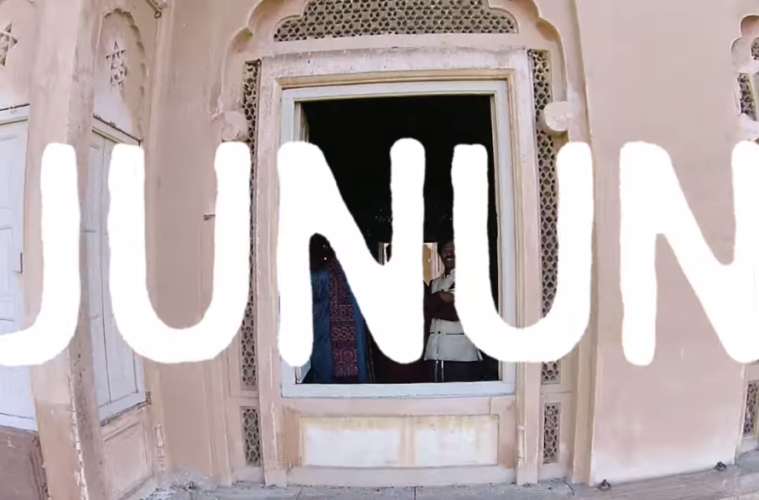 A Pigeon Sat On A Branch Reflecting on Existence (Roy Andersson) The third installment in Roy Andersson’s trilogy looks and operates quite a bit like the two that precede it, thus making A Pigeon Sat on a Branch Reflecting on Existence an easy sell to the already-converted. But rather than preach to his choir, the Swedish helmer makes enough approaches to constitute an evolution, most notably in its remarkably grim, shockingly disturbing final stretch, as bleak a send-off to a series as any I can think to name. But with an eye for set construction and physical choreography that’s at its peak, the only shame is that he’s stopping now. – Nick N.

If you combine Blue Ruin’s lack of a clearly discernible story and exercise in genre with Jauja’s teases of magical realism and self-consciously mythic narrative, you will get something close to Ardor, Argentine director Pablo Fendrik’s Gael García Bernal-led western. The actor plays Kaí, an Amazan shaman who watches his tobacco-farming friend get killed and his partner, Jara (Lautaro Vilo), get shot, then sets out for revenge and the recovery the farmer’s daughter, Vania (Alice Braga). The narrative impetus behind the attack on Kaí’s camp is bare — Vania’s father doesn’t want to sell his land to deforesters — and perhaps gives it colonialist undertones similar to those in Jauja, albeit without the homage to The Searchers or self-conscious pictorialism and influence of landscape painting. – Forrest C. (full review)

Inspired by the works of James M. Cain such as Double Indemnity and The Postman Always Rings Twice, iconic animator Bill Plympton‘s Kickstarted feature film Cheatin’ is all about sex, lust, love, magic, and sex. His seventh feature film makes its Canadian debut at the Fantasia Film Festival a year and a half after its successful crowdfunding campaign afforded him the budget to personally hand draw over 40,000 drawings. From there each frame was cleaned, painted, and composited by a team of less than twenty people to lend the final work an Impressionistic aesthetic much more akin to the illustrator’s static work than in the past. Set to a full-length musical score by Nicole Renaud in lieu of dialogue, this fantasy depicting two lovers in a perpetual cycle of adulterous revenge is as visually melodic as it is schizophrenically grotesque. – Jared M. (full review)

Horror comedy has long been one of the most difficult genres mixes to pull off successfully. For The Final Girls, a high-concept meta riff on the slasher horror films of the 80’s, it mostly makes an intelligent use of a cast that is peppered with familiar faces, all who are driven to actually make this tone work. Amanda (Malin Akerman) is an aging actress that is most known for her role as a camp counselor in a horror film franchise but she has been typecast and is constantly trying to lose that image. Her daughter, Max (Taissa Farmiga), is the one thing in her life she feels she hasn’t screwed up. When her mom unexpectedly dies in a car wreck, some of Max’s friends a few years later get her to attend a horror film marathon of the slasher franchise that Amanda was so well-known for. But when something goes terribly wrong in the theater the friends end up in the horror film reality itself. – Bill G. (full review)

Brad Bird‘s directorial debut, The Iron Giant, over fifteen years after a fairly underwhelming theatrical release, has been remastered and expanded (with two new scenes), which should please fans. If you missed its brief theatrical run, the animation following the relationship between a massive robot and a wide-eyed boy, is now available to stream. – Jordan R.

Has the hype around a nearly wordless, 54-minute, India-set documentary ever been so high? This is what happens when Paul Thomas Anderson, a not-unpopular choice for the “greatest living American director” label, puts his hands on something. It’s for this reason and this reason alone that Junun, which chronicles the making of an album by regular collaborator Jonny Greenwood and Indian musicians, is already the subject of much discourse and will serve as the launching point for MUBI’s new theatrical-distribution arm. This is generally a modest work, perhaps only requiring a theatrical outlet when it comes to the excellent soundtrack, and Anderson mostly uses its loose framework as a playground for new-to-him forms — the documentary, first and foremost, but also (and more interestingly) the possibilities afforded by digital filmmaking. The images of a far-away land are genuinely curious (never just pretty-looking and postcard-like), the performers making the music at its center are terrific, the work they’ve produced is booming and unique, and, above all, everyone seems to be having a good time. If your expectations call for a new benchmark in his career, you might want to come back down to earth before diving in. – Nick N. (full review)

With his tirelessly brutal movies, Eli Roth isn’t for everybody. Hostel and Hostel II aren’t exactly easy watches, but Roth does what he does well, even if it’s not one’s cup of tea. The filmmaker’s work is at its most enjoyable when there’s a playfulness to the horror, which is why Roth’s latest, Knock Knock, a thriller full of laughs, is his most entertaining picture to date. – Jack G. (full review) A difficult genre to effectively nail in today’s age, the neo-noir proves to be alive and well with Dave Boyle‘s Man From Reno. Full of perfectly cast characters (including Steven Seagal‘s daughter Ayako Fujitani in the lead role), the low-budget drama feels greatly authentic in its tone and execution. While comparisons to films from the Coens and even Chinatown are warranted, Boyle’s take is fresh enough to create an original, gripping mystery. – Jordan R. It’s not easy to watch a family disintegrate before your eyes. Kim Farrant’s directorial debut, the Aussie drama Strangerland, follows Catherine Parker (Nicole Kidman) and her husband Matthew (Joseph Fiennes) as they fight together to hold on to their family and their sanity the wake of their children’s disappearance on the eve of a devastating dust storm. – Heath J. (full review)

Something is off within the opening minutes of our Yakuza tale as heavy doses of computer-generated bloodshed elevate the proceedings to, in perhaps an understatement of all things, the ridiculous. Furthermore, our hero is Kageyama, a young gang member who doesn’t quite fit into the Yakuza lifestyle, his skin of course too sensitive for the trademark tattoo. But everything comes together once he finds his true calling: bitten by the decapitated (!) head of his fallen Yakuza boss, Kamiura, and thus turned into a near-invincible vampire, thus sent on a path of revenge on rival gangs that finally justifies the violence he’s always been wanting to enact. – Ethan V. (full review)