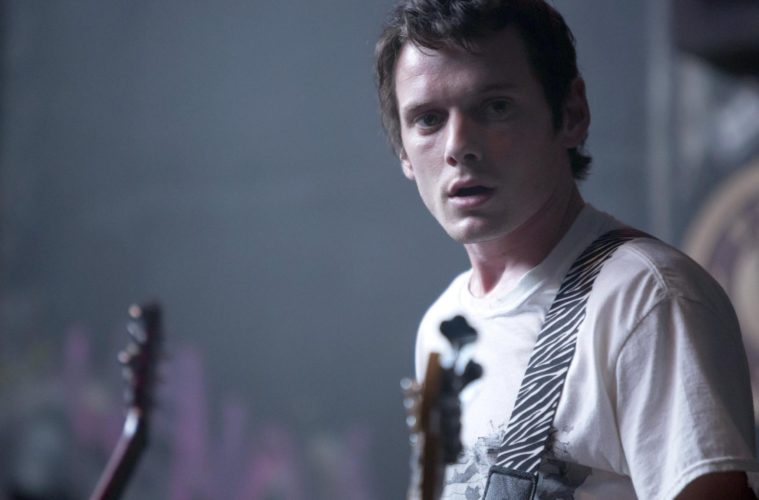 An ecstatically original work of film-history-philosophy with a digital-cinema palette of acutely crafted compositions. Amour Fou seamlessly blends together the paintings of Vermeer, the acting of Bresson, and the psychological undercurrents of a Dostoevsky novel. It is an intensely thrilling and often slyly comic work that manages to combine a passionately dispassionate love story of the highest order with a larger socio-historical examination of a new era of freedom, and the tragedy beset by those trapped in its enclosed world. – Peter L.

I’ve seen the Coen brothers’ Burn After Reading treated with hostility by their fans, most likely because it’s perceived as one of their more mainstream efforts, but there’s something to be said for a film in which George Clooney spends half its time working on a supposedly top-secret project, only for it to be revealed as a rocking chair with a dildo attached. Burn After Reading isn’t the Coens at their most incisive or quirky, but it’s still a very strong film with hilarious supporting turns from Brad Pitt and John Malkovich; the scene in which Pitt’s intellectually challenged fitness instructor calls Malkovich in the middle of the night in an attempt at blackmail had me in stitches. – John U.

If one appreciated the stripped-down brutality of Jeremy Saulnier‘s Blue Ruin, his follow-up Green Room is a whole other beast. In mostly one location, Saulnier is able to eke out every bit of tension possible and will have one squirming in their seat in a number of sequences. While it features a number of great performances — including a menacing Patrick Stewart and Imogen Poots’ best turn yet — it’s the late Anton Yelchin that carries it with a do-or-die scrappiness. – Jordan R.

If there’s any way to synthesize the many pieces that form the bull-in-a-china-shop filmmaking that is Andrzej Żuławski‘s Cosmos, an adaptation of Witold Gombrowicz‘s novel, consider its status as his first feature in fifteen years. Might some sense of long-awaited release account for its why and how — the intensity of its performances, the force of its camera moves, the sharpness of its cuts, the bombast of its emotions? I’m inclined to think so, but it’s possible I’m only proposing this in search of a “what” — what’s going on, what he was thinking, and what we’re meant to take from any and all of it. Answers, if they do come at all, will only gradually present themselves, and they won’t arrive via exposition or, with some exception, clearly stated themes. A filmmaker who values the power of shock, but not necessarily thrills for thrills’ sake, Żuławski elucidates material with tools that announce themselves in their presentation — surprising camera dollies, fast pans, sudden cuts, overly prominent music cues — and raise complex questions about their relation to one another. – Nick N. (full review)

For his first feature Sleepwalk with Me, comedian-turned-director Mike Birbiglia adapted his semi-autobiographical one-man show, picking apart his anxieties and fears when it comes to the most personal aspects of his life. His follow-up, Don’t Think Twice, presents a perhaps even more insular world, that of the New York improv comedy scene and more specifically, the shifting dynamics of a single group. – Jordan R. (full review)

From its beginning, the Bourne series has been defined by a minimalist approach to narrative. Beneath the jargon about multi-tentacled, global terrorist conspiracies and the encroaching dangers of cyber-warfare, it’s fundamentally about the thrills of watching Matt Damon punch things really, really hard. Director Paul Greengrass has been indispensable in bringing across the series’ signature throttling energy and perpetual motion. But Jason Bourne, the fifth installment in the long-running (loose) adaptation of Robert Ludlum’s novels, proves one thing: even the Bourne films can’t succeed with only lived-in camerawork. – Michael S. (full review)

Mumblecore and the period drama have (somehow) come together, and the result is far better than people who are generally allergic to the subgenre may expect. On a miniscule budget, writer-director Zachary Treitz and his crew have laid out a fully realized recreation of the South during the American Civil War — and it’s more than convincing recreations of an era’s aesthetic. Where many historical films are concerned with the movers and shakers of well-known events, Men Go to Battle is all about the micro view. It tells a story that happens to be set against a volatile backdrop, but is more about what it was like to live day-to-day in such a time. – Dan S. (full review)

Nanni Moretti has become a target of the film-critic intelligentsia (aside from some unfortunate comments at the 2012 Cannes Film Festival) due to being a rather plain stylist, and his humanism not being as rigorously schematic as certain festival favorites (see a certain acclaimed film from a Belgian duo last year). While a certain few of his films have shown an assured visual hand, My Mother forgoes We Have a Pope’s various wide-angle tableaux shots of Vatican headquarters or Dear Diary’s Kiarostami-inspired long takes of Moretti riding through Rome. Yet the formal modesty of My Mother is not without its charms, such as when Margherita’s daughter driving slowly on her scooter to Jarvis Cocker’s “Baby’s Coming Back to Me” (used multiple times in the film) capturing a small, everyday joy. – Ethan V. (full review)

The central relationship in Maïwenn’s latest film, My King (Mon Roi), is familiar to anyone who knows a couple that seems perfect from the outside. Georgio (Vincent Cassel) and Tony (Emmanuelle Bercot) are the type of people whose interactions are enveloped in such a thick euphoria that the outside world may as well not exist. But this isn’t a grand romance, and that facade is just a narrative method to explore the arc of a dissipating relationship as it moves from whirlwind hook-ups to pregnancies and belated personal revelations. – Michael S. (full review) Take Me to the River (Matt Sobel)

A strong, quiet and confident debut feature, Take Me to the River announces the arrival of its writer-director Matt Sobel, whose first feature shows quite a command of his storytelling. Aided by the editing of Jacob Secher Schulsinger (Force Majeure), each scene builds a unique rhythm and tension and we’re not quite sure where its going or what has exactly happened. Haunting and brutally honest in its restraint and narrative simplicity at times, Take Me to the River captures above all a unique and unsettling tone: mixing comedy, drama and thriller elements, it’s a dark and exhilarating watch. – John F. (full review)

Hero
Broken
Heremias (Book One: The Legend of the Lizard Princess)
Policeman
The Reconstruction
The Tall Blond Man With One Black Shoe