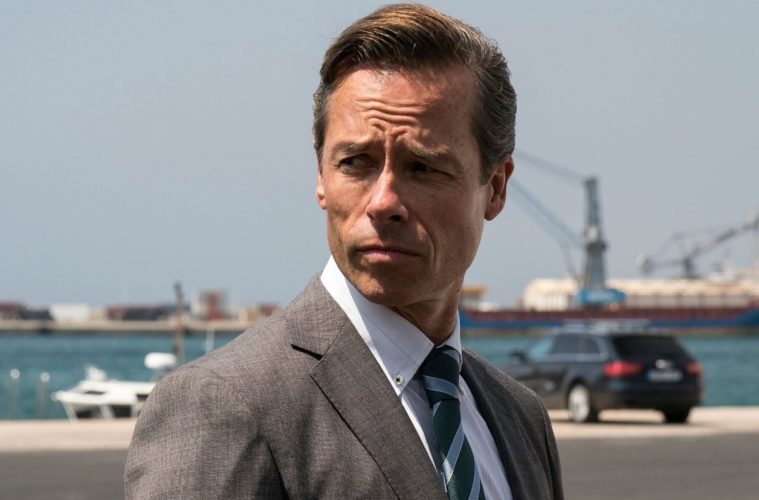 Where to Watch: Festival Scope

The latest from Brian De Palma hits film culture not unlike a moody son trudging to their graduation party at a parent’s behest, a master of big-screen compositions relegated to VOD for those who bother plunking down. That tussle between pedigree of talent and nature of distribution foretells the chaos within: at one moment lit like a Home Depot model living room–a fault I’m more willing to chalk up to incomplete post-production, less likely to blame on Pedro Almodóvar’s longtime DP José Luis Alcaine–the next photographed and cut as if an old pros’ sumptuous fuck-you to pre-vis-heavy and coverage-obsessed action-filmmaking climate, the next maybe just an assembly of whatever master shots the team could scrounge together during those 30 production days. To these eyes it’s a chaotic joy; nearly malicious, deeply serious about the wounds of contemporary terrorism, and smart enough to pull off a mocking of the circumstances around those fighting it. – Nick N. (full review)

Where to Watch: Amazon, iTunes, Google

Despite all the self-conscious reverence, occasionally flat humor, and postmodern winking of the Wes Craven variety that the film could live without (though, as far as franchise reboots go, we could do much worse on all three counts here), surprisingly it’s this element of the original that Green and McBride seem to be expanding on the most with Halloween. The aesthetic aping and franchise callbacks that fans will be biting at the chomp for will be sufficient for them; the kills are plentiful and the splatter sticky, meanwhile Green and cinematographer Michael Simmonds do excellent work with the widescreen frames, using all kinds of background/foreground tricks as well as reflections and shadows—a tracking shot sequence with Michael going through multiple homes, the camera sometimes following and then losing him is unbearable to watch and there’s an inspired motion sensor sequence is that is very impressive in terms of lighting and cutting for Green’s first horror feature. – Josh L. (full review)

One need not take a class on the cinema of Todd Solondz to suspect that there may not be a great deal of joyfulness in a film called Joy (unless, of course, someone like Jennifer Lawrence is involved.) Indeed, the second narrative feature of Sudabeh Mortezai–an Austrian filmmaker of Iranian extraction–shows us a world with little time for life’s lighter emotions. The Joy of the title is Mortezai’s protagonist, a Nigerian woman (played by impressive newcomer Anwulika Alphonsus), who made her way to Europe to find a better life but instead found the world of forced prostitution, horrifically trapped in a spiral of debt to the very people who brought her over. – Rory O. (full review)

Showing rather than explaining the greatness of Beto O’Rourke as a retail politician who is both engaging and engaged, Running with Beto might not shine too much new light on the unlikely U.S. Senate candidate from El Paso, Texas if you were paying attention to his 2018 midterm campaign. Beto was an underdog with demographics not quite on his side (yet) who made a go of it by actually campaigning, traveling to all 254 Texas counties in an effort to meet as many eligible voters as he could. He did it the ol’ fashion way, standing his ground even if his stances on universal background checks and the border didn’t play to conservatives. – John F. (full review)

La Sapienza and The Son of Joseph (Eugène Green)

It might be disingenuous to say Eugène Green is a well-kept secret, but something about the label feels appropriate when his movies are so hard to pinpoint. Or they’re just deceptively simple — a label I feel all right applying when the fact of the matter is that his latest feature, The Son of Joseph, is laugh-out-loud, guffaw-inducing, is-this-really-happening hilarious. As if Bresson and Buñuel collaborated (direction and screenplay, respectively) on a parody of Europe’s literary circles, it gives as much time for jokes about Proust as a recurring gag involving the selling of semen over the Internet, all (somehow) pitched at those auteurs’ sense for acting style and surreality. Yet the way in which it recalls the excellent La Sapienza (which one might say was a Bressonian Certified Copy) makes clear that Green has his proclivities down to a T. – Nick N.

Tikkun
The Lion Sleeps Tonight
Eyes Do Not Want to Close at All Times, or, Perhaps One Day Rome Will Allow Herself to Choose in Her Turn
Mug
4 Months, 3 Weeks and 2 Days

When They See Us