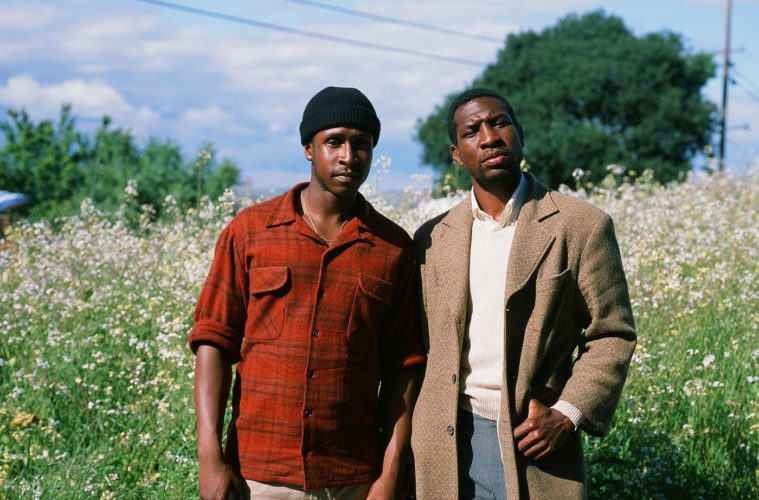 The impetus for The Last Black Man In San Francisco in 2019 makes a lot of sense. Cities like San Francisco have been changing, due to an influx of mostly young, mostly white people in (sometimes) newer forms of industry coming in and buying up land and buildings and neighborhoods. The result is displacement for a great deal who have lived in these places for their whole lives, in many cases their parents and grandparents before them. Director Joe Talbot, co-writing the script with star Jimmie Fails and Rob Richert, is a San Franciscan to the core and it shows. There’s a love for the city that’s only matched by a conflicted hate for all the change. Jimmie (Fails) has a line that says as much. – Dan M. (full review)

Ed Lachman’s first collaboration with Steven Soderbergh, The Limey, follows Wilson (Terence Stamp), a British ex-con investigating the death of his daughter in Los Angeles. On a deeper level, it concerns the fractured nature of memory, as shown by editor Sarah Flack’s layered and kaleidoscopic work. Images wash over the audience in cycles, sometimes more than once, as Stamp’s cockney anti-hero searches for meaning in these painful and distant memories. Lachman’s cinematography places us inside the titular Limey’s point of view, leaving us piecing through the clues along with the protagonist. The snapshot moments of his daughter are often washed or grainy, incomplete puzzles faded by time. The film’s few bursts of violence are handled with utter restraint and subtlety, shot from a carefully composed distance. It’s these ingenious choices, and the film’s overall effect which prompt this lamentation: it’s a shame Soderbergh and Lachman have only made two films together. – Tony H.

If you aren’t in Switzerland, but would still like to experience some of the adventurous new cinema coming out of 2019 Locarno Film Festival, FestivalScope has you covered. Through the end of the month, free limited streams are available from a number of premieres, including Denis Côté’s Wilcox (our review), Éric Baudelaire’s exploration of young filmmakers Un Film Dramatique,  Jean-François Laguionie and Xavier Picard’s animation The Prince’s Voyage, and much more.

Where to Stream: FestivalScope (through August 31)

Some will dismiss Wanuri Kahiu’s Rafiki as derivative simply because they refuse to see what makes it so special. They’ll mention its Romeo and Juliet parallel as far as having the children of opposing political candidates fall in love. They’ll compare it to generic love stories—and generic gay love stories—because that’s what it is at its core. And when the subject of prejudice and violence towards these young lovers arises, they won’t shy from deeming it already treaded territory. What such reductive takes ignore, however, is that this isn’t just a gay love story between two women who should be diametrically opposed to one another due to their fathers’ ambitions. The fact it takes place and was shot in Nairobi, Kenya makes it so much more. – Jared M. (full review)

With its gorgeously choreographed sword duels, sabers slicing through paddles of blood and rain, watercolor bi-chromatic palettes and sumptuous costumes, Zhang Yimou’s Shadow (Ying) is a film of visual charms. To enter into the Fifth Generation maestro’s latest period piece is to be invited to marvel at a 116-minute long dance – a stunning return to form from a director who’d previously ventured into semi-autobiographical terrain with the 2014 moving Coming Home, and later veered into the bombastic Chinese-cum-Matt Damon blockbuster epic letdown The Great Wall (2016). Shadow brings heart and spectacle together, and the result is a bombastic martial arts wuxia replete with duels of breath-taking beauty that will please longtime Zhang acolytes and newbies alike. – Leonardo G. (full review)

As with much of Ceylan’s work, the majority of The Wild Pear Tree is heavy on dialogue — not in the meandering Richard Linklater sense, but in a more impenetrable, academic way. It is essentially cinema as conversation, and these conversations come in dense chunks, as when Sinan meets a popular local writer and exasperates and antagonizes him with questions about his work or, later (in what is the film’s most exhausting sequence), as Sinan and two old friends walk around eating apples and talking about faith. A lot of the time, this feels like self-reflection. Sinan is constantly attempting to get his book funded by local officials, only to be continuously denied because his work, as they see it, has little value for tourists. Ceylan is Turkey’s most celebrated living filmmaker; we can only imagine similar pressures have been placed on him. – Rory O. (full review)

All is True
Godzilla: King of the Monsters (review)