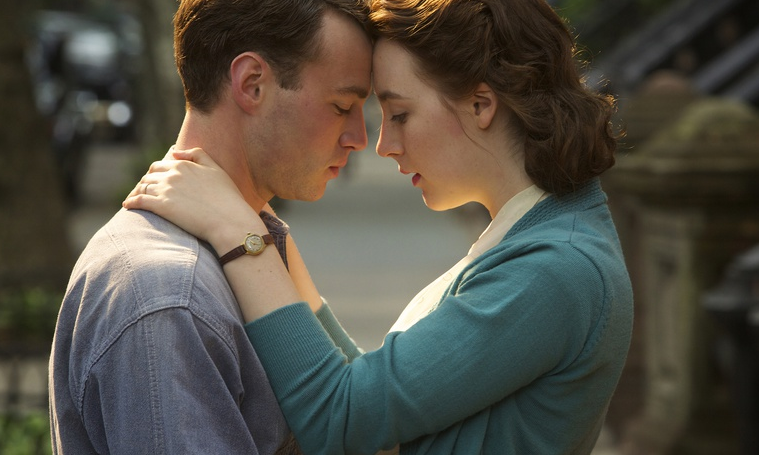 Tracing the early career of the prolific filmmaker, from his early collaborations with Elaine May to his first few adventures in Hollywood, Becoming Mike Nichols may very well become a required text in an introduction to narrative filmmaking course. Generous with his knowledge of the craft, text, performers, and the mistakes he made along the way, he opens up to fellow theatre director and longtime friend Jack O’Brien in a series of two interviews recorded in 2014 at the John Golden Theater — the venue that hosted An Evening with Mike Nichols and Elaine May in 1960. O’Brien interviews Nichols, once with an audience and once without one, allowing some stories to be told twice — sometimes performing for the entire room, others simply opening up to an old friend in a more casual setting. – John F. (full review)

Co-writer / director Adam McKay made a genuine Adam McKay film with The Big Short. The director of Step Brothers isn’t exactly known for drama, but his outrageous sense of humor serves this fierce, angry, high-stakes tale of outsiders. In exploring the recent financial crisis in a way that’s entertaining, funny, and shocking to watch unfold, The Big Short is the rare example of a film built entirely on exposition that can still work. – Jack G.

Presented with the tale of an Irish immigrant, one would perhaps expect a dreary and brutal film about the hardships of moving to America. In a way, John Crowley‘s Brooklyn is that movie, but, really, it’s so much more. While the Nick Hornby-scripted adaptation isn’t without its tough drama, Crowley’s picture is also full of kindness and laughs. In the 1950s, Eilis Lacey (Saoirse Ronan)  is moving to America, thanks to her wonderful sister (Fiona Glascott). Eilis leaves her sister, mother, and the small shop she hates working at to go to Brooklyn, where a job and home has been set up for her. Initially, she’s isolated and alone in her new home. She’s not particularly good at her job and doesn’t get along well with her housemates. Her feelings towards the city soon change when she meets Tony (Emory Cohen), who’s basically a total dreamboat with no flaws to speak of. Tony quickly falls for Eilis, and even his Italian parents are smitten by her sweetness. Soon after she falls in love with America and Tony, tragedy strikes and she must return to her small Irish town. Ultimately she’ll have to choose between two homes and two men, the other suitor played by Domhnall Gleeson. – Jack G. (full review)

The Good Dinosaur may not achieve the abstract brilliance of Inside Out and Wall*E or the cleverness of The Incredibles and Ratatouille, but it isn’t really trying to, and judged by the metric of its own ambition, it stands as a slight but delightfully moving and visually spectacular adventure yarn. – Brian R. (full review)

In the Heart of the Sea (Ron Howard)

Lacking in base thrills, devoid of human drama, and frustratingly crafted to wash away any inherent interest that might somehow have slipped through unmolested, In the Heart of the Sea stands as one of the greatest squandered opportunities in film this year. A bafflingly, hard-won disappointment. – Brian R. (full review)

The Look of Silence (Joshua Oppenheimer)

In his previous masterpiece, The Act of Killing, filmmaker Joshua Oppenheimer explored the contemporary aftermath of the Indonesian communist genocide of the late 1960’s. Once again, Oppenheimer returns to that same region to look deeper into this secretly festering wound, this black mark on the history of Indonesia. As gripping as it is socially relevant, the film explores the ground level consequences of these crimes as entire generations of families are left shattered beyond repair. Oppenheimer focuses his camera on the political architects of this misery, many of whom are still unjustly in power today. Employing these men to discuss and even recreate their horrific acts of cruelty, Oppenheimer finds admissions of guilt in some and threats of violence from others. Disturbing, yet hypnotically composed, The Look of Silence is arguably the most important documentary of the year. – Tony H.

Magic Mike XXL is a movie of improbably long sequences, triumphantly goofy digressions (the gas-station dance set to the Backstreet Boys), and a very special feel-good vibe that is not to be taken for granted. (Ignatiy Vishnevetsky summed up the feeling well: “Doggedly positive. Rare experience of leaving the theater feeling slightly better about the world than when I went in.”) Steven Soderbergh’s clinical cynicism is a necessary pill in a lot of contexts, but Gregory Jacobs‘ follow-up is a big-hearted breath of fresh air that still possesses the Magic Mike director’s ecstatic powers of color, pace, and composition. – Danny K.

For the uninitiated, Samba Gadjigo and Jason Silverman’s Sembene! offers a valuable entry into the canon of African cinema and its founding father: the late, great Senegalese pioneer Ousmane Sembene. Forgoing the liveliness of Alex Gibney’s Finding Fela!, Sembene! finds its own rhythm: part-retrospective, part-academic study in the spirit of the director’s work. – John F. (full review)

Comparisons between Alanté Kavaïté’s The Summer of Sangaile – the Lithuanian writer-director’s first feature since her 2006 debut Fissures – and Abdellatif Kechiche’s unmerited Palme d’Or winner Blue Is the Warmest Color are likely inevitable. Despite distinct thematic and narrative similarities between the films, however, in terms of sensibility and aesthetic approach, Kavaïté’s portrait of a teenage girl’s first same-sex romantic experience couldn’t be more different from Kechiche’s. A crucial distinguishing factor is the mixture of humility and affection manifest in Kavaïté’s direction. Free of condescension and uninterested in enlightening the viewer, The Summer of Sangaile is an intimately involving celebration of the fiery passions that accompany pivotal periods of adolescence. – Giovanni M.C. (full review) Devoid of any spoken words, music, voice-over or even subtitles, Myroslav Slaboshpytskiy‘s debut feature film The Tribe is communicated through sign language, for all the characters are deaf. This provides a unique challenge for any audience member not versed with how to sign, as the filmmaker provides no direct explanation of what characters are actually saying. While this may initially seem daunting, a viewer’s patience and keen observation is rewarded by a haunting cinematic experience that truly is unlike anything else this year. – Raffi A. (full review)

Paul Verhoeven’s new-ish feature, Tricked — now hitting domestic shores more than three years after its international debut — is among the stranger exercises we’ve seen from genre cinema in recent years, and I doubt anyone would have my reaction if they were only treated to the final work. Here is a work of many, many contradictions, so numerous that after a while they’re practically stacked on top of each other: thinly plotted and straightforward, yet stuffed to the gills with disturbances and double-crosses; rather chaste, yet willing to indulge any opportunity to feature nudity or states of undress; clearly made for little money, yet composed with an eye for location that lends it great atmosphere. These traits signal inanity, not innovation, but could be explained by a second project — one that isn’t the Dutchman’s own work, yet still comes with your purchase. – Nick N. (full review)

Where to Stream: Fandor, Amazon, iTunes

We Come as Friends (Hubert Sauper)

We Come as Friends is a collection of narratives assembled from over six years of footage taken by Hubert Sauper as he piloted his two-man plane over South Sudan. These short glimpse in the lives of the South Sudanese people paint a clear depiction of the warring forces between the country’s desire for independence and freedom with that of the West’s colonial forces exploiting the resources of the country. Instead of laying out the political climate and regional history, Sauper invites audiences to view the conflict through his context-free cinema verite style. At times this choice can seem aimless, but Sauper’s anti-colonial narrative becomes clear as the countless images of despair and stone-faced indifference pile up. – Dan G. (full review)

Marguerite & Julien
Michael Jackson’s Journey from Motown to off the Wall
Victor Frankenstein (review)
We Are Twisted Sister!
Yosemite