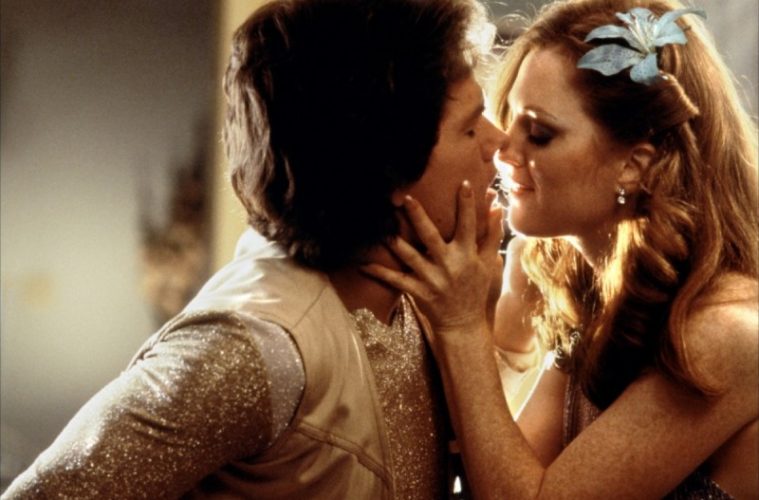 As we await Paul Thomas Anderson‘s next film later this year, one now has the chance to see his sprawling second feature about the world of pornography in a 70s and 80s Los Angeles on Netflix. Boogie Nights, which features much of the ensemble — including Mark Wahlberg, Julianne Moore, Burt Reynolds, Don Cheadle, John C. Reilly, William H. Macy, Philip Seymour Hoffman, and Heather Graham — at their best, stands erect as one of the director’s most entertaining features.

Few people are living embodiments of their style. Now that David Bowie and Prince have left us in the same year, even fewer are. Robert Frank, the subject of Laura Israel‘s documentary Don’t Blink – Robert Frank, and his art — striking photographs and film of Americana — reflect one another like those collages of dog owners and their pets. Rather than both having droopy ears or a snooty nose, they crunch like shards of glass beneath boots. Frank and his creations grind against good taste while still being sharp and beautiful. His is an imperfect America, as if Norman Rockwell subjects stepped out of frame for a few drinks and a game of dice, then got lost on their way back home. – Jacob O. (full review) Hugo is a film that everyone should see, but not because it appeals to a mass audience. Scorsese has crafted a work that educates as much as it entertains, and one that I appreciate more than inherently love. It has the power to be that one experience to turn a casual young moviegoer into a lifelong film fanatic. After all, a young Martin Scorsese was probably no different than Hugo Cabret himself. – Jordan R.

When the worst horror imaginable happens to your community, how do you emotionally rebuild? How do you embrace your neighbor, knowing the pain that’s seared into their soul? How does one come to a place of resolution, if ever? With Newtown, director Kim A. Snyder takes a humanistic approach in exploring this recovery in the aftermath of the deadliest mass shooting of schoolchildren in United States history, which left 26 people, including 20 children, dead. – Jordan R. (full review)

For all the criticism the found footage genre gets, like many a well-worn structure, there is still room to build. Operation Avalanche, from Matt Johnson and Josh Boles (The Dirties), aims to do just that and succeeds, for the most part. In the late 60s, four young C.I.A. agents convince their superiors to send them undercover at NASA, posing as a documentary film crew. Soon they learn that the mission to the moon is in jeopardy of pushing past 1969, thus faltering on JFK’s famed promise. Led by the ambitious Matt (Johnson), the “film crew” conspires to fake the moon landing. – Dan M. (full review)

Although the “Horror” segment of Poison is more easily identifiable as a conventional, well, horror film — especially for playing up the kitsch of low-budget B-movies from the 1950s — [Safe] might be his horror masterpiece. His tale of a 1980s housewife who becomes allergic to her suburban world is chilling in its articulation of anxiety and alienation, one that is at once universal and capitalizes on specificity. Though there are no out queer characters in the film, Haynes’s use of the housewife archetype, Carol (Julianne Moore), lets him mine gay culture to present a form of estrangement that feels especially potent for queer people. While its coldness and austerity lends an Antonioni-esque and Kubrickian feel, the brand of dread and isolation (identity as social construct) belongs only to Mr. Haynes. – Kyle T.

An engrossing panoramic portrait of the bystanders caught in the crossfire of the 1966 University of Texas shooting, Keith Maitland’s Tower is the rare documentary that values chaos over clarity in storytelling. Presented in a rotoscoped form, and with a careful attention to tone through aesthetic mood, color, and repetition, the film uses little more than the turning dial of an FM radio to teleport into the perspectives of dozens of witnesses. Some of them were instrumental in stopping the shooter, and others are little more than passerby stranded by the shots, but Tower knows that they were all permanently changed by those few short hours. – Michael S.

Little Feet
Fantastic Planet
Land of Madness
The Ghost That Never Returns
A Hard Day
The Yakuza Papers: Battles Without Honor and Humanity
The Neon Bible