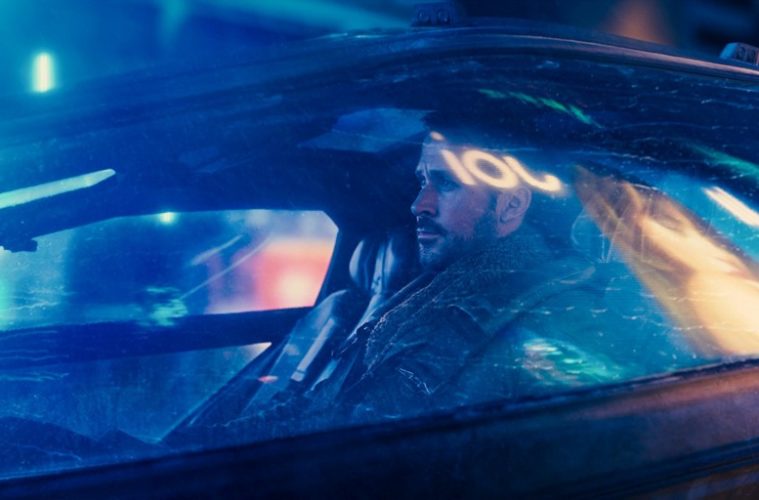 After two U.K.-based seasons and a special, Black Mirror came to Netflix last year and they’re already back for a fourth season. Launching today, it features six new episodes, including ones directed by Jodie Foster, John Hillcoat, David Slade, and more. Including a Star Trek-esque story, a black-and-white film, and more, one can now start streaming.

The makers of Blade Runner 2049 tricked a clutch of production companies into giving them nearly $200 million to make a languidly paced, ponderous, deliberately action-reticent blockbuster. That on its own would be impressive, but all the better, the result is the best cyberpunk film since the original Matrix, and the best big-budget American science fiction film in years. I would even say that it easily surpasses its predecessor (though outside of its production design and score, I am not a fan of that movie, so consider this opinion with that in mind), building on its themes and aesthetic to walk its own path. – Dan S. (full review)

If you’re disappointed by the multiplex horror options this year, look no further than Netflix to find a sequel to the small-scale, but effective Creep. Director Patrick Brice and writer-star Mark Duplass are back for more unsettlingly personal frights, which has been receiving as much acclaim as their original.

It’s hard to believe America’s first black Supreme Court Justice hadn’t yet earned the big screen cinematic treatment until now. Besides Thurgood Marshall appearing as a character in a few TV productions (including HBO’s Emmy-nominated one-man play Thurgood starring Lawrence Fishburne) and two movies (The People vs. Larry Flynt possessing the highest profile), this iconic hero who successfully argued Brown v. Board of Education in front of that same Supreme Court was all but invisible. And that ubiquitous 1954 moment interestingly isn’t even the one screenwriters Jacob and Michael Koskoff chose to adapt as Hollywood’s first mainstream look at him. They decided to go back even further to 1941 so they could highlight the hunger and fight of a young man on the cusp of changing the world. – Jared M. (full review)

Whether or not Tsai Ming-liang was genuine when suggesting that his feature filmmaking days are now done, the body of work that’s been left behind is guaranteed to stand as one of the most significant of recent decades. Although several are currently a bit difficult to find, I’m not alone in expecting that they’ll continue building fine reputations until someone, somewhere rescues them from relative obscurity. Case in point: Rebels of the Neon God, his feature debut, got his first U.S. theatrical release in a new, digital restoration a few years back and now this patient, delicately layered depiction of life in Taipei is available to stream. – Nick N.

World of Tomorrow Episode Two: The Burden of Other People’s Thoughts (Don Hertzfeldt)

Accompanying the mesmerizing visuals, complex themes, and endlessly insightful humor, the moral remains the same. There is much value in seeing the world through Emily Prime’s eyes, free from the contamination of real life, open to all the potential goodness that has yet to be discovered. While it treads similar ground, littered with some of the same musical cues and jokes, The Burden of Other People’s Thoughts is an entirely new entity, reminding us to steer clear of stale cynicism, and to instead embrace life in all its many forms, however difficult that may prove to be. The future will always be impossible to completely understand, but even despite the frightening version that’s depicted, we shouldn’t fear it. Being present, holding onto our hope is the best option. – Murphy K. (full review)

The Zookeeper’s Wife begins with those five famous words that hold the power to either become a film’s dependency (and therefore downfall) or its empowering catalyst, laying the foundation to convey a poignant tale: “Based on a true story.” Fortunately, The Zookeeper’s Wife sticks with the latter, and the true tale being told is one for the ages. Niki Caro’s drama follows a couple who hide Jews in their zoo and use it as a point of passage and escape during the Nazi takeover of Warsaw. The narrative is a simple one, allowing The Zookeeper’s Wife to shine in its performances, imagery, and storytelling, which it pristinely accomplishes. – Chelsey G. (full review)

Come Worry With Us!
The Forgotten Space
The Gang’s All Here
Contempt
Brighton Rock
The Trip