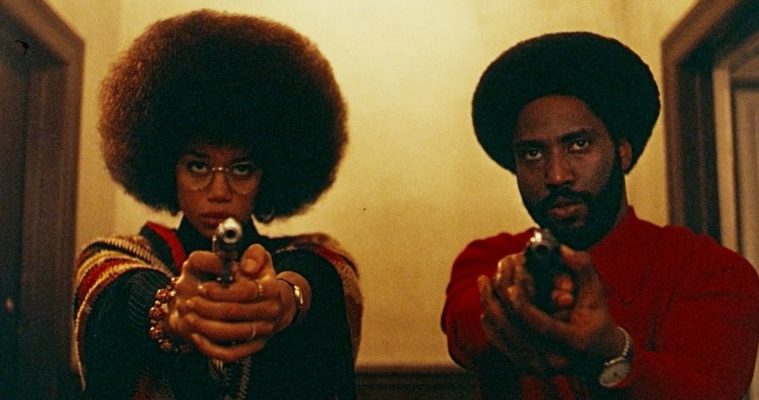 New to Streaming: ‘BlacKkKlansman,’ ‘The Guilty,’ ‘Incredibles 2,’ ‘Shirkers,’ and More

All of Adam Sandler’s non-Baumbach-directed Netflix original movies were worth it if it meant we got this. His latest stand-up special is funny, yes, but also honest and emotionally piercing in unexpected ways. It’s a return to form with a sincere dose of nostalgia for both those that grew up with his comedies and for Sandler, who reflects on his career and those that have been with him along the way. I’ve watched it twice this week and nearly teared up both times. Bring on Uncut Gems. – Jordan R.

There are many things of which we may not necessarily need reminding that, nevertheless, must not be forgotten. Trust me when I say it is in no way a spoiler to reveal that anyone who goes to see BlacKkKlansman, the latest Spike Lee joint, will be reminded of the events that took place in Charlottesville last year. – Rory O. (full review)

Coming exactly eight years after its initial release in theaters, Doug Liman is debuting his director’s cut of Fair Game, an adaptation of Valerie Plame’s book of the same name starring Naomi Watts and Sean Penn. Watts plays Plame, a real-life CIA agent whose identity was leaked to the press in 2003 after her husband Joe Wilson penned a New York Times op-ed contradicting the Bush White House’s claim that Saddam Hussein had attempted to bolster his weapons program by purchasing uranium from an African nation. Liman, in putting this new cut together, has added some context to the opening minutes of the picture along with some subtle changes throughout in an attempt to fully realize a film he’s stated had felt incomplete to him–not as good as it could have been. The adjustments do help, as does the timing of the release, mere months after our current president pardoned Scooter Libby, the former chief of staff to Vice President Dick Cheney and person indicted in 2005 on charges of obstruction of justice and perjury all tied to the Plame affair. Fair Game captures a marriage in peril as much as it captures a nation in crisis. Watts is sneakily giving one of the better performances of her career while Penn feels very much in his wheelhouse, both in his role and politically. One hopes in time Liman will be remembered as much for his smaller, personal films like this and American Made as he is for his entertaining blockbusters. – Dan M.

Director Michael Matthews and writer Sean Drummond were drawn to the landscapes of South Africa’s Eastern Cape while traveling their homeland, especially the echoes of classic cinematic western environments. Learning about how its current towns arose — from the ashes of Apartheid-era cities mimicking European capitals by name — only cemented the comparison, each a product of the locals taking control once their oppressors left after their government changed hands and the train lines shutdown. This new frontier became the pair’s setting, their story gelling after seven years of research and development to do right by the inhabitants’ history and struggles. Sprinkle in a bit of legend and lore to create an antihero hidden beneath rage and Five Fingers for Marseilles was born. – Jared M. (full review)

The Guilty is an exhilarating, minimalist thriller that effectively sinks its hooks in, despite its bland, melodramatic title. In the vein of Locke and My Dinner with Andre, it isn’t exactly a one-man show fronted by Jakob Cedergren, but works as well as it does thanks to director Gustav Möller’s taut editing, voice cast, and sound effects that create a haunting scene halfway through the film without a drop of onscreen blood. – John F. (full review)

Incredibles 2 might be a cash grab for NYSE:DIS, but, thankfully, not the artists behind the project. Here’s a rare sequel that matches the original by narrowing its focus. Instead of adding to the Supers’ milieu, its animators reveal new sides of the beloved family. Bob struggles with Jack-Jack’s new powers and Violet’s love interest as Dash’s motormouth and hot head adds to the tension. Mixing up the family dynamics creates a combustion of new scenarios that take the action and color palettes to a new level. By building on the Parr family’s dynamics — as opposed to adding new characters for story variation, the death knell of many a sequel — Pixar grounds their animated kinetics in a stronger foundation than your average superteam. – Joshua E. (full review)

Let the Sunshine In (Claire Denis)

Claire Denis may not be the first Francophone auteur expected to turn in a romantic comedy, and her latest will disappoint those expecting Nancy Meyers a Paris. However, Let the Sunshine In (Un Beau Soleil Interieur) is a sophisticated, idiosyncratic, thoroughly modern interpretation of a French romantic farce, perceptive if not laugh-out-loud funny, featuring a top-form Juliette Binoche as a middle-aged divorcée wading through a series of exasperatingly self-centered men in search not just for love, but a partner with whom she can be herself. – Ed F. (full review)

Shirkers was the name of the script Sandi Tan wrote in the early ‘90s. A cinema-obsessed 18-year-old living in famously strict Singapore, Tan was inspired by the likes of Jim Jarmusch, the French New Wave, and the Coen Brothers to concoct a tale about a teenage girl who goes road trip (in a country which takes 40 minutes to cross) to “collect” friends while assassinating people she likes (with finger guns). Now, Shirkers is the documentary Tan has made about her youth dream project – how she and friends put it together, and how it fell apart. – Dan S. (full review)

It is, undeniably, a bold decision to title one’s film Western: on the one hand, the word carries geopolitical weight and a cultural hegemony that the cinema is dominated by; this truth remains an important one at the Cannes Film Festival, where white men dominate the competition (Western opened in the sidebar program, Un Certain Regard). On the other hand, of course, Western implies a cinematic reference—a genre, in and of itself. A genre, to be clear, with tropes galore that are just as problematic as the industry that propagates them. In titling her film as such, however, Valeska Grisebach’s contemplative, brilliant film sparks a dialogue on all of these components, prompting us to think critically on their intersections. – Jake H. (full review)

On the surface, Jonathan Ames’ You Were Never Really Here seems like an odd fit as source material for a film by Lynne Ramsay. Ames’ novella is a pulpy genre exercise about a hard-bitten vigilante, one of those lone-wolf types who abides by a strict code of ethics and practices his chosen métier with fanatic professionalism. It’s the kind of character that usually appeals to macho filmmakers such as Jean-Pierre Melville or Walter Hill, not to a poetic feminist of Ramsay’s kind. Unsurprisingly, she’s appropriated the material for her own purpose, paring down the already slender narrative and plunging deep into the tortured psychology of its protagonist. The results are breathtaking, and You Were Never Really Here stands alongside Claire Denis’ Bastards as one of the most ferocious indictments of systematic abuse of power and gender violence ever projected on a screen. – Giovanni M.C. (full review)