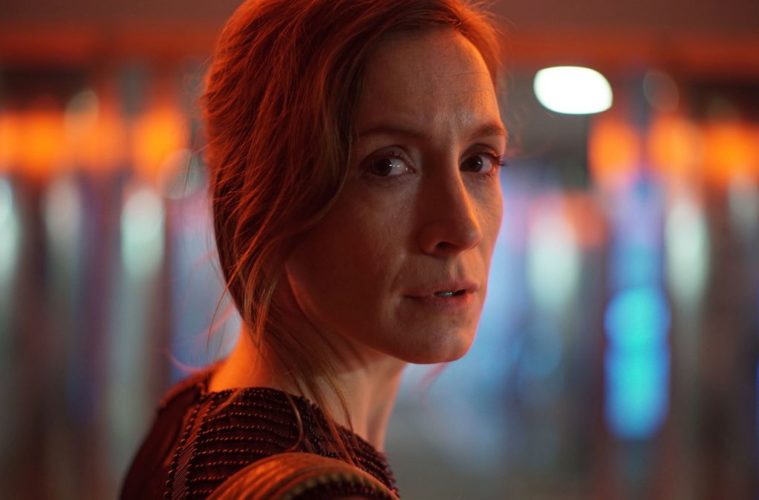 Osgood Perkins’ debut feature, The Blackcoat’s Daughter – originally known as February at its premiere – is a stylish exercise in dread, teasing out its slow-drip horrors with precision, and building a deliriously evil presence that hovers along the fringes. However, there’s a thin line between mystery and vagueness in storytelling, and it becomes difficult to decide where a film fits when it only works in the context of a specific structural order. Read my full review. – Mike S.

As you catch up on our Cannes reviews, if you can’t make it to France but would like a taste of the festival, a selection of shorts hailing from this year’s Critics’ Week are now available to stream for a limited time. Featuring Brandon Cronenberg’s Please Speak Continuously and Describe Your Experiences as They Come to You, there’s also shorts hailing for Lithuania, Australia, Egypt, France, Belgium, Portugal, and more.

Where to Stream: Festival Scope

Stories — whether black, white, or other — always have the potential to transcend race, economics, and environment to hit on a deeper level, stripped of labels, known as universal humanity. Barry Jenkins’ Moonlight does this. I’m not black, gay, or poor, yet I saw myself in Chiron’s struggle for identity within a world trying to exclude him. He’s betrayed and bullied, but never broken. We never grow to become quite what we expect, despite forever remaining a manifestation of our individual pasts. Nothing reveals this truth better than Trevante Rhodes’ portrayal of Chiron in this time-warp triptych’s final third: wholly different from the boy met an hour previous, and identical to his core. – Jared M.

Like much of Netflix’s original fare, Richard Shepard’s The Perfection feels tailor-made for the platform with its corkscrew structure and hairpin twists but the problem is less the film’s fiendish compulsion to shock than its design being seemingly reverse engineered to complete its purpose. What begins as a playful Single White Female riff, complete with a sycophantically friendly Allison Williams doting on an unraveling cello prodigy (Logan Browning) soon gives way to entirely unexpected narrative directions. Pasts are revealed, shiny surfaces are torn away, and genre frills just as quickly move from slick and satisfying to ugly and cheap. – Michael S. (full review)

We can assume that Christophe Honoré’s 10th big-screen feature as director might trigger some viewers’ short-term memories — and perhaps apprehension, too. Considering the year that cinema has had, certain things inevitably spring to mind at the thought of a love story between an older, cosmopolitan, more worldly, more intellectual man and an intelligent, albeit impressionable younger guy; as does, in another way, the idea of an HIV story set in early-90s Paris. Some mistaken folk might even rush to call Sorry Angel “this year’s Call Me by Your Name” (you’d have to have been living under a rock to call it this year’s BPM), but it is a far more melancholic and drab piece than Luca Guadagnino’s all-conquering (well, mostly conquering) hit. – Rory O. (full review)

Ben Is Back (review)

Declaration of War
Hara-kiri: Death of a Samurai
Jimmy P: Psychotherapy of a Plains Indian
The Death of Mr. Lăzărescu
The Homesman
The Kid With a Bike
Amores Perros