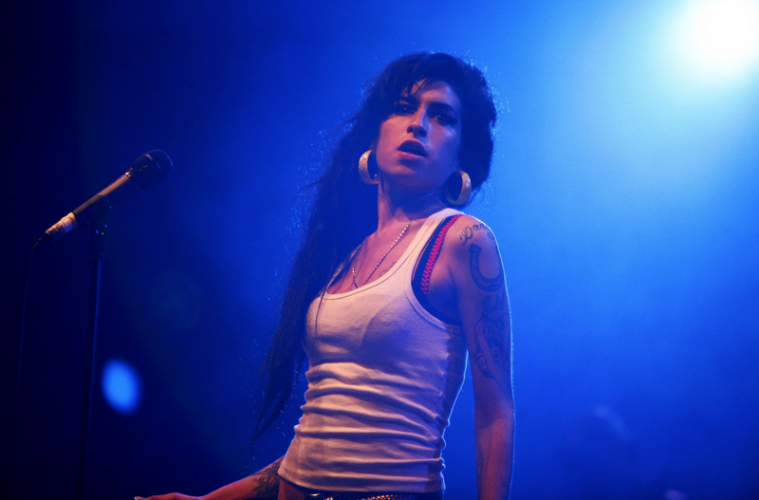 Where a lot of recent Eastwood pictures (Changeling, Hereafter, even Jersey Boys) contain patches of awkwardness, American Sniper — particularly in its war sequences, which Joel Cox and Gary Roach edit with white-knuckle precision — exhibits a riveting level of control. This may just be the result of well-matched material (a character study about a born-and-bred cowboy nicknamed “the Legend” could hardly be more perfect for a myth-minded director like Eastwood); regardless, few images this year left me as pinned to my seat as the sight of a bearded Bradley Cooper situated behind his rifle, the camera pushing in on him as he grazes his cheek against the weapon. (Tom Stern‘s washed-out, overcast palette here is customarily striking.) Credit Eastwood, too, for offering a balanced portrait of Chris Kyle, wisely (and uncomfortably) pitched between patriotism and reflective critique. The movie is disturbed by Kyle’s values even as it attests to their authenticity. – Danny K.

Asif Kapadia came onto most cinematic radars in 2010 with his BAFTA award winning Senna, a terrific documentary on the life and tragic death of Formula 1 race car driver Ayrton Senna. The subject matter of his follow-up documentary doesn’t seem, at first, to be a million miles away. Amy, which screened out of competition in Cannes, follows the meteoric rise and tragic fall of the late singer Amy Winehouse. It is a devastating, infuriating and sometimes breathtaking watch, and through his remarkable editing, Kapadia finds some startling truths lurking behind all the music, tabloids and nonsense. – Rory O. (full review)

Perhaps Jason Bateman is tired of playing the likeable voice of reason amongst more idiotic counterparts, an character that his iconic turn as Michael Bluth on “Arrested Development” has typecast him into performing ever since the show’s cult success. Whether it’s Horrible Bosses, The Change-Up or Identity Thief, he’s played some variation of the consummate straight man with unparalleled comedic timing. With his directorial debut, Bateman has finally found a role that will let him prove he can be the mercurial, loudmouth dickhead, while everyone else on the periphery can attempt to appeal to whatever morsel of humility he may have left. – Jared M. (full review) If they’re well-executed, debates can be an incredible centerpiece for any dramatic work — especially cinema, given the many possibilities that its visual rhythms open up. Now, whether or not those filming the infamous 1968 debates between Gore Vidal and William F. Buckley had that in mind is unclear, the reverberations it had are ample material for a documentary, and on Best of Enemies is that the film captures many fascinating aspects of this crucial point in TV history. – Nick N.

The freewheeling, frothy tone of Guy Ritchie’s The Man from U.N.C.L.E. fits in perfectly with what has, so far, been a year full of light-as-air spy films. James Bond’s latest, Spectre, looks to buck that trend come the fall, but right now silly hit-and-run action antics are the name of the game. From watching Tom Cruise once more prove a one man army in the slap-dash Rogue Nation, to Colin Firth dispatching baddies with a smirk and a bespoken suit in Kingsman, there’s been a most welcome return to the breezier, more stylish concerns of older spy fare. Eventually Ritchie was going to get in on the game, and the result is just about what we’d expect. Moreso than the other recent entries, U.N.C.L.E. is positively in love with the deep-down roots of the genre and the era that spawned them. – Nathan B. (full review)

The mere mention of BBC Films conjures gentle images of passive Sunday-afternoon TV movies with some nice acting, nice costumes, and a nice score, all resulting in some nice conversational material for Monday’s afternoon tea. Bill Condon‘s Mr. Holmes, the latest BBC Films release, fits perfectly into that stereotype. It’s a cheap antique of a film, and, like most BBC-produced products of its kind, is well-behaved and well-acted while lacking in direction and a use of the medium. – James K. (full review)

Sebastián Silva is a director who strives for the unexpected. Both premiering at Sundance a few years ago, Magic Magic and Crystal Fairy are wild movies, often veering into strange and dark territory. Even if the tonal or structural gambles don’t always payoff, it’s refreshing to see a filmmaker take those kind of chances. Silva does that yet again with Nasty Baby, which begins as a great romantic comedy that becomes an entirely different beast by the end. – Jack G. (full review)

It’s perhaps possible that the whimsical nature of Tu dors Nicole would be rather unbearable in the form of an American studio comedy, the kind that fills the alt-programming summer slate of Fox Searchlight. On paper, the film suggests something rather slight: Nicole spends her post-college summer at her parents’ house while they fly away on vacation. She works at a local donation store, fights with her punk-rock brother, and spends afternoons wasting away with her best friend. But under the direction of Stéphane Lafleur, this Québécois comedy takes on an air of wondrous restlessness in its minor ambitions. – Peter L. (full review)

We Are Your Friends (review)

A Room With a View