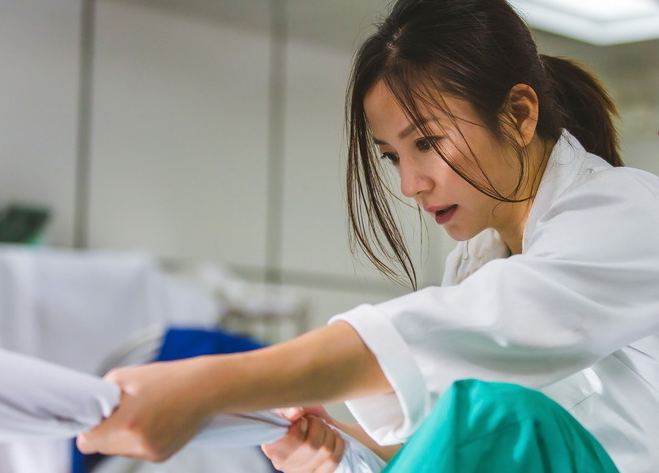 Admittedly, there isn’t much in the newest preview for Johnnie To‘s Three that wasn’t seen in a teaser that landed in April, but consider its potent mix of quick-cut, perfectly composed and lit images with classical music and, suddenly, the thing justifies existing.

Everything about Three, from available footage down to premise, has the air of vintage To: criminals attempt to free their partner handcuffed to a hospital bed, leading to shoot-outs, explosions, tensions among staff, and police efforts to stop them. (Yet again, the lack of verbalization or subtitles is no problem.) The film’s coming to the U.S. via Well Go USA Entertainment day-and-date with China on June 24.

See the new preview below (via Twitch):

Realizing that he will be defeated in no time during a police showdown, a thug shoots himself to force the cops to cease fire and take him to the hospital. In the hospital, he claims human rights to refuse immediate treatment in order to bide time for his underlings to rescue him. The detective in charge sees through his scheme but decides to play along so as to capture his whole gang once and for all.