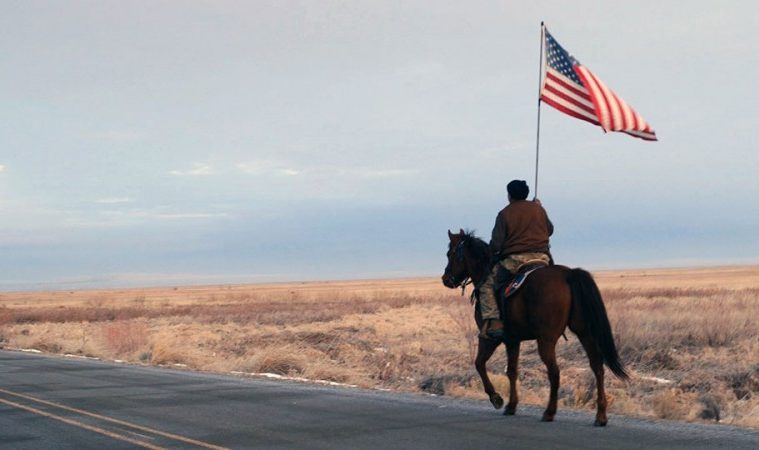 Montclair Review: ‘No Man’s Land’ Goes Beyond Headlines of the Oregon Standoff

Documentaries such as David Byars’ fascinating No Man’s Land have an important function going beyond the headlines, memes, and talking points that prove to be difficult to make sense of in the moment. The film gets to the heart of the 41-day occupation of Harney County, Oregon’s Malheur Wildlife Refuge by militants led by Ammon Bundy. The son of right-wing hero Cliven Bundy, he makes a compelling argument at times and one that should be heard in front of Congress. The tactics, however, are a form of domestic terrorism. The protest is against the politics of the Bureau of Land Management (which unfortunately, and confusingly, shares an acronym with Black Lives Matter) which prohibit grazing on public lands, starving independent ranches and making American ranchers less competitive than their international competitors. They argue in favor of liberating federally protected lands in the west, giving back control to states and regional governments.

Byars embeds with both the militia — including Ammon and brother Ryan Bundy, the spokesperson for the movement — and Jason Patrick, who provides an entry point into the story, laying out an apolitical argument for the occupation. Fleshing out the story, Byars includes interviews with journalists including Linda Tirado, along with County Judge Steve Gratsy and Sheriff Dave Ward, all who provide additional context on the occupation and their goals of ending the conflict peacefully. The occupation spreads like wildfire online as the Bundy clan and other self-styled patriots take to social media encouraging folks to come to Malheur and prepare for a showdown with the federal government.

Meanwhile 30 miles south of Malheur in Burns, Oregon, the town goes into a panic, closing the local high school as citizens speak out. Nationally the story trends with hashtags Vanilla ISIS and Y’all Qaeda and the usual jokes on late night TV. No Man’s Land provides a definitive summary of the events as they unfold with the kind of journalism that is difficult to do in the moment and perhaps impossible to do within a 24-hour news cycle that seems to demand the same images and talking points are repeated in live coverage.

An essential guide to the occupation and the fall-out, the film summarizes the issues without sensationalizing the event as the protests fails. In one dramatic sequence Byars includes cell phone video, dash cam and aerial photography, knitting together an understated action sequence that works well without betraying the film’s tone.

No Man’s Land is a riveting, comprehensive documentary that I only wish included more civilian voices in Burns, a community that will quickly recover. Given the lack of prosecutions in the case, one assumes it’s only a matter of time before the brothers Bundy mount another stand.

No Man’s Land screened at the Montclair Film Festival.