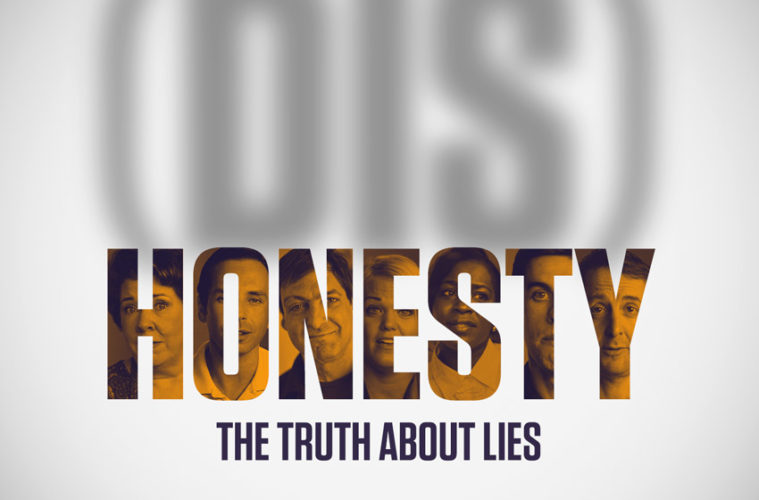 Inspired by Dan Ariely’s book of a similar title, (Dis)honesty: The Truth About Lies provides anecdotal experiences with various justifications for lying alongside Ariely’s research at Duke University’s Center for Advanced Hindsight. Produced in conjunction with MSNBC, who will air the film after its theatrical and VOD release, the film has as kind of TV journalism quality, simplifying each of the anecdotes it offers. The challenge of crafting a film about behavioral psychology notwithstanding, truth be told, (Dis)honesty held my attention without demystifying the many kinds of lies we tell every day.

While lying may be black and white in the heart of each story, there is some justification from Kelley Williams-Bolar, the Ohio mother who enrolled her children in her father’s more effective school district, as well as cyclist Joe Papp, who engaged in blood doping simply as a means of keeping up with everyone else. Less justified in their actions are the white-collar criminals we’re introduced to, including Garrett Bauer and Matthew Kluger, Wall Street types that traded on insider info and paid the price when the SEC came calling after 17 years, and MCI/WorldCom’s Walter Pavlo whose accounting magic evolved from understating debt to full-fledged embezzlement. Other anecdotes include lies of omission from Eric Nelson, a housewife who begins a relationship with a man she met on Ashley Madison to Marilee Jones, an MIT admissions officer who never bothered to correct a lie years ago, allowing a narrative to expand by simply not recognizing it.

The first directing credit for veteran documentary producer Yael Melamede, the picture remains focused on the cause of the lies verses what follows, cutting off many of the subjects before they have a full “come to Jesus” moment. The picture is less interested in what follows for each (although in many cases it is jail time) nor is the film interested enough in establishing biographies before their dishonesties. As Ariely argues, dishonesty is the cause of many factors more or less in the present, notably motivated by cultural factors including self-modulation. The experiments conducted range from motivated testing to social experiments in DC and New York bars (it turns out New York bankers lie more than congressional staffers). Passively engaging, (Dis)honest: The Truth About Lies is not without fascinating passages, but while the science is interesting the anecdotes are very straight-forward. These stories should be stylized to the point at which they become a parody of Errol Morris as it feels as if This American Life’s extraordinary storytelling covered similar ground years ago in a more interesting way.

(Dis)honesty: The Truth about Lies screened at the Montclair Film Festival and will open on May 15th in Los Angeles at the Laemmle Playhouse and May 22nd in New York at the IFC Center.