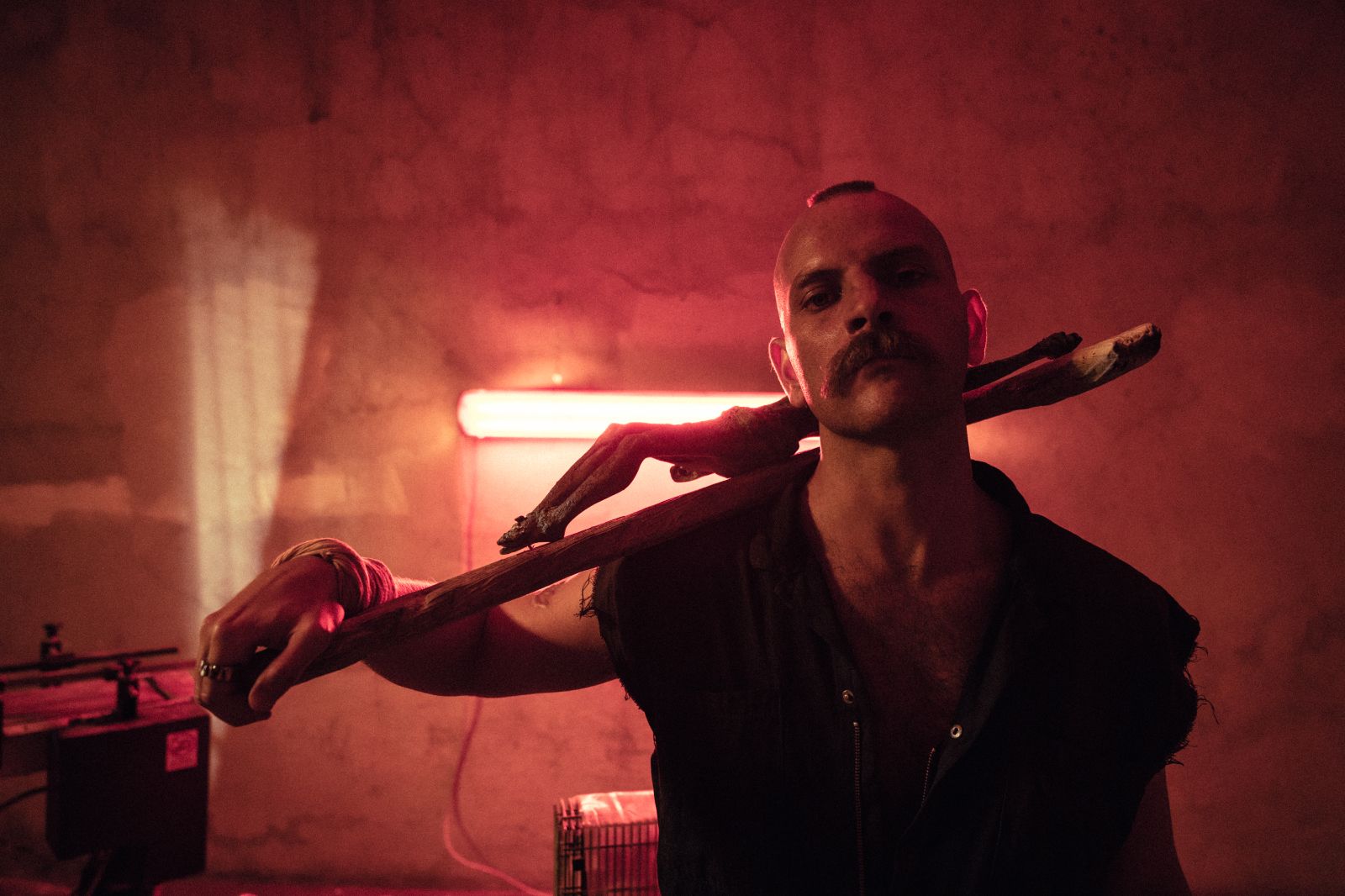 Sometimes it can be a little sad to watch a director blatantly make a bid for mainstream American acceptance (or rather future Marvel gig), and in the case of Mondocane (Italian for Dogworld) this couldn’t be more apparent. What seemed an exciting prospect, a potential throwback to trashy Italian post-apocalyptic films (or just a bleak arthouse sci-fi), Alessandro Celli’s feature debut rather feels like minor adjustments to an ’80s Amblin fantasy film above all––a few more blatant references to child molestation notwithstanding. Though perhaps having children as the protagonists should’ve been the tip-off to what flavor of sci-fi adventure we’d be getting, one still replete with sleek nighttime motorcycle chases and gunfire to feel just “modern” or “adult” enough.

A brief title crawl informs us the Italian town of Taranto is now a wasteland devastated by climate change, a power plant blotting the skyline and barbed wire guarding the borders. Two orphaned boys, the optimist Pietro (Dennis Protopapa) and pessimist Christian (Giulano Soprano), survive day by day and, of course, still find themselves looking for a father figure amidst the wreckage of this devastated society.

It all leads to them falling into a gang of child criminals led by the mohawked Fagin figure Hothead (Alessandro Borghini). The boys soon find themselves living in the fast lane, partaking in robberies and raves scored to LCD Soundsystem and James Blake. But in usual rise-and-fall crime film fashion, the fun can’t last forever. The rift between the boys grows to deadly ends as the juvenile delinquent army comes under more heat from local police. We even get the parallel narrative of a motherly cop figure (Barbara Ronchi) tending to a young female escapee (Ludovica Nasti) of the gang and cementing the film as having the kind of moralist bent of a ’30s Hollywood gangster picture like Dead End, thus telegraphing the inevitable conclusion even more.

This kind of familiar territory doesn’t necessarily mean an instant failure of the film, though, if it at least had enough exciting style to spare. Yet there it goes a similarly uninspired route—the action just competent staging of another gunfight where the camera hovers behind someone’s shoulder while they fire a machine gun in a container park. And for the dystopian landscape, if to bring up Italian trash again, look at how a true grindhouse craftsman such as Sergio Martino could use a minuscule budget in something like 2019: After the Fall of New York to still cram as much detail and “stuff” as possible. Celli’s film seems content with simply a prestige television look that appears to be working around a preexisting location as much as possible instead of developing a new world. For what’s supposed to be a post-apocalyptic landscape, what you get seems more like an unremarkable city that a tourist’s European train-ride barrels through. If anything, something so wholly dependent on parts from the past to depict the future is the most dystopian prospect.

Mondoncane opens in limited theaters on May 20.